Nick Cassidy is sceptical about his chances of defending his Super GT crown, fearing Nissan might run away with the championship in the final three races of the season.

Cassidy and his teammate in the #1 TOM’S Lexus Ryo Hirakawa moved into the lead of the standings with their third podium of 2018 at Fuji, but much of the race was dominated by Nissan entries.

The Impul GT-R held a 25-second lead until a pipe came loose in the final hour, while the factory NISMO car ran second before heavy tyre degradation forced it to make an extra stop.

Cassidy doesn’t expect a repeat of Michelin tyre troubles in the future and fears an engine upgrade at Sugo will pull Nissan further clear of Lexus and Honda on raw pace.

“What we saw at the last race, we still miss a lot of performance, especially around the straights compared to Honda and now Nissan,” Cassidy, who was a frontrunner in European F3 prior to his move to Japan, told Motorsport.com.

“Next race also Nissan brings another engine upgrade and I expect to be very difficult to keep the championship lead. At Motegi there are a lot of straights and Nissan has basically a 10 km/h advantage in a straight line.

“So unless I think the Motul [NISMO] car makes a mistake, they are going to be very hard to beat but I’m optimistic that compared to the rest, we’ll be in a strong position.” 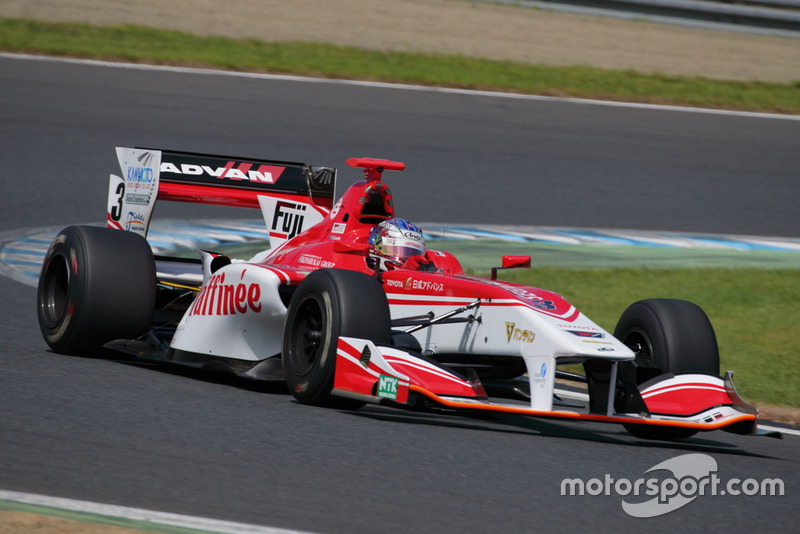 Cassidy also sits atop the Super Formula leaderboard, three points clear of Honda’s Naoki Yamamoto and defending championship Hiroaki Ishiura, and has finished outside the podium in only one race so far.

Due to similar engine architecture in Super GT and Super Formula, Honda squads also enjoy a straightline speed advantage over Cassidy’s Toyota-engined Kondo car, but the Kiwi remains fairly optimistic about winning the title with two races to go.

“Yeah, I’m quite confident in a weird way because obviously I didn’t expect to be in this position with Kondo Racing,” he said.

“Everyone in the team didn’t expect it. We are performing above our car performances. But I want to keep the same attitude towards the final two races.

“Obviously with two races to go it’s better to be three points in front than three races at front.”

“I try to pass that information to [Kondo] and see what we were doing and see things that we can improve. So we are definitely improving. I would say we are still not quite there yet.

“Now it’s not so much about bringing development, trying to do the best two race weekends we can.”