TOM'S Lexus driver Cassidy expertly controlled Saturday's race from pole, building a gap over his pursuers and then fending off a late challenge from Honda's Koudai Tsukakoshi to win SUPER GT's first standalone race against the DTM.

It followed the Kiwi driver's low-key wildcard outing in the Hockenheim DTM finale, where he crashed in practice and then ruled himself out of the race he participated in early on by going off and hitting the barriers in the tricky conditions.

"It was ok, I know my ability," said Cassidy about his DTM experience. "But the frustrating part was people questioning my ability after Hockenheim, which I think is not fair.

"This week, any condition, full rain, dry, damp, anything, I could show my strength. Maybe some people can review [what happened in Hockenheim].

"It’s been quite nice this weekend. Lexus is completely open, so [all the Lexus runners] can see what my car is or what their car is, all the Lexuses were quite close on set-up. It’s kind of nice to be similar set-up, same tyre, same car, fair fight."

Cassidy went on to reference Bottas' infamous "f*** you" message he delivered to his critics via team radio on the slowing-down lap after his Australian Grand Prix victory this year. 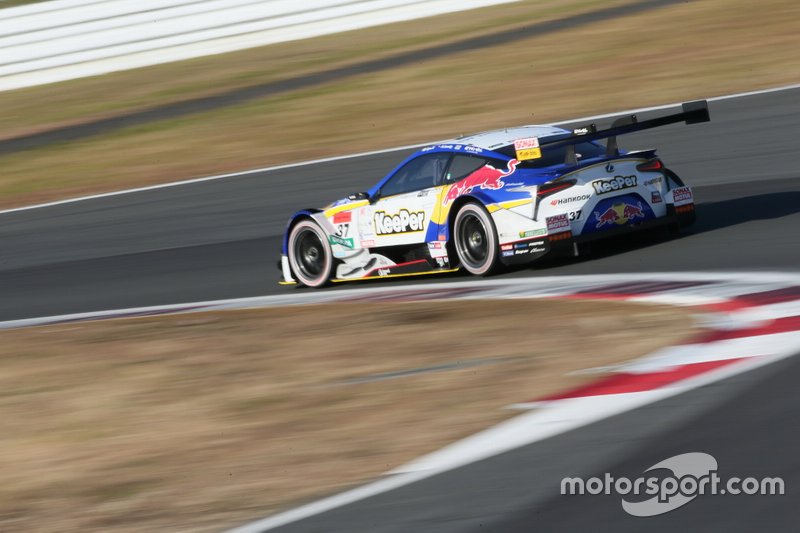 He said: "Remember Valtteri Bottas this year on the radio said, ‘To whom it may concern…’ I felt like the same."

Cassidy added that it was important to show the high level of SUPER GT after all three visiting teams struggled to make an impact in the wet at Hockenheim.

"It’s fantastic to show the level here is high and that we do know what we are doing," he said. "It looked like the opposite at Hockenheim; it was nice to put that straight.

"From a personal point of view, I crashed on lap two at Hockenheim, then I shared the car with [Ryo Hirakawa] and lap one in the race I was out. So the only session I did [in full] was Q2.

"I know as a series we looked bad, but I didn’t do much driving there."

"A couple of months ago we went to Hockenheim and we lost it so bad," he said. "This was our revenge, we really wanted to do our best and so we did.

"I’m very proud of that. It was important for us to show our potential."