Bertrand Baguette has hit out at fellow Honda SUPER GT driver Toshiki Oyu for what he sees as over-aggressive defending that denied the Real Racing squad a possible victory at Sugo.

Baguette and his teammate in the #17 Real Racing Honda NSX-GT Koudai Tsukakoshi ended up taking the final step of the podium on Sunday, despite carrying a stage one fuel flow restrictor.

But the Belgian driver is convinced that a second win of the season could have been on the cards had he been able to stay ahead of the #12 Impul Nissan that went on to take victory during his opening stint.

Having started fourth, Baguette was able to pass Nobuharu Matsushita in the #12 machine for third on lap 15 of 83, only to lose the place again five laps later after getting nudged wide at Turn 1 by Oyu's Dunlop-shod Mugen Honda.

Matsushita was then able to pass Oyu for second, with he and Impul teammate Kazuki Hiramine going on to win after the ARTA Honda that led most of the race dropped out of contention with a series of penalties.

"It’s the first time I’ve been on the podium and been disappointed by the result," Baguette told Motorsport.com. "I think he [Oyu] didn’t realise I was also in a Honda, he was defending his position like his life depended on it. We lost so much time and if I could have overtaken him at that time, we would have won the race." 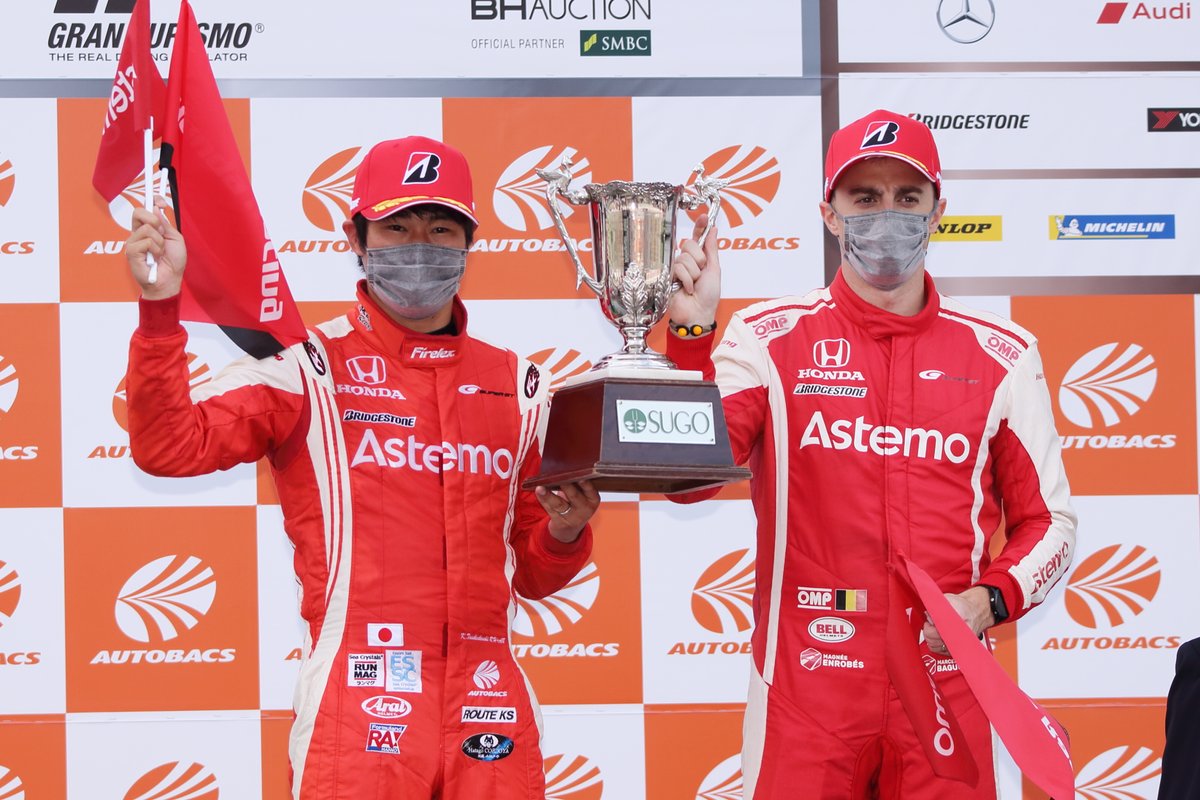 Reflecting on when Matsushita was able to repass, Baguette said: "The #16 car [Oyu] pushed me out at Turn 1. I went to the outside at Turn 1, he pushed me on to the kerb and you lose completely the front grip and by the time I came back, the #12 [Matsushita] was alongside me and there was nothing I could do.

"I just don’t understand why Oyu was defending like this. It’s stupid. When you are racing another Honda, and your tyres are destroyed, why do you have to drive like this? He’s going to get overtaken anyway, and we are fighting for the championship…

"I drove five years for Dunlop [with Nakajima Racing] and I never drove like this when I raced against another Honda. I think Honda lost the win today because of this and I am angry about that.

"It’s difficult because they [Mugen] are fighting to get results for Dunlop and we are using Bridgestone, but I think they can be more respectful and it would be nicer for everybody."

Having lost what would become the lead position following the ARTA penalty fiasco, Baguette and Tsukakoshi conceded another place in the closing stages, as Naoki Yamamoto in the #1 Team Kunimitsu Honda jumped ahead of Tsukakoshi as the final full-course yellow period ended.

It means Yamamoto boasts a healthy 14-point championship lead over Baguette and Tsukakoshi with three races to go.

"[Tsukakoshi] hit the pit lane limiter when the FCY ended, and we lost the position," said Baguette. "If we could have stayed in front of Yamamoto, we would be only six points behind [instead of 14].

"I think they got a bit lucky with the safety car, but they always have a fast car in the race and Naoki is doing a great job. We lost a place with the FCY, and you cannot afford those kinds of mistakes to fight for the championship."

Yamamoto: Nobody would have predicted this result

Yamamoto took a big step towards what would be a third GT500 title in four years after he and his teammate in the #1 Honda, Tadasuke Makino, shrugged off their stage two fuel flow restrictor to finish second. 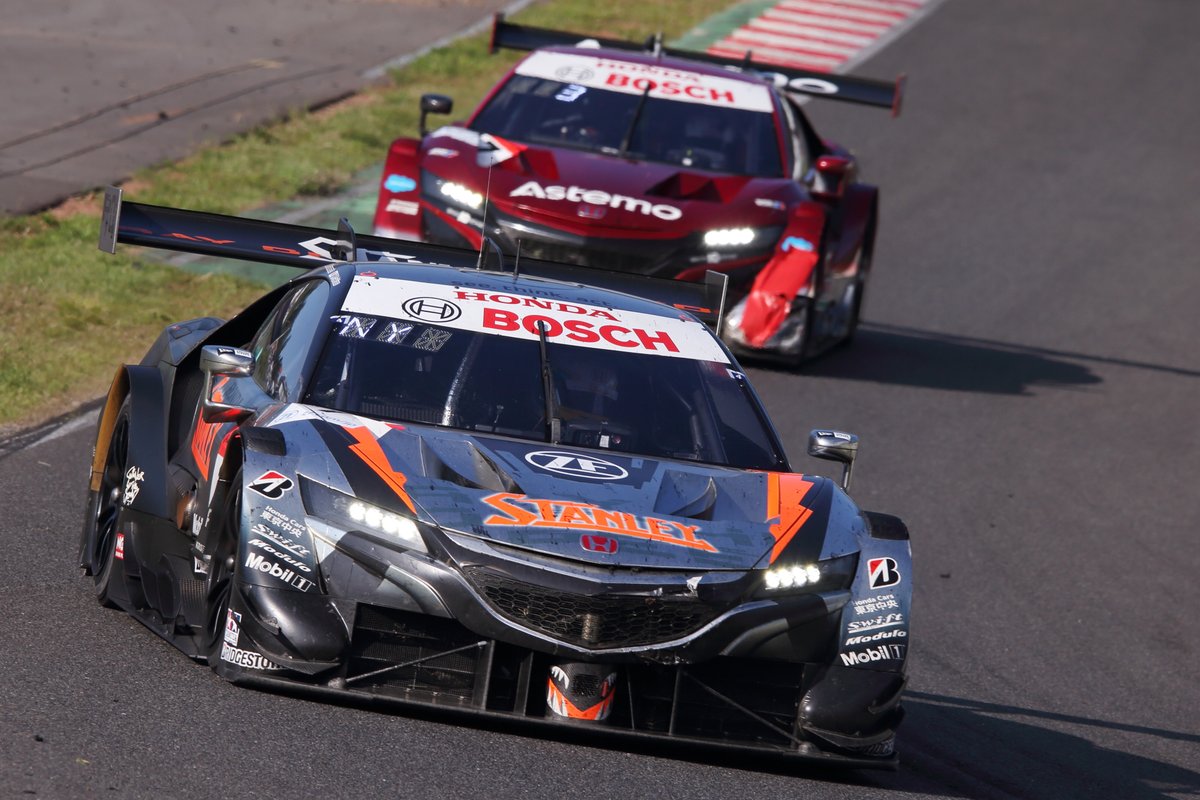 Makino took the start from 10th and pitted to hand over to Yamamoto at the minimum cut-off of lap 27, but a combination of the undercut and strong pace for Yamamoto at the start of the second stint meant the #1 machine was up to fifth place after the pitstop phase.

The ARTA Honda's series of penalties, combined with passes on both Ryo Hirakawa's #37 TOM'S Toyota and Tsukakoshi, promoted Yamamoto and Makino to the runner-up spot come the finish.

"I don't think anyone would have predicted this finishing order," said Yamamoto. "It wasn't just that we had good pace, but it also helped that the cars around us were not able to increase their pace.

"After seeing the first stint, I was resigned to a tough race, but we managed to refuel quickly and we gained some places, and the tyre warm-up felt good, so I could push as hard as I wanted from the out lap.

"The safety car and the FCY helped us, but because we are fighting the #17 car for the championship, I really wanted to get ahead of them too. We didn't just maintain the gap in the standings but extended it too, so it was a good race."