Bertrand Baguette believes that he and Real Racing teammate Koudai Tsukakoshi remain a match for any of Honda's other SUPER GT driver pairings featuring younger drivers, ahead of his third season with the team.

Baguette and Tsukakoshi, who share the #17 Honda NSX-GT again in 2021, are 35 and 34 years old respectively and can boast a combined 19 seasons of GT500 experience.

However, Baguette says that he and Tsukakoshi being the only 'all-veteran' driver pairing in the Honda stable has its benefits, likening their situation to that of vastly experienced Cerumo Toyota duo Hiroaki Ishiura and Yuji Tachikawa.

"Of course I believe myself and Koudai can beat anybody else out there, and if you don’t think like that it’s better not to race," Baguette told Motorsport.com. "But Honda has done a strong job on the line-ups for the Bridgestone-tyre cars. All six drivers are really strong.

"In 2019 one of our strengths was qualifying speed, but for some reason last year it was our weakness. We didn’t qualify as well as the #1 [Team Kunimitsu] or the #8 [ARTA]; I don’t know why. That’s something to work on before the season.

"But I think we’re the strongest in the races. We both attack a lot but without making mistakes, last year we made very few mistakes. I hope we can do that again this year, but if we can qualify better that will be a big help.

"[Compared to the young drivers] maybe we have a better idea of when to push and when to back off and ensure we get a result. Maybe we are calmer as well, especially when we are a bit slow in qualifying or something bad happens.

"We're a bit like ZENT [Cerumo #38 car] within Toyota. Always they are staying calm and getting results. So maybe we are like the ZENT of the Honda teams!"

Baguette and Tsukakoshi finished third in the standings last year, losing out on the title to fellow Honda drivers Naoki Yamamoto and Tadasuke Makino in a dramatic Fuji finale.

Since then, Tsukakoshi has been in action for Real Racing in two private test outings, with Baguette joining his colleague for the latter of those last month at Okayama.

Baguette is predicting another "tough fight" between Honda and rival marque Toyota on the evidence of that test, which he says provided a useful starting point for working out why he and Tsukakoshi couldn't sustain their strong early form until the end of the year.

"The car is very similar to the one we had last year as the manufacturers haven’t been able to do much development," he said. "We need to understand what happened at the end of last year. We had a strong beginning of the year, the end was a bit weaker.

"Okayama was a first part of the process of understanding what happened last year, of investigating new set-ups. We learned a lot about the car, and a new way to set it up. The issues we had were pretty similar to the ones we had the end of the year at Fuji.

"This year it will be important to be competitive at the end of the year. That’s what we missed last year. We need to be strong for Motegi and Fuji, the final two races, to win the title."

Baguette said that this year's more conventional schedule will have drawbacks as well as benefits for he and Tsukakoshi, given fewer races will take place in the summer in 2021 compared to last year's back-loaded, COVID-19 impacted season.

The Belgian also noted that fellow Honda team Mugen's switch from Yokohama to Dunlop rubber could change the complexion of races.

"The season going back to a normal schedule means less hot races this year," said Baguette. "Having a few races in July and August last year worked well for us, so it’s a bit of a shame [about the schedule] because it seems our driving style works well when it’s hot.

"Also now there are two Dunlop cars in Honda, and we saw last year the Dunlop was really strong in qualifying. So that could be another parameter: two Dunlop cars qualifying well in every race. That makes a difference, it’s potentially another car to overtake in the race." 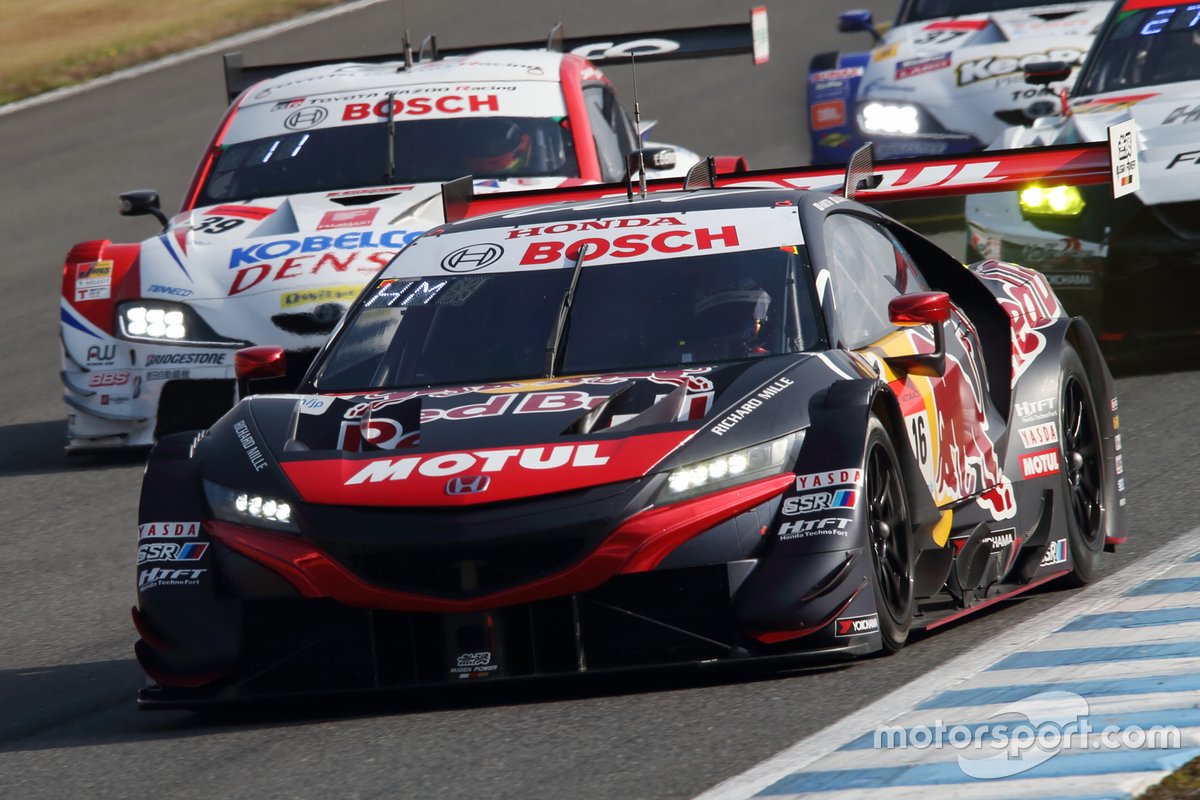