After a Nissan Z 1-2 in a rain-affected Sugo race earlier this month, the Yokohama brand is sitting pretty with three of its four crews occupying the top three places in the drivers' standings.

But more importantly, the gap back to the best-placed car from Toyota and Honda respectively - the #37 TOM'S GR Supra and the #17 Real Racing NSX-GT, are right on the cusp of the all-important threshold to stay in title contention come the all-important title decider at Motegi in November.

The maximum points haul in one weekend for any SUPER GT team is 21. TOM'S Toyota pair Sacha Fenestraz and Ritomo Miyata are currently 18 points adrift, and so only have a three-point margin of further ground they can afford to concede to the leaders before they are mathematically eliminated.

For Real Racing duo Koudai Tsukakoshi and Nobuharu Matsushita, the situation is even more stark, as they sit 20 points down and would need to win this weekend to give themselves a chance to win a tiebreak at Motegi.

SUPER GT points standings after Round 6:

The good news for Nissan's rivals is that the #3 NDDP Racing (Katsumasa Chiyo/Mitsunori Takaboshi) and #12 Impul (Bertrand Baguette/Kazuki Hiramine) cars will both be carrying stage one fuel flow restrictors, while the rest of the field will be running with success ballast only as the handicap weights are halved.

Another positive is that Autopolis looks set to be blessed with sunny weather this weekend; any repeat of the rain we saw at Sugo and you may as well hand the #3 car the trophy now, such was Michelin's advantage in the wet.

But the pressure is well and truly on for both TOM'S and Real Racing to come up with the goods this weekend and not allow Nissan, and in particular NDDP duo Chiyo and Takaboshi, to gain any more ground.

Fenestraz and Miyata are still in the championship hunt thanks to their first win as a duo at Fuji in August, but a haul of just five points (eighth at Suzuka, ninth at Sugo) since then means they now find their hopes of becoming SUPER GT's youngest-ever GT500 champions hanging in the balance.

"Sugo was not what we expected," Fenestraz told Motorsport.com. "We had the wrong tyre choice for the whole weekend, we were a step behind compared to the other [Bridgestone] cars. Car #12 [Impul] made the right choice and they were flying even though they were heavier than us.

"We are a bit further back, but it’s definitely not over and we still have a chance. There’s no more room for mistakes, we have to nail the final two races." 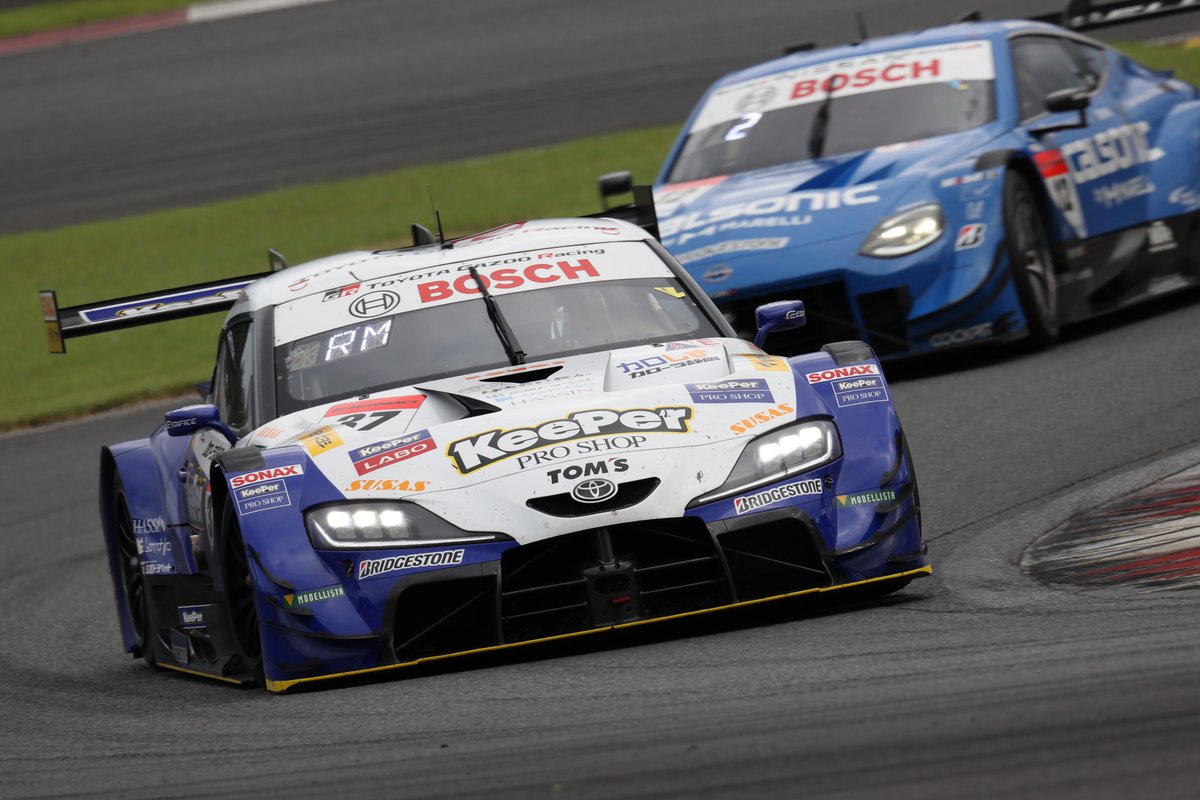 One clear disadvantage for the Toyota camp this year is that Motegi has reprised its traditional role as the venue for the title-decider, after two years of the finale being held at Supra-friendly Fuji. According to Fenestraz, this only heightens the importance of a good showing this weekend for TOM'S.

"At Motegi we haven’t been very quick in the past, so I think it might be a bit hard for us; even TOM’S in Super Formula seems to struggle there," admitted the Franco-Argentine driver.

"Autopolis is my favourite track in Japan, so hopefully we have a chance there. We have to score as many points as we can, even if we don’t win, that will be important for the final round.

"But Nissan is the main competitor. I won’t be surprised if they win the championship, they have been very quick all season. Every race they have been there, Toyota has been a bit more up and down."

For Honda, the situation is slightly different. Motegi is firmly NSX-GT territory, but Autopolis is less so. Before ARTA's win last year, which was heavily aided by success ballast (Autopolis was Round 6 last year, so full ballast still applied), the marque's previous win at the Kyushu venue was way back in 2007. 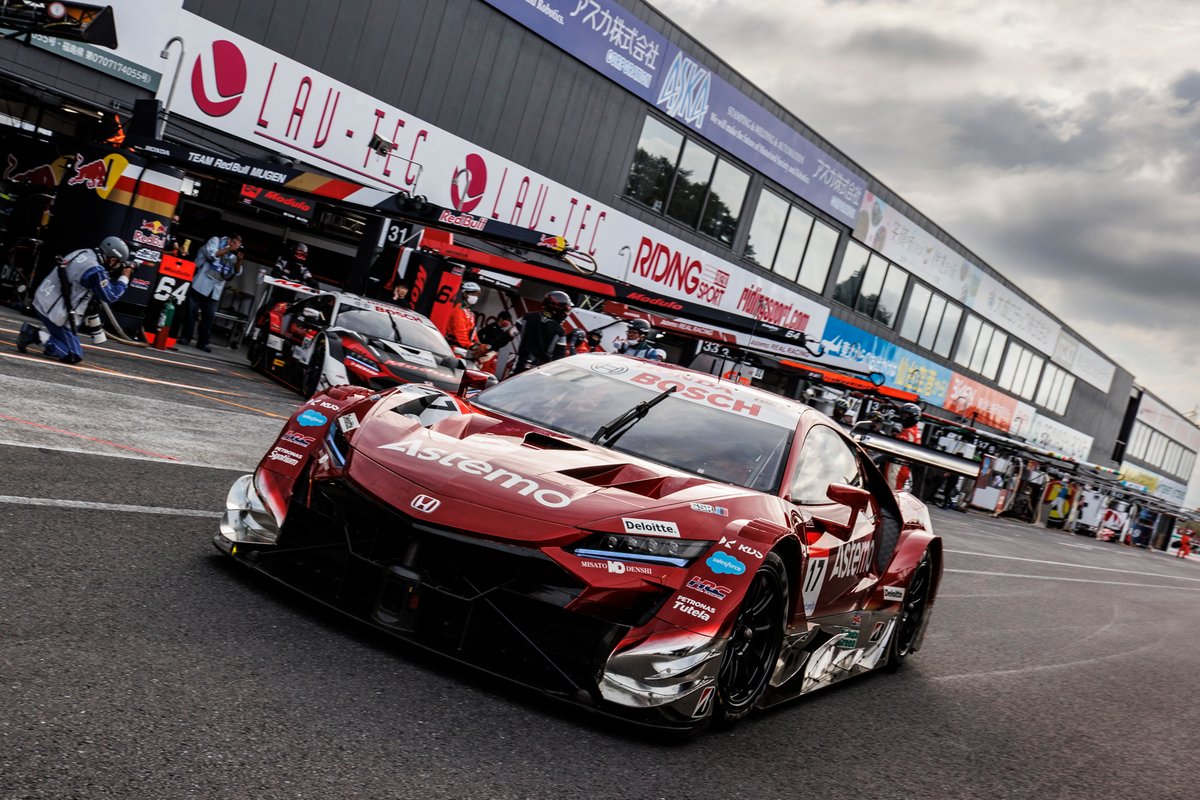 But Real Racing simply can't afford to lose any more ground this weekend, something Matsushita is keenly aware of after a disastrous run to 12th place for he and Tsukakoshi at Sugo.

“We had a problem with the radio antenna, so we couldn’t communicate with the team properly,” explained Matsushita, who is still chasing a first GT500 win as a Honda driver. “We chose the wrong compound of rain tyre, and our tyre was basically destroyed within two or three laps and we had no pace.

“It is frustrating because qualifying was mega. To beat Michelin was impossible, but we should have been P4 or P5, which would have put us in a good position in the championship.

“We don’t have any fuel restrictor now, so we have to be top three in qualifying and then aim for the win. We have to close the gap to Nissan. At the very least, we have to beat them.

“It’s all about this weekend. If we do well, we can give ourselves a chance at Motegi, and we have confidence there. But if we struggle, then no chance."

Although it may seem unlikely with their fuel flow restrictors, a victory for NDDP, even with the #37 TOM'S Toyota second, would guarantee a Nissan title whatever happens at Motegi. A win for Impul with the #37 second would keep Toyota's title hopes mathematically alive until the season finale.

Should Chiyo and Takaboshi somehow pull off a third win of the season, then Baguette and Hiramine would need to score at least three points, eighth place or ninth from pole, to avoid an early coronation for the #3 crew. 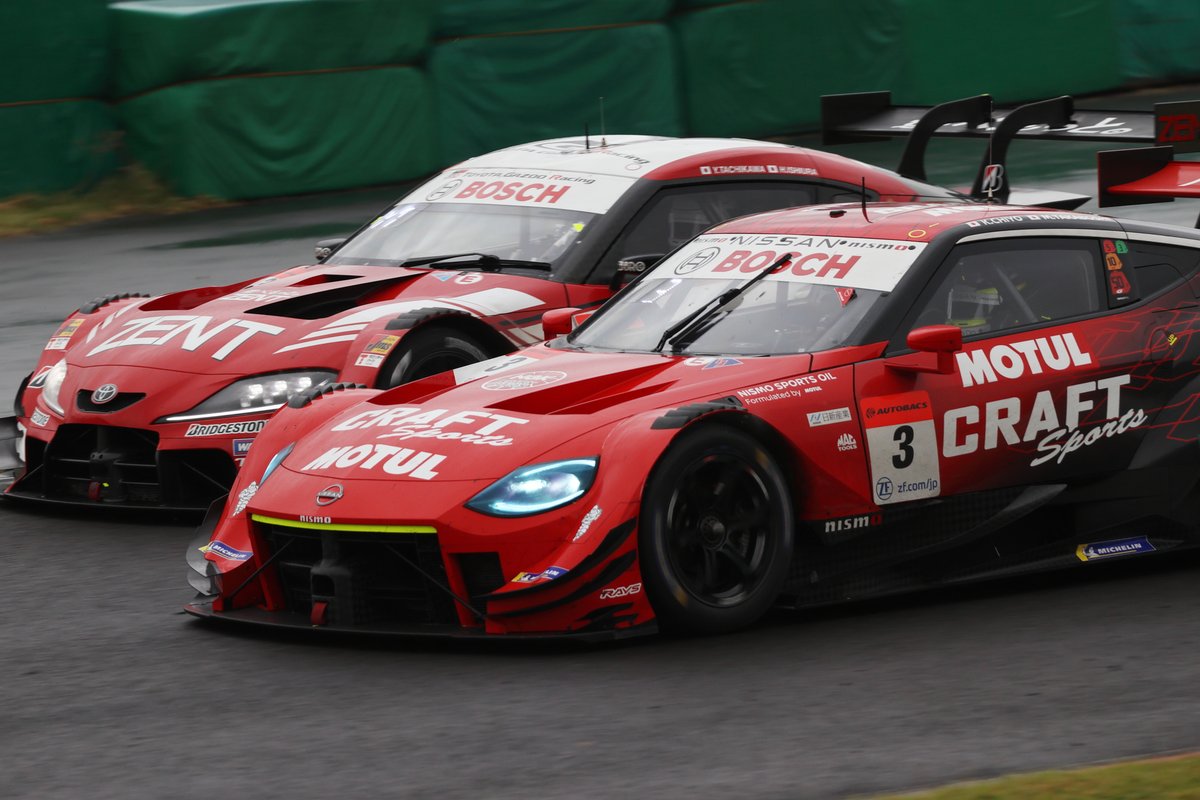