ARTA Honda chief engineer Ryan Dingle feels the team had the potential to win Wednesday's Fuji SUPER GT round even without the strange circumstances in which Tomoki Nojiri and Nirei Fukuzumi inherited victory.

Nojiri and Fukuzumi finished third on the road in a race marred, and ultimately cut short, by the huge crash involving Nissan driver Mitsunori Takaboshi along the start/finish straight on lap 59 of 100.

However, with both of the two leading cars - the SARD Toyota and #37 TOM'S Toyota - earning penalties, ARTA ended up scoring a first victory of the season for both the team and Honda when attempts to restart the 450km race in earnest following Takaboshi's accident came to naught.

"I think we had the car and the strategy to win the race even in normal circumstances, so I wanted to see if that was really the case or not."

Fukuzumi had taken the start from fifth on the grid in the #8 Honda NSX-GT, clearing his minimum drive-time before pitting on lap 36 to hand over to Nojiri, who would have been able to race to the end.

Nojiri was running fifth when the red flags came out following a crash for the R'Qs Mercedes-AMG GT3, and when the race resumed, the ARTA car gained a spot at the expense of the #36 TOM'S Toyota when both of the TOM'S cars came to blows at Turn 1 on lap 53.

At the time of Takaboshi's huge crash six laps later, Nojiri was fourth, inheriting third when the race was halted again.

"Even without the first red flag we were in a strong position," said Dingle. "Our first refuelling stop was longer than most cars, and we did a driver change.

"The #36 [TOM'S Toyota] was quick with [Sho] Tsuboi but they pitted early [on lap 28] and had a short stop, so we would have been ahead of them after the second stops, and I think the #37 didn’t have such great pace."

On whether double-stinting Nojiri's tyres at the final pitstop was an option, Dingle added: "We were discussing it, and we would have decided based on our pace. The track temperature was dropping towards the end of the race, although we would have been on the limit of tyre life." 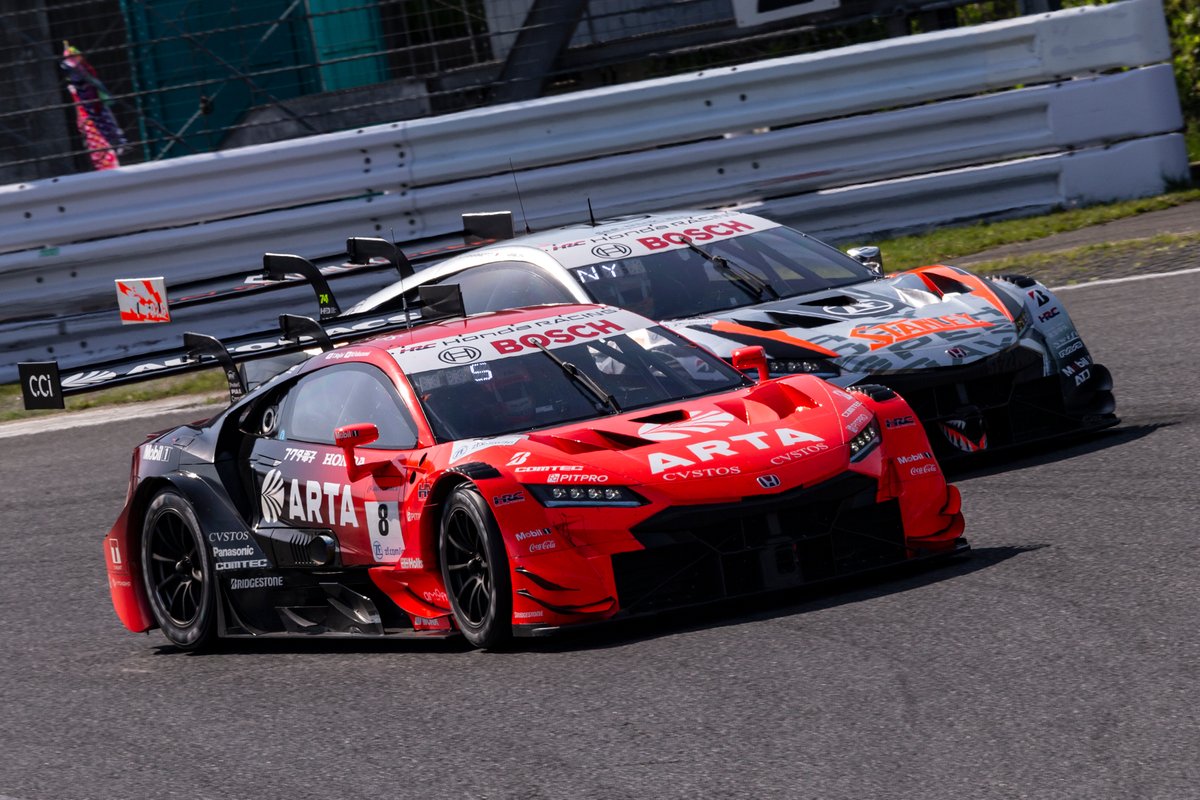 However, Dingle conceded that given the straight line speed deficit of the Honda NSX-GT relative to the Toyota GR Supra and Nissan Z, estimated to be around 5km/h at Fuji, passing on-track would have been a tall order.

"In the early part of the race we had a couple of tenths in terms of pace over the #100 [Team Kunimitsu] car, but we couldn’t even pass them on the straight despite having the same amount of drag," said Dingle. "So it would have been extremely tough to pass an undamaged Toyota or Nissan.

"That said, if we were in front, I think we could have pulled away in sector three on each lap and then just hang on along the straight. Always we set-up the car to be strong in sector three in the race at Fuji."

Dingle added that he knew the #37 Toyota was going to be handed a penalty for its Turn 1 collision, but said that SARD losing victory due to Yuki Sekiguchi's illegal inspection of his own car during the stoppage came as a bigger surprise.

"But I wasn’t watching the screens when [Sekiguchi touched his car], and to the best of my knowledge nobody in our team protested the #39 car."