ARTA went into the last weekend’s SUPER GT finale at Fuji Speedway second in the standings and in a strong position to help ensure Honda defended its title. But in the end, the team was powerless to hold back the Toyota tide.

When the Team Kunimitsu Honda NSX-GT of pre-race points leader Naoki Yamamoto was wiped out in an accident with ARTA’s GT300 car at Turn 1 on lap 51, the #8 machine of Tomoki Nojiri and Nirei Fukuzumi would have ideally been there to pick up the slack.

With TOM’S Toyota pair Yuhi Sekiguchi and Sho Tsuboi winning the race, Nojiri and Fukuzumi had to finish at least third to stop the championship escaping the grasp of Honda.

But in the event, the winners of the previous two races at Autopolis and Motegi could only manage sixth place behind five GR Supras, losing time with a rather bizarre mishap in the pits as the driver’s side door came off while Fukuzumi was changing over to Nojiri.

“When Nirei got out of the car, it looks like his back hit the door and as he stood up, it lifted the door off of its pegs and it came off,” explained chief engineer Ryan Dingle to Motorsport.com. “Normally there should be pins in the door to stop that happening, but they weren’t there.

“We’ve had a lot of issues this year - some of them are fundamental issues that are inexcusable at this level, but others are more ‘anything that can go wrong will go wrong’ kind of things. Until it actually happens, it’s very difficult to foresee.

“We didn’t change the way we assemble the door for this round, or anything like that. But when everybody is under pressure and we’re doing our best to make the pit time as short as possible, that’s when these things can happen.” 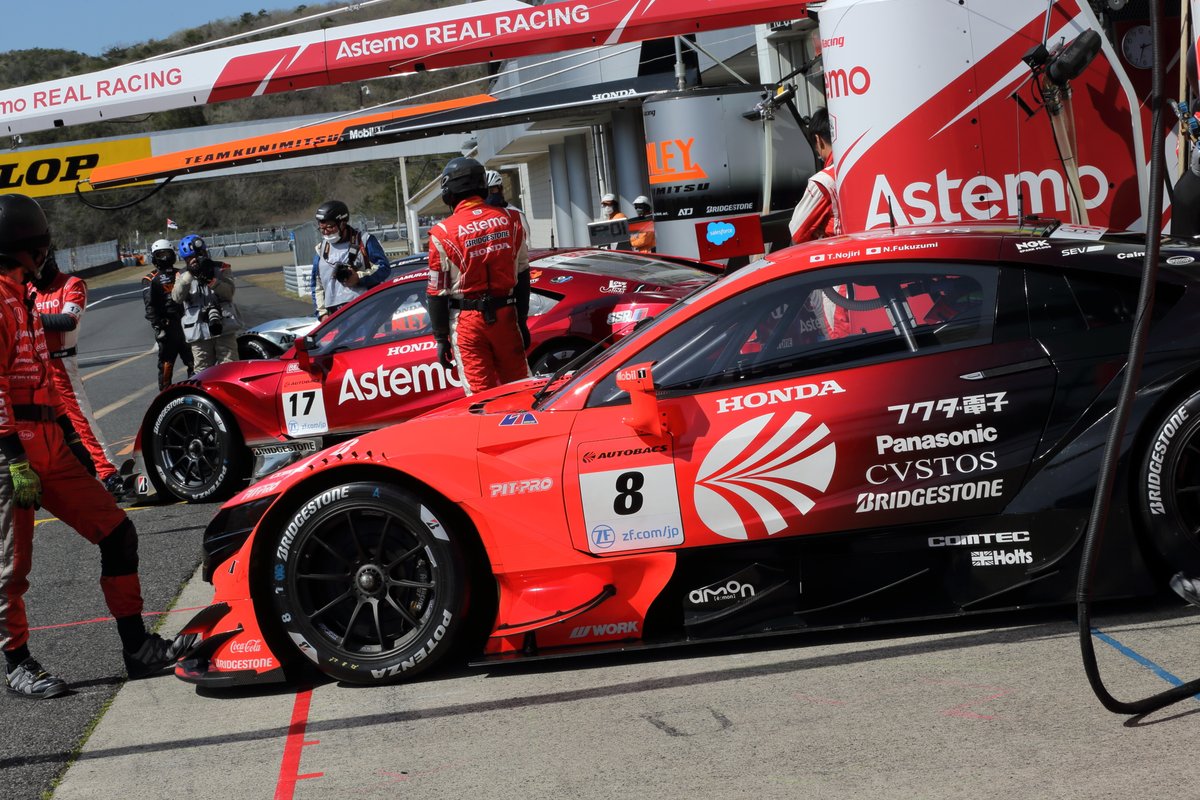 ARTA had the momentum on its side heading to Fuji, with back-to-back wins bringing Nojiri and Fukuzumi to within five points of Yamamoto in the standings. But it was clear after the pair could only put the car sixth on the grid that it was going to be an uphill struggle to challenge Toyota at a circuit that has always favoured the slippery, low-drag GR Supra.

After the time lost in the pits, Nojiri put in a strong comeback drive to pass several cars and climb as high as fifth before being demoted in the closing stages by the SARD Toyota of Yuichi Nakayama.

“We had a really strong Round 2 [at Fuji], so I was relatively confident going into the weekend,” Dingle said. “But in qualifying we could see we needed to be in the 1m25s for pole, and the car wasn’t dialled in for that kind of pace. We were lacking that last bit.

“It took some pressure away for Sunday, starting sixth meant we were the ‘back-up’ for Honda in case something happened to the #1 [Kunimitsu] car.

“We had the pace in Round 2 to fight the Supras, but in the winter when it gets cold, the air gets thicker and we couldn’t overcome the drag disadvantage. I don't know if their engine was turned up, but the #39 [SARD] car was 9-10km/h faster than us, and we were running as little wing as possible.

“We had similar race pace to the #1 car, so I think we did what we could do besides the unfortunate pit error.” 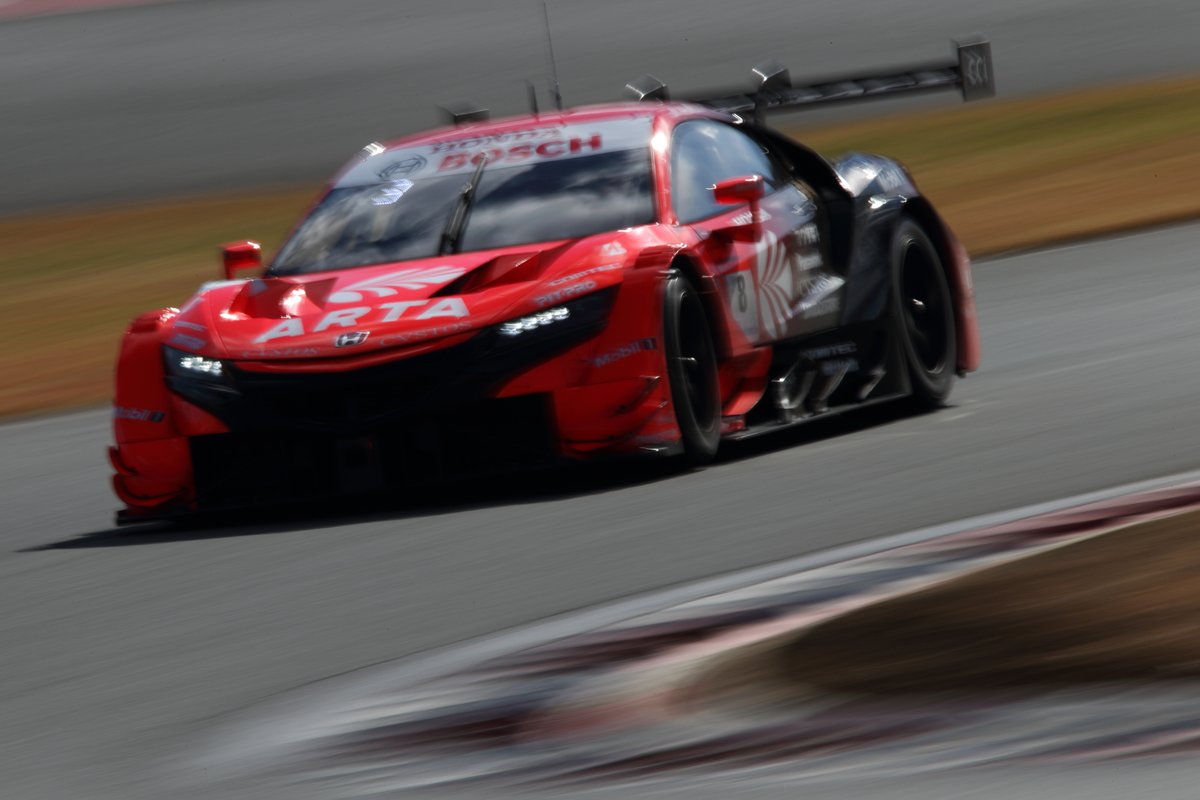 Dingle thinks the pace of the top three Toyotas – the two TOM’S machines that finished 1-2 and the pole-winning #14 Rookie Racing car that was third – was simply too great to resist, even if ARTA had been able to assemble a perfect race with no pitlane mishaps.

“We would have been where the #1 car was [fourth], if not slightly higher, but I’m not convinced we could have kept the #14 car behind because towards the end of the race we couldn’t keep the #39 car behind either.”

In the final analysis, Nojiri and Fukuzumi ended up second in the standings and only four points shy of a first ARTA title since 2007 – not to mention best of the Honda crews (level on points with Yamamoto but ahead on countback).

It was the first time the Aguri Suzuki-led squad had cracked the top two in the standings since 2009, but Dingle feels the team gave away too many points cheaply earlier in the year - with the penalty for ignoring yellow flags at the May Fuji race and the Sugo pitlane disaster standing out as the lowlights.

“We need to be better,” Dingle concluded. “We need to go into the last round like the #1 car did this year to really feel like we deserve to be champions. We want to be consistent from the beginning of the year.

“We’re just not there yet. That’s the encouraging thing [that we only missed it by four points], we know we can be there, and we have the ability to do it.” 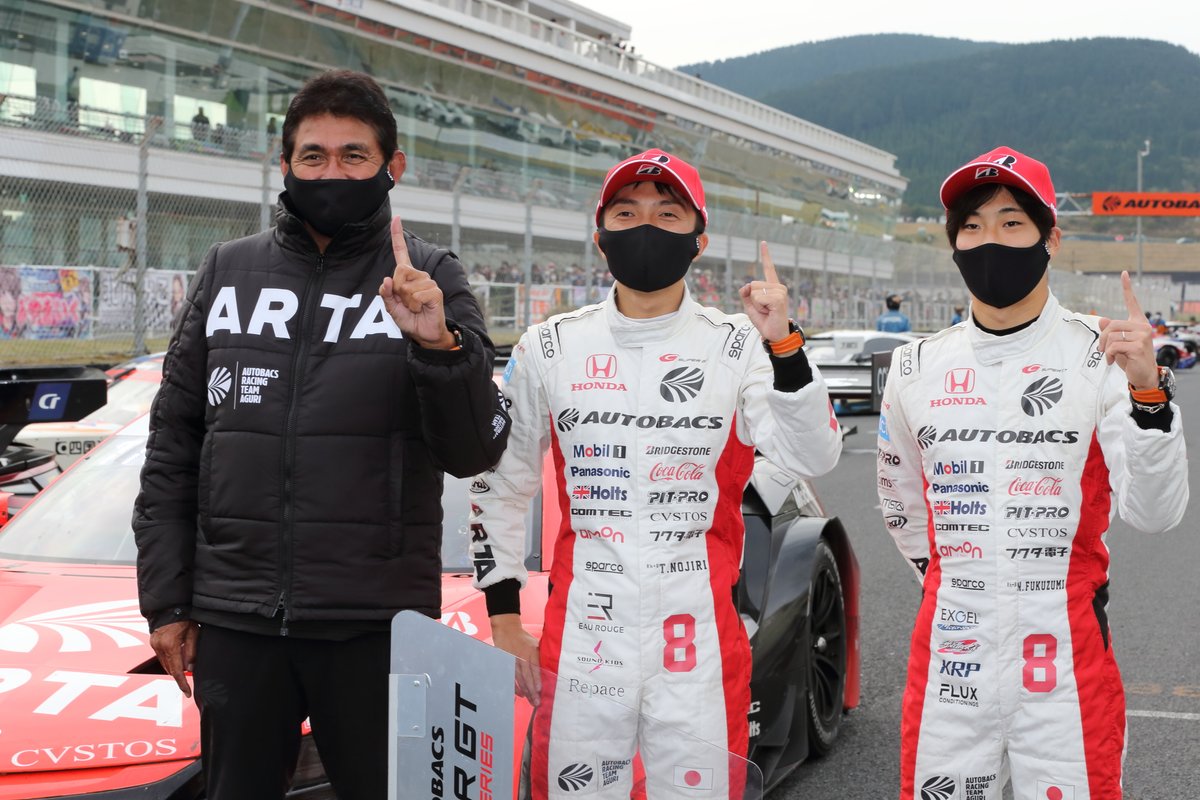