The Rookie Racing-entered machine came home 43rd out of 44 classified finishers in the fourth round of the Super Taikyu season, a five-hour race at Autopolis, with Toyota president Akio Toyoda sharing driving duties with Takuto Iguchi, Takamitsu Matsui and Masahiro Sasaki.

Ahead of the race, Toyota revealed that it had made substantial changes to the Corolla Sport, which uses the same 1.6-litre turbocharged three-cylinder engine as the firm’s GR Yaris road car but modified to burn compressed hydrogen instead of gasoline.

Toyota Gazoo Racing president Koji Sato said: “We were able to finish the Fuji 24 Hours, but only after experiencing a lot of issues, so we aimed to improve the reliability of the car.

“We completed changed the engine spec since Fuji, so the acceleration has been improved by nine percent, the weight has been reduced by 40kg, and we changed some settings such as the height of the roll centre.

“Plus, after discussing with the FIA we improved the refuelling time by 40 percent [from around five minutes to three] by upping the fuel flow rate.”

The improvements could be seen most clearly in qualifying, as the Corolla placed 37th out of 49 runners with a best time of 2m09.992s – more than two seconds clear of the fastest time in the slowest ST-5 class, and within a second of the slowest time in ST-4. At Fuji, the car was only just faster than the best of the ST-5 runners.

Toyoda, racing under his usual pseudonym of ‘Morizo’, was also keen to highlight that half of the hydrogen used by the team for the Autopolis race was drawn from local sources based on Japan’s southern island of Kyushu.

Toyoda clarified that the hydrogen-powered Corolla will also contest the remaining 2021 Super Taikyu rounds at Suzuka and Okayama. 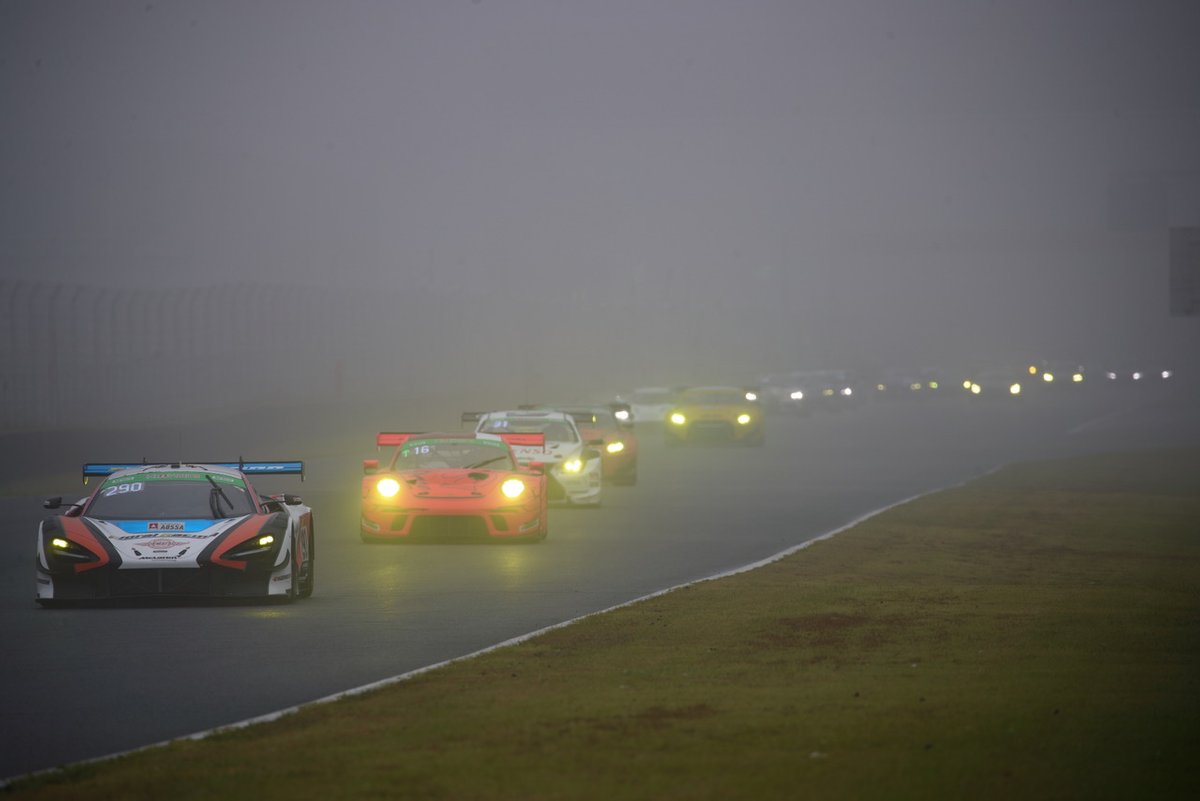 They inherited the win after GTNET Motor Sport Nissan GT-R NISMO GT3 that finished first on the road was disqualified for not carrying the mandated amount of success ballast.

The race was halted after 39 minutes due to fog, but resumed after a delay of around an hour as the weather conditions improved.