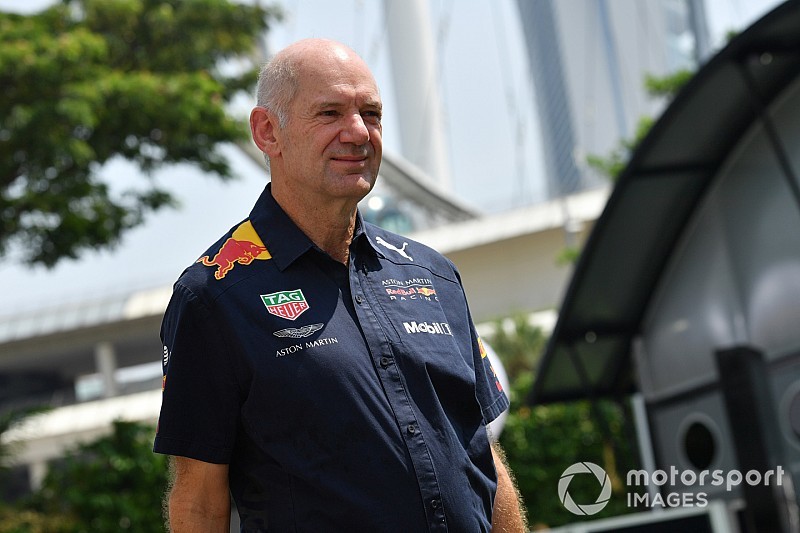 Newey will drive a Nissan GT-R GT3 in the upcoming Autopolis round on July 20-21, sharing the driving duties with Ryuji ‘Dragon’ Kumita and Joe Macari.

The 60-year-old will be joined on the grid by his own son Harrison, who will be racing a Ferrari 488 GT3 for the sister Tairoku Racing with B-Max team.

Newey Sr’s Super Taikyu entry has been made possible by an expanded two-car effort from the B-Max team, which also fields Harrison in Super Formula.

At present, Newey’s deal only encompasses the Autopolis round, with B-Max expected to scale back to one car for the remainder of the season.

Although Newey Sr is best known as an F1 designer, he has also made sporadic race experiences, most notably the Le Mans 24 Hours in 2007 at the wheel of a Ferrari F430 GT2.

Newey also owns a whole fleet of grand prix cars, some of those designed by himself.

Super Taikyu is a tin-top series that sits directly below Super GT in Japan’s motorsport hierarchy and features everything from modified entry-level production cars to SRO-spec GT3 and GT4 machines.

However, Super Taikyu races are generally longer than Super GT rounds ('Taikyu' is Japanese for endurance), with the flagship Fuji event running for 24 hours. There is also no tyre war, with Pirelli supplying all teams.