Toyota's hydrogen-powered Corolla Sport will continue to race in Super Taikyu in 2022, while Subaru and Mazda will all field new biofuel-powered entries in the series.

The announcements came in a special press conference attended by representatives of Toyota, Subaru and Mazda as well as motorcycle manufacturers Yamaha and Suzuki, on the eve of the final round of the Super Taikyu season last weekend at Okayama.

Toyota and Rookie Racing gave the experimental hydrogen Corolla its debut in the Fuji 24 Hours in May, and has made a series of improvements to the machine in its three subsequent race outings at Autopolis, Suzuka and Okayama aimed at improving the car's performance and refuelling time.

At Suzuka, Toyota claimed the hydrogen power unit had reached horsepower parity with the petrol GR Yaris motor it is based upon, and as of the Okayama round, the refuelling time had been cut from 4m30s at Fuji to 1m50s.

On Saturday, Takuto Iguchi and Masahiro Sasaki qualified the Corolla 11th of 25 cars participating in Group 2 for the lower classes (the 56-car entry was split in two), just behind the three ST-4 class cars. Along with Toyota president Akio Toyoda (competing as 'Morizo') and Takamitsu Matsui, they finished 20th in the three-hour race, 20 laps down on the ST-3 class-winning Toyota Crown RS.

The hydrogen Corolla will participate again in the ST-Q class for experimental cars next year, and it will be joined by a Toyota 86 and a Subaru BRZ both running on synthetic fuel derived from biomass.

Additionally, Mazda will enter a Demio powered by a 1.5-litre engine running on synthetic biodiesel for the full season after giving the car a surprise competitive debut last weekend at Okayama. 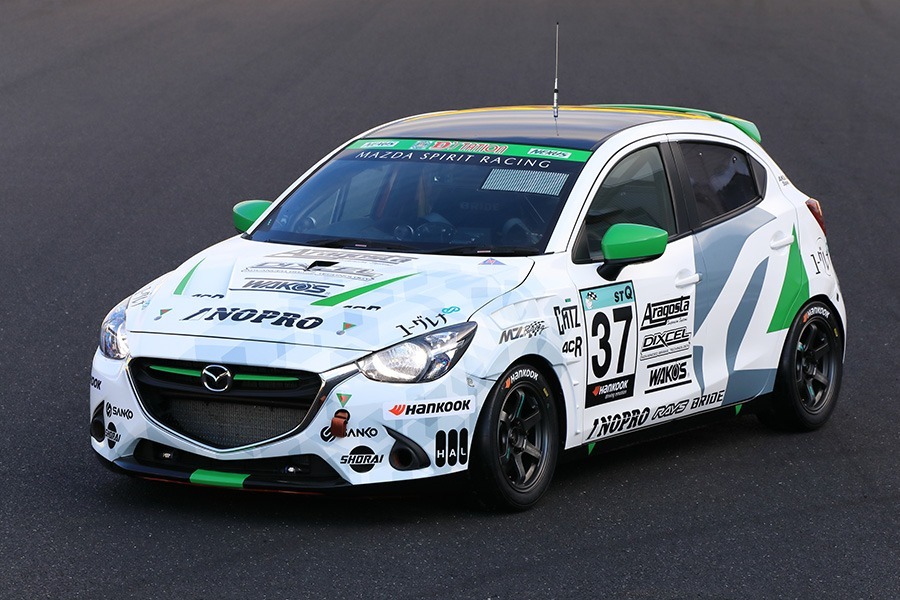 The ST-X title had already been sealed by the D'station Racing Aston Martin squad at Suzuka, with the team sitting out the finale after Tomonobu Fujii and Satoshi Hoshino were unable to complete their quarantine following the final round of the FIA World Endurance Championship in Bahrain.

Next year's Super Taikyu calendar will comprise seven rounds, commencing with a five-hour race at Suzuka on March 20. The centrepiece Fuji 24 Hours event is scheduled for June 4-5.