Reigning Super Formula champion Naoki Yamamoto says he feels close to a breakthrough with Nakajima Racing despite failing to score points for a second race in a row at Motegi.

Yamamoto's title defence officially came to an end on Sunday as he trailed home 12th and some 34 seconds down on fellow Honda driver Tomoki Nojiri, who is now on the brink of a first series title.

That followed a worst grid slot of the season so far for the Nakajima Racing driver, as Yamamoto dropped out in Q1 to line up 17th on the grid, albeit gaining places on a chaotic opening lap.

Speaking to reporters after qualifying, Yamamoto was in a dejected mood, but his outlook changed dramatically after a race in which he set the second-fastest lap behind second-place finisher Yuhi Sekiguchi.

The 33-year-old believes that with another race coming up at Motegi in October, he may be able to finally turn the tide on a disastrous campaign that has so far yielded a mere nine points.

"The start wasn't bad, I passed one car before the V-curve and I thought I could get through the mayhem [the crash involving Nirei Fukuzumi], but I had nowhere to go and the anti-stall system kicked in," reflected Yamamoto. "I lost quite a few places there, so it was a waste.

"I finished 12th and I didn’t get any points, but I’m not as pessimistic as I have been up to now. I was stuck behind the car in front all race, but if you look at my best lap, it was second only to the #19 car [Sekiguchi]. I felt the best grip I’ve had in recent times.

"I think this is a clear hint that today’s set-up was good, so I hope we can do a better result next time." 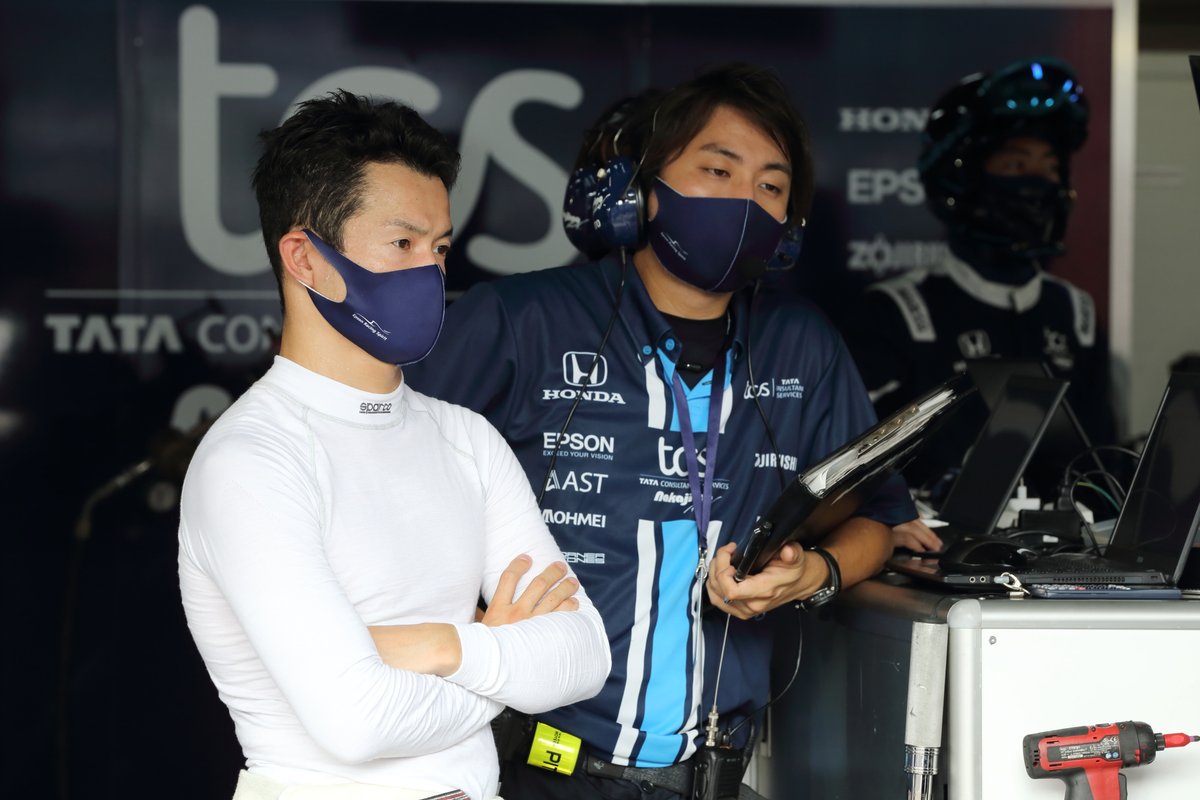 Another cause for optimism was Yamamoto outpacing teammate Toshiki Oyu in Sunday morning practice.

"At Motegi if you don’t qualify well you can’t fight, but if we can make a good car from the start, get into Q3 and start from a higher position, I think we can be strong in the race."

Motorsport.com understands that Yamamoto had taken a fresh chassis for the Motegi round, but when asked about this post-race he refused to comment.