Super Formula points leader Ryo Hirakawa admits he is sceptical about the championship's move to allow the use of tyre warmers for the final three rounds of the season.

Japan's premier single-seater series usually does not allow any tyre pre-heating, but organiser JRP announced at the Autopolis round earlier this month that it would be making an exception for December's Suzuka double-header and the Fuji season finale.

It's understood that the devices that will be permitted will be FIA World Endurance Championship-style 'ovens', rather than the blankets that are de rigueur in Formula 1.

The move appears to be a reaction to the struggles some drivers had in warming up their tyres in the previous round at Sugo, with debutant poleman Sergio Sette Camara notably crashing out of that race on his out lap before he'd got his Yokohama rubber up to temperature.

However, the Autopolis race - which also featured two formation laps to help drivers warm their tyres before the start - passed more or less without incident.

Impul Toyota driver Hirakawa, who leads the standings heading into the final three races of the year, told Motorsport.com that he disapproved of a mid-season rule change, also pointing out that it's been known for some time that the season would finish in December.

"It's the driver’s job to warm up the tyre," said Hirakawa. "At Sugo it was difficult, but Suzuka and Fuji have high-loading corners, so it should be ok without tyre warmers.

"It’s kind of annoying for me to change the rules in the middle of the season. The race strategy is changed because the tyre will be hot already after the safety car or after you make your pitstop, so it’s gonna be different. 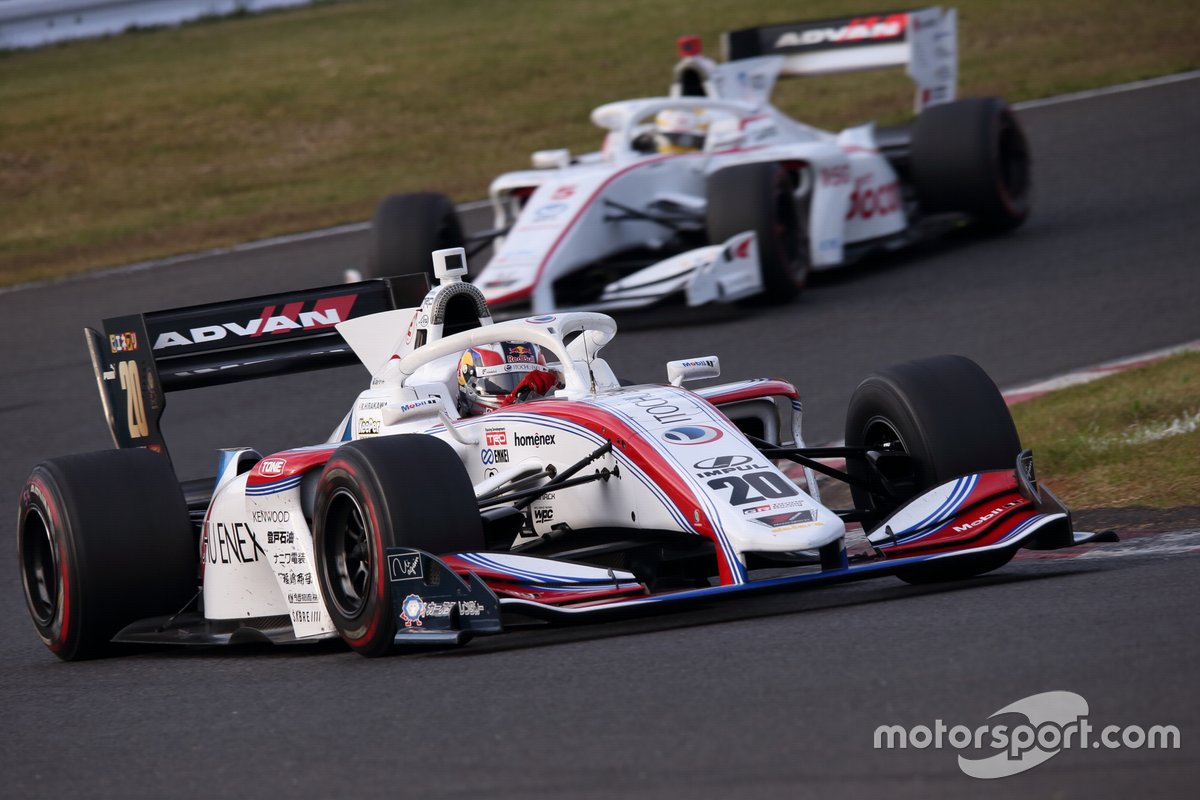 "They knew before the start of the season that we would be racing in December, so I don’t know why they are only changing the rules now."

Teams will be expected to supply their own warming devices, and some teams have experience of using them from the post-season rookie test, which traditionally takes place at Suzuka either in late November or early December when temperatures are low.

While Hirakawa said Impul has no experience of using tyre warmers, Kondo Racing's Sacha Fenestraz admitted he used them for one run during last year's rookie test.

The Frenchman approved of the principle of allowing pre-heating but cautioned the series must take care that no team is able to obtain an unfair advantage.

"It’s gonna be too dangerous if we don’t use it," Fenestraz told Motorsport.com. "I hope we can manage it well and nobody tries to cheat, or does something to make it work better.

"If they can control it well and be sure nobody is doing tricky stuff, I think it’s a good idea. But it has to be the same for everyone, because every team has their own [warmers]."