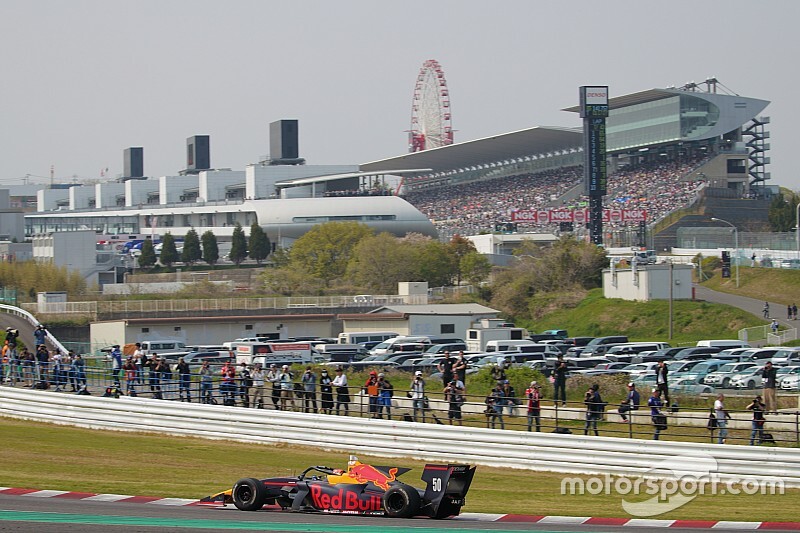 Super Formula has modified its qualifying format for this weekend's title decider at Suzuka.

As was the case in the most recent round at Okayama and at Sugo earlier in the season, the first segment of qualifying at Suzuka will be split into two parts, both featuring 10 cars - with the fastest six drivers in each session progressing to Q2.

Previously, drivers have been drawn at random into one of the two groups, but this time the points standings will determine which drivers will take part in each segment, albeit with some changes made to avoid teammates taking part in the same group.

Points leader Naoki Yamamoto will be in Group A, along with most drivers holding odd positions in the championship - including third-placed Alex Palou and fifth-placed Kamui Kobayashi, who are both still in title contention in Suzuka.

Yamamoto's nearest rival Nick Cassidy heads up Group B along with Kenta Yamashita, another title outsider who lies fourth overall, and Red Bull-backed Lucas Auer among others.

Series debutant Juri Vips, who replaces Patricio O'Ward at Team Mugen for the Suzuka round, will be in Group B.

In addition, another change to Super Formula's pit window rule has been made for Suzuka after it was first introduced last time out at Okayama.

The pit window will open at the end of the seventh lap of the 43-lap encounter and will close at the end of the penultimate tour, but this time it has been stipulated that drivers much switch tyre compounds in that time.

It outlaws the unconventional two-stop strategy used by Kobayashi in Okayama, where the KCMG driver ditched the slower medium-compound tyre for a set of softs on the opening lap and then made a further switch later in the race for more softs.

The rule was initially introduced to force drivers to spend longer than a single lap on the medium tyre, which can be up to two seconds a lap slower than the soft in race trim.

Who will prevail in Super Formula's five-way decider?