Honda protege Toshiki Oyu scored his first Super Formula victory in the penultimate round of the season at Suzuka, as the title race took another dramatic turn.

From second on the grid, Nakajima Racing rookie Oyu sat behind poleman and early leader Nick Cassidy, and gained the advantage when Cassidy's TOM'S machine suffered a terminal engine problem at the start of lap nine of 30.

Oyu was then tasked with keeping fellow Honda man Nirei Fukuzumi behind him, hanging on by just 0.462 seconds to become the sixth different race winner of the season.

Pre-race championship leader Naoki Yamamoto was another early retirement, slowing during the first safety car period with suspected gearbox dramas, and he now leads the championship jointly with Ryo Hirakawa, who recovered from 14th on the grid to finish seventh.

Yamamoto had been running third behind Cassidy and Oyu in the early stages before the first of three safety car periods, caused by Sacha Fenestraz crashing at the final chicane while dicing for position with Kamui Kobayashi - who also suffered damage and had to pit.

When Yamamoto dropped out, it was Fukuzumi that was promoted to third place, and after misfortune struck for Cassidy, Oyu was promoted into the lead ahead of Fukuzumi.

A second safety car period was triggered as Cassidy came to a halt at the outside of Turn 1, flames coming out of the back of his ailing TOM'S machine, with his teammate Kazuki Nakajima suffering a puncture at almost the exact same time.

That prompted everyone to pit with the exception of Nobuharu Matsushita and Ukyo Sasahara, who moved into a temporary one-two until their stops.

The final caution period, caused by a puncture and a spin for Yuji Kunimoto at the S Curve, prompted Matsushita and Sasahara to pit, promoting Oyu back to the lead.

It was then a matter of fending off the remaining Dandelion car of Fukuzumi for the remaining laps after the final restart on lap 23, and although Fukuzumi was within half a second of Oyu entering the final lap, he never looked close enough to pass. 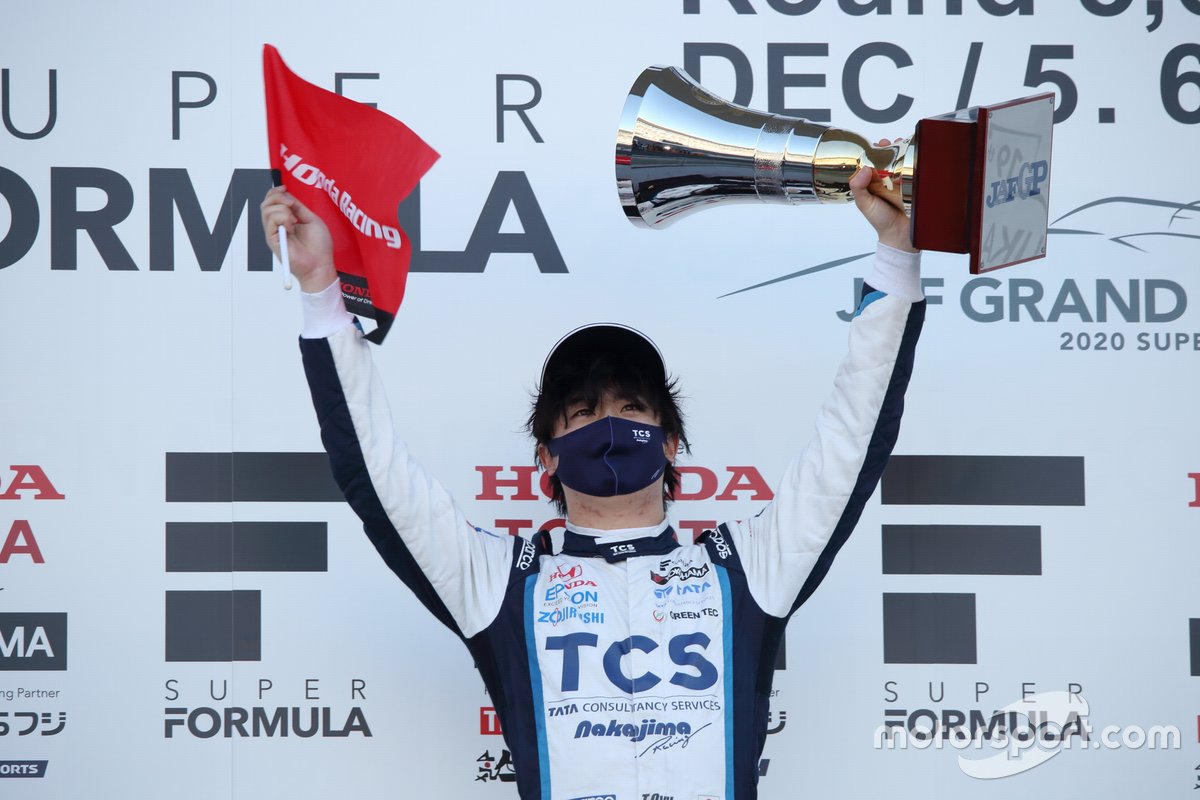 Nonetheless, it was a first podium of the year for Fukuzumi, while a strong start from 10th on the grid allowed Yuhi Sekiguchi (Impul) to score his first top-three of the season.

Sho Tsuboi (Inging) was fourth ahead of Tomoki Nojiri (Mugen), up from 17th on the grid, while Kenta Yamashita (Kondo Racing) was able to hold Hirakawa at bay for sixth as the latter appeared to run out of push-to-pass relatively early in the race.

Hirakawa is now tied at the head of the standings with Yamamoto on 55 points, with both drivers now not needing to drop scores ahead of this month's Fuji finale.

Cassidy is third on gross scores but fourth behind Nojiri when dropped scores are considered.