Super Formula completed its first test simulating the sound of a V8 engine with one of its two next-gen development cars on Monday at Sugo.

By:
Kenichiro Ebii
Listen to this article

The Japanese championship’s organiser JRP revealed at last month’s Autopolis round that it planned to conduct the experiment by modifying the exhaust layout of its current four-cylinder turbo engine to create a noise reminiscent of the series’ former V8 machines.

Following Sunday’s Sugo race, the Toyota-powered development car driven by Hiroaki Ishiura - the so-called ‘Red Tiger’ - was fitted with the new exhaust for the post-race test.

The Honda-powered ‘White Tiger’, driven by Koudai Tsukakoshi, retained the standard engine, allowing for clear comparisons to be made between the two.

Motorsport.com’s Japanese edition was on the ground for the test, and the difference in volume between the ‘Red Tiger’ and ‘White Tiger’ can be heard in the below video.

The effect of generating more sound was achieved by creating a separate exhaust pipe for the gases coming from the turbo wastegate, and releasing these at regular intervals with those of the main exhaust gases to simulate the sound of four extra cylinders. 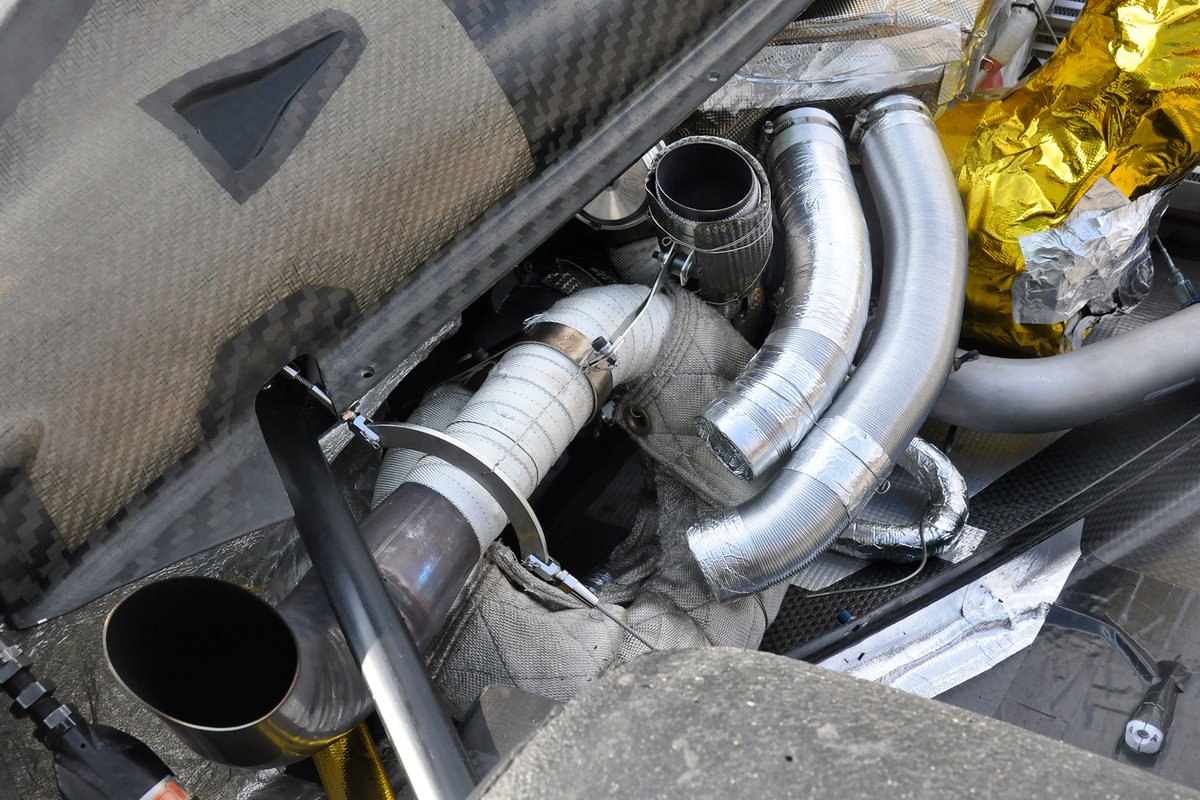 “I think it was a good test that will help expand our options for the future,” commented Yoji Nagai, the technical director of the next-gen test programme. “Just to be able to do it is a big step, and I think there is further potential to be extracted with fine tuning.

“People still remember the V10 engines from the Sportscar World Championship, and V10s and V12s from Formula 1 in the olden days.

“Downsizing [the engine] means not so much sound is produced, but I think the V8 sound is the most suitable option for a downsized engine.”

It’s understood Honda is also on board with the idea of reproducing the V8 sound and may have its own exhaust modifications ready to test the next time Super Formula’s next-gen development cars hit the track at Fuji Speedway next month.

As well as the sound test, Super Formula’s programme of trialling innovations aimed at reducing the series’ environmental footprint and improving the quality of the racing were also carried out on Monday, with testing continuing on Tuesday.