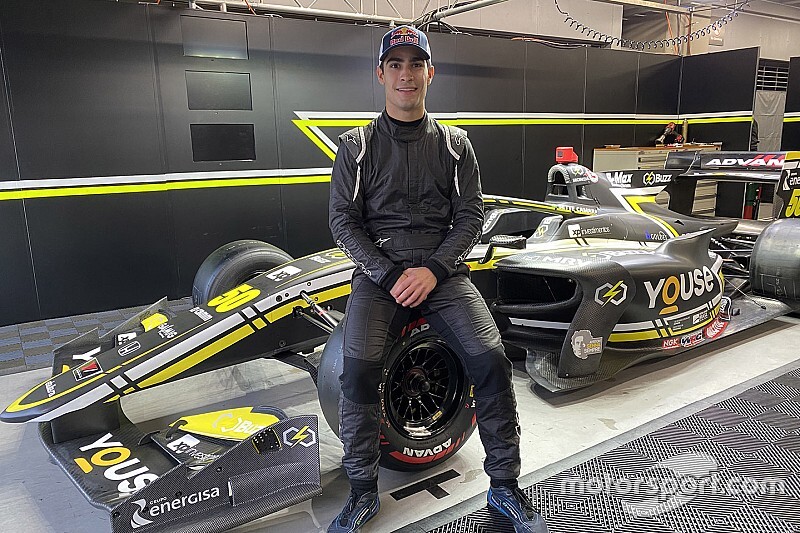 Red Bull Formula 1 reserve Sergio Sette Camara will race in this season’s Super Formula series in Japan as a replacement for Pietro Fittipaldi at Team B-Max with Motopark.

Fittipaldi has dropped out of the line-up due to what Motopark has described as “a late reshuffle of race seats due to conflicting sponsors’ interests”, meaning that Sette Camara joins fellow Super Formula rookie Charles Milesi at the team.

While this will be Sette Camara’s first taste of Japanese motorsport, he is no stranger to Motopark, with which he contested the Formula 3 European Championship in 2015 and 2016.

Off the back of the promise shown in his rookie Euro F3 campaign in 2015, Sette Camara joined the Red Bull Junior programme for 2016, but failed to win any races and placed 11th in the championship, and was dropped from the scheme.

He has rebuilt his career in Formula 2, and as a McLaren F1 protege he finished fourth in the standings last season.

He also returned to F3 with Motopark for the 2017 Macau Grand Prix, and led the race until crashing at the final corner.

Sette Camara had been linked with a partial IndyCar Series campaign with Carlin, but that team appointed ex-F1 points scorer Felipe Nasr for the doomed opening round in St Petersburg.

“I am confident this is the best direction for my career,” said Sette Camara.

“Super Formula are the quickest racing cars after Formula 1, and the teams here are working at the highest level.

“I want to thank B-Max with Motopark for this opportunity – I have worked with them before and I am sure we can achieve great things in this series too.”

“He needs no introduction: he’s one of the most exciting talents out there and it’s always a great pleasure to work with such a quality driver.

“There is a strong history between Team Motopark and Sergio – we gave him his first two seasons in Europe back in 2015 and 2016 in Formula 3 and again in Macau 2017, so it very much feels like he’s coming home.

“It will work out a clear advantage that we know him very well and vice versa, as this is going to allow us to start on a high level right from go.”

Motopark entered Super Formula for the first time in 2019 in a collaboration with existing team B-Max, with drivers Lucas Auer and Harrison Newey each scoring one podium finish.

“We will be able to build on the experience and findings from the 2019 season of Super Formula together, where we as a team had a lot to learn and showed a steep learning curve,” said Rumpfkeil.

“Development of the car during the winter went well and we are confident to be in a good position for the oncoming season.”