After losing his Mugen Super Formula seat over the winter, Ukyo Sasahara was handed a chance to deputise for Tadasuke Makino at Dandelion Racing - and he turned in a drive belying his 'super-sub' status.

At the start of the 2020 season, Sasahara was parachuted in at Mugen to stand in for Red Bull junior Juri Vips, and ended up contesting the full season as Vips was kept out of the drive firstly by travel restrictions and then by Red Bull suddenly changing its plans for the Estonian.

Last month, history repeated itself as Tadasuke Makino's ongoing recovery from the bout of meningitis he suffered in December left another hole in the Honda roster at Dandelion, one that Sasahara was well-placed to fill.

And without a slow pitstop, it's likely that Sasahara's tenure with last year's title-winning team would have kicked off with a first podium finish at Fuji Speedway last weekend, or perhaps more given the pace he showed.

Dandelion incumbent Nirei Fukuzumi was expected to lead the team's charge at Fuji, and indeed the third-year driver was considered among the favourites after topping a day of the preceding pre-season test.

But come qualifying, it was Sasahara that did the better job, lining up third on the grid behind his former Mugen teammate Tomoki Nojiri and Nakajima Racing youngster Toshiki Oyu and scoring his best-ever Super Formula grid position in his very first outing for Dandelion.

After dropping a place on the opening lap, he spent most of the opening half of the race tucked up behind Oyu and Fukuzumi and poised to go on the attack later on, until his charge was blunted by an agonisingly slow pitstop. 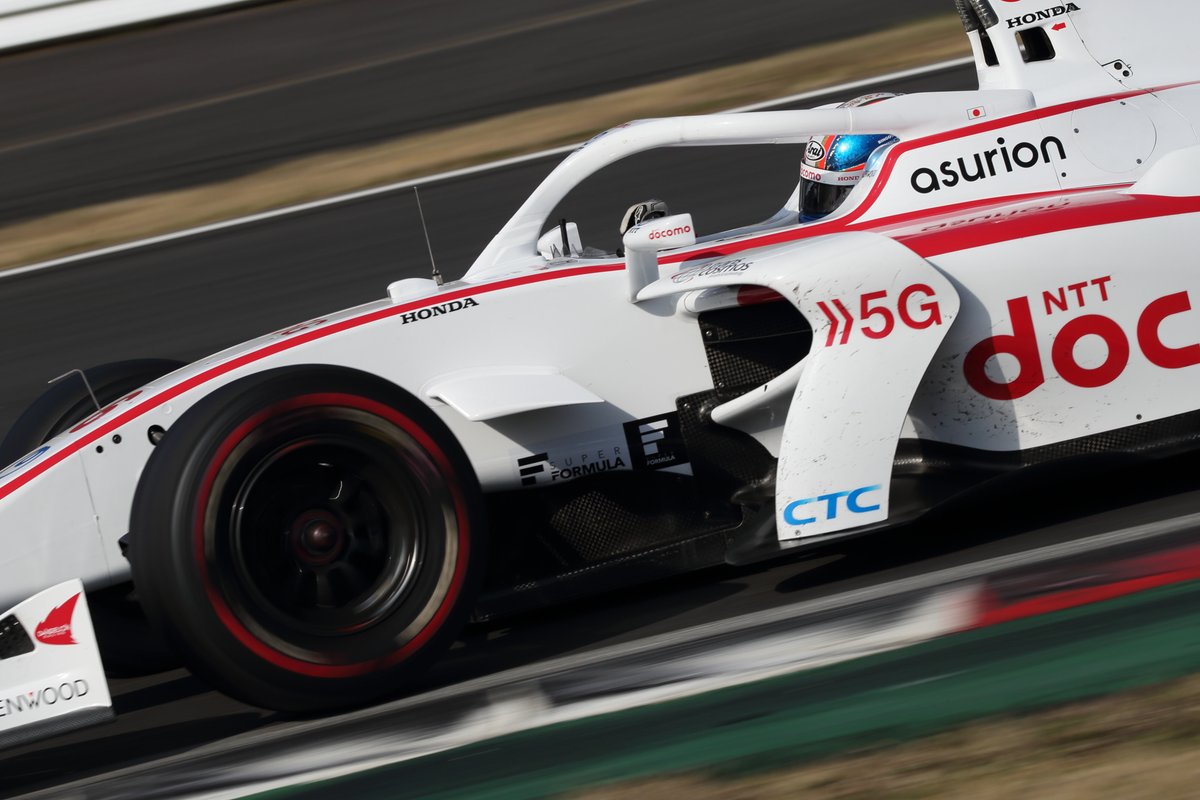 Having dropped around 15 seconds, Sasahara salvaged fifth place, coming out on top in a late battle against Naoki Yamamoto.

"The start was really good and I almost made it to P2 ahead of Nojiri, but I was struggling to warm up the tyres on the first few laps and that’s why Nirei passed me on the first lap," Sasahara reflected. "After that I was started to manage the tyre and the pace.

"It was looking really good. I was only driving at 30 or 40 percent at that stage. Hirakawa was coming behind me, but I wasn’t pushing. At that time Nojiri was about two tenths a lap faster than me, but I was stuck behind Nirei. And he [Nojiri] seemed to be struggling with lapped traffic. I was thinking, ‘this will be interesting, I think we can win.’

"Unfortunately, the pitstop took too much time. At that point the race was over, as far as finishing on the podium was concerned. If I had a normal pitstop, I think I could have at least challenged [Nojiri], minimum P2."

As well as the pitstop being too slow, Sasahara believes he was called in too soon to really take advantage of his pace.

"It's easy to say now, but I think the timing of the stop was wrong, it would have been better to stay out longer. But the team called me in when it started to rain and I just followed their instructions."

Sasahara's debut season in Super Formula was better than the raw numbers suggest, especially as it wasn't until the penultimate round of the season at Suzuka that he felt that fundamental issues with the car were finally solved following a change of chassis and other parts.

With no Red Bull juniors able to get to Japan in place of Vips, Sasahara arguably showed enough promise in the latter stages of the campaign to deserve another shot in the Red Bull-liveried Mugen car.

But the decision was made instead to hand the drive to rookie Hiroki Otsu - who, by contrast to Sasahara, opened his campaign with a low-key run to 18th at Fuji after damaging his front wing in contact with Yuhi Sekiguchi at the first corner, necessitating an extra pitstop.

"I'm really happy with my performance throughout the weekend," said Sasahara. "We really struggled in free practice, but we made it to Q3 and I out-qualified Nirei in my first time racing with Dandelion. Also the race pace looked really strong, so overall it was a good weekend." 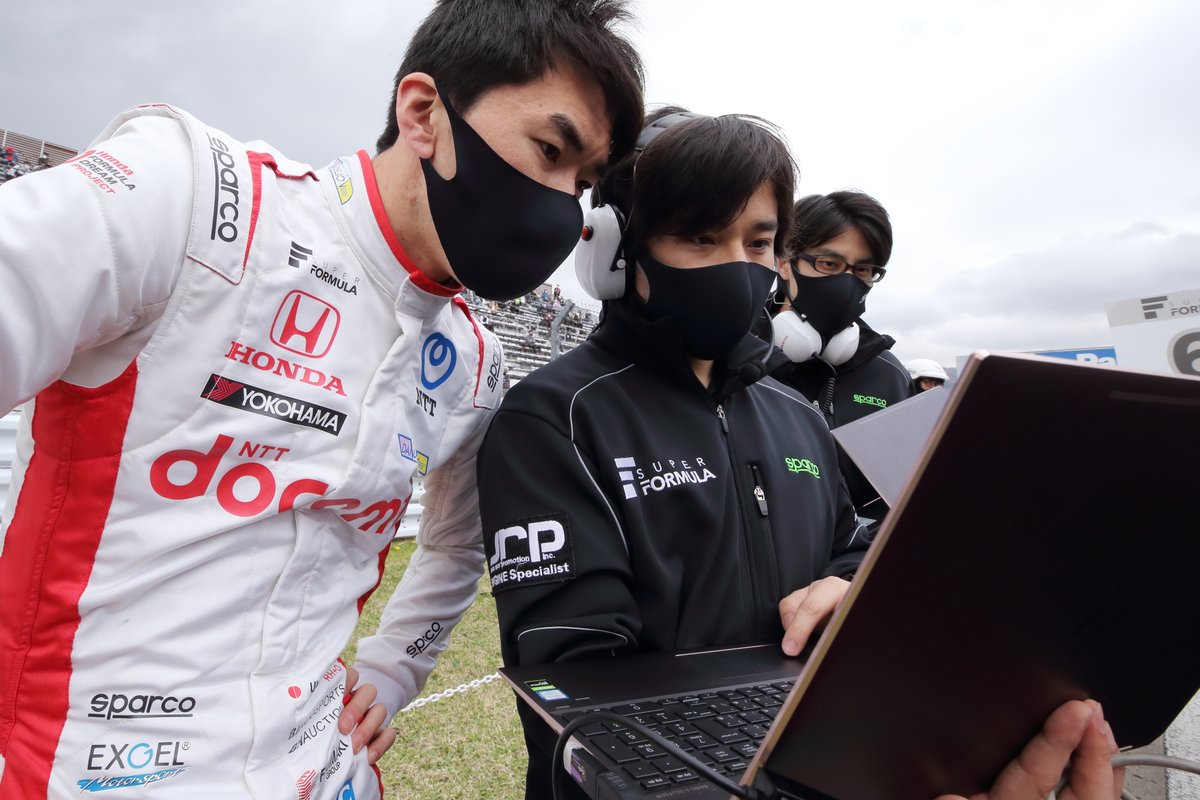 While Fukuzumi was ultimately the first Dandelion driver across the finish line and scored solid points for third place, it was Sasahara who, given the circumstances, impressed more at Fuji.

Fukuzumi said after the the race that he became "depressed" following a slightly sub-par qualifying, admitting he was feeling the pressure of stepping into the #5 side of the garage, led by engineer Kimitoshi Sugisaki, that took Yamamoto to title glory last season.

By contrast, Sasahara said he was able to drive unburdened by the uncertainty of whether the Fuji race might be his last in Super Formula - instead just getting on with the job at hand and enjoying his first opportunity to drive a car with race-winning potential.

"I didn’t think about any of that," he said. "I felt relaxed and no pressure. I was able to show my speed in qualifying, which was positive, and I felt confident for the race. I was really focussed.

"It was the first time I felt I had the pace to win. Last year I never had pace like this, but this time I felt like I could have challenged Nojiri. Until the pitstop, it was a really strong race."

Now Sasahara is waiting to find out whether his services will be required again for the next race at Suzuka, where he picked up his best grid position of third last year. But, should he get the call-up, he's clear about his targets: "I would definitely like to challenge for pole and the win."

Honda can consider itself grateful that it had such a well-qualified 'reserve' ready to step in for the unfortunate Makino. But to give itself the best possible chance of success in the years to come, it really ought to think about how it can get Sasahara back in a full-time drive. 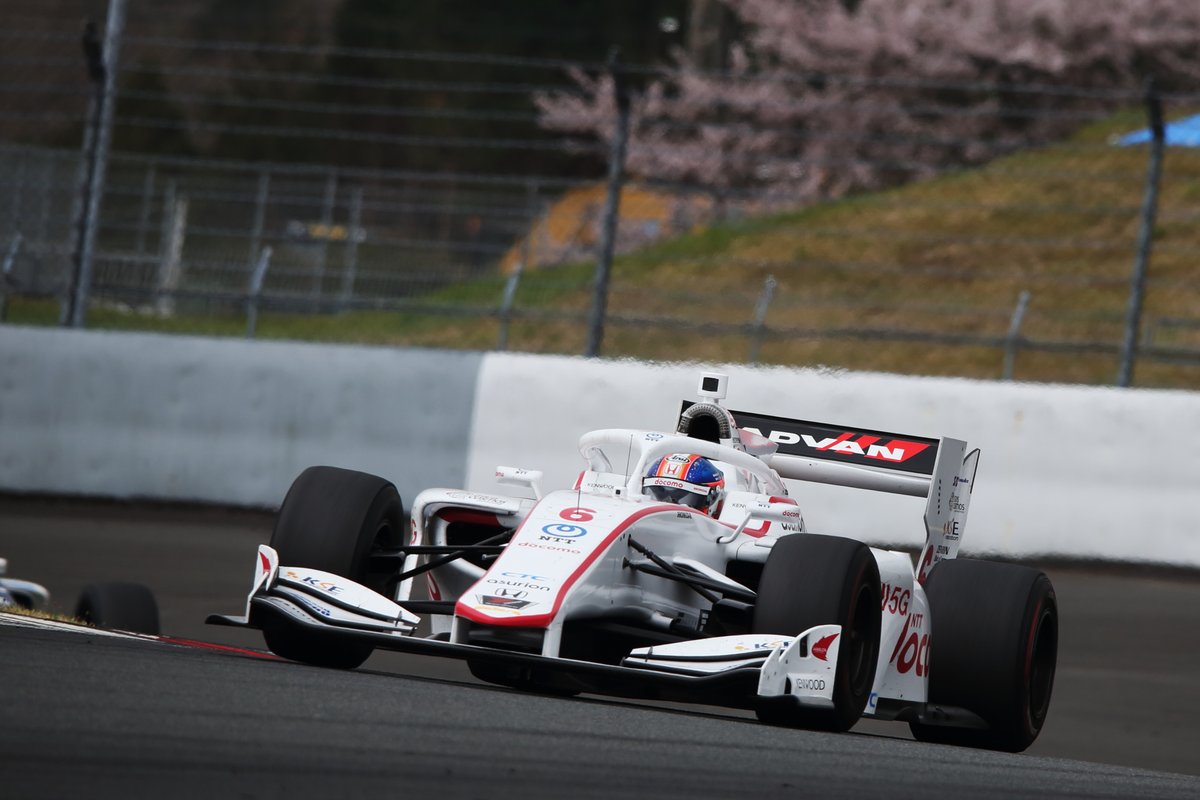