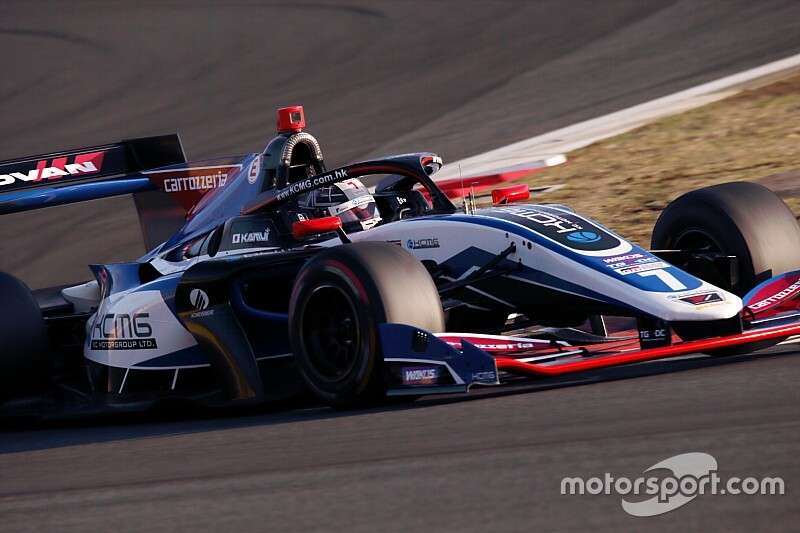 The sporting rule changes made for this year's Super Formula season have drawn a mixed response from drivers.

Chief among the changes made for the 2020 campaign are a return to a single dry tyre compound - last year's soft tyre - and a new points system including bonus points on a 3-2-1 scale for the top three qualifiers in each round.

The decision to axe last year's medium tyre, confirmed on Thursday, followed a season in which drivers would frequently ditch the harder compound after only a single lap, or as early as the rules permitted once a pitstop window was introduced later in the campaign.

However, reigning champion Nick Cassidy feels the switch could narrow strategic opportunities and make it harder for drivers to recover from poor grid positions.

"We want to have some strategy options because you want to be able to pass," the TOM'S driver told Motorsport.com. "These cars are hard to follow and the tracks are narrow, the races [could] become very processional [with only one tyre].

"It would be nice if there were tyres with different lifespans, because then you can take a risk by pitting early and getting attacked at the end. Whereas now I think it will be quite processional, following [someone else] from start to finish."

Cassidy also expressed fears that the additional qualifying points could favour the Honda-powered drivers, who together took five of last year's seven poles.

Neither the Kiwi nor KCMG driver Kamui Kobayashi would have scored any bonus points under the new system last year as they didn't achieve a top-three grid position.

"It’s quite extreme, but this is how it is. One point [for pole position] maybe I could understand, but 3-2-1 [for the top three]... I don’t know what they want to achieve."

How 2019 would have looked with new points system:

However, Kobayashi was more enthusiastic about the medium tyre being ditched, having infamously started last year's Suzuka finale on wet tyres to avoid having to use it.

"Basically the medium tyre was a stone tyre," said the Toyota LMP1 ace. "You couldn’t use it in the race. It was too slow.

"When you have [only] this [soft] tyre, you need to pit somewhere, and you can have an advantage, but it’s very hard to judge. But last year, whatever you do, the soft is always quicker, so there’s not much option. This year there are more options."

From the Honda camp, Mugen newcomer Juri Vips said he was pleased the change to a single tyre would eliminate the element of luck which sometimes arose from drivers gambling on a very early switch to softs and then a safety car period to move clear.

"I definitely don’t mind [the change]," the Red Bull junior told Motorsport.com. "I think it’s better also in a way that it takes away a bit of the luck factor which was powerful last year.

"There will still be some luck involved, some strategies will be better than others, but I’m definitely happy with one tyre compound. It narrows the window.

"If you do a good job, you’ll most likely get a good result. Last year it was more like a gamble."

"But this year there is only the soft tyre. So I think everybody [will find it] easier than last year. I think [it's better], because it’s quite simple."