Super Formula drivers have called for clarity about how penalties for contact will be awarded in future after meeting with the stewards during last week's post-season test at Suzuka.

The meeting between the Formula Racing Drivers' Association (FRDA), chaired by three-time Super Formula champion Naoki Yamamoto, and the stewards followed a final round of the 2021 season at Suzuka in which two five-second time penalties for contact were administered.

Already-crowned 2021 champion Tomoki Nojiri was penalised for coming to blows with Toshiki Oyu at the S-Curve during their fight for position, which left the latter in the gravel (pictured top), while Tadasuke Makino also had five seconds added to his race time for contact with Giuliano Alesi, dropping him from ninth on the road to 10th.

Yamamoto said there was consensus among the drivers that these penalties were overly harsh, but that there was an agreement about creating clearer criteria for next season following last Tuesday's meeting.

"In the final race, we felt the stewards were stricter than they had been in the past," said Yamamoto. "In this meeting, the stewards politely explained their point of view, and I think the drivers agreed on some points. 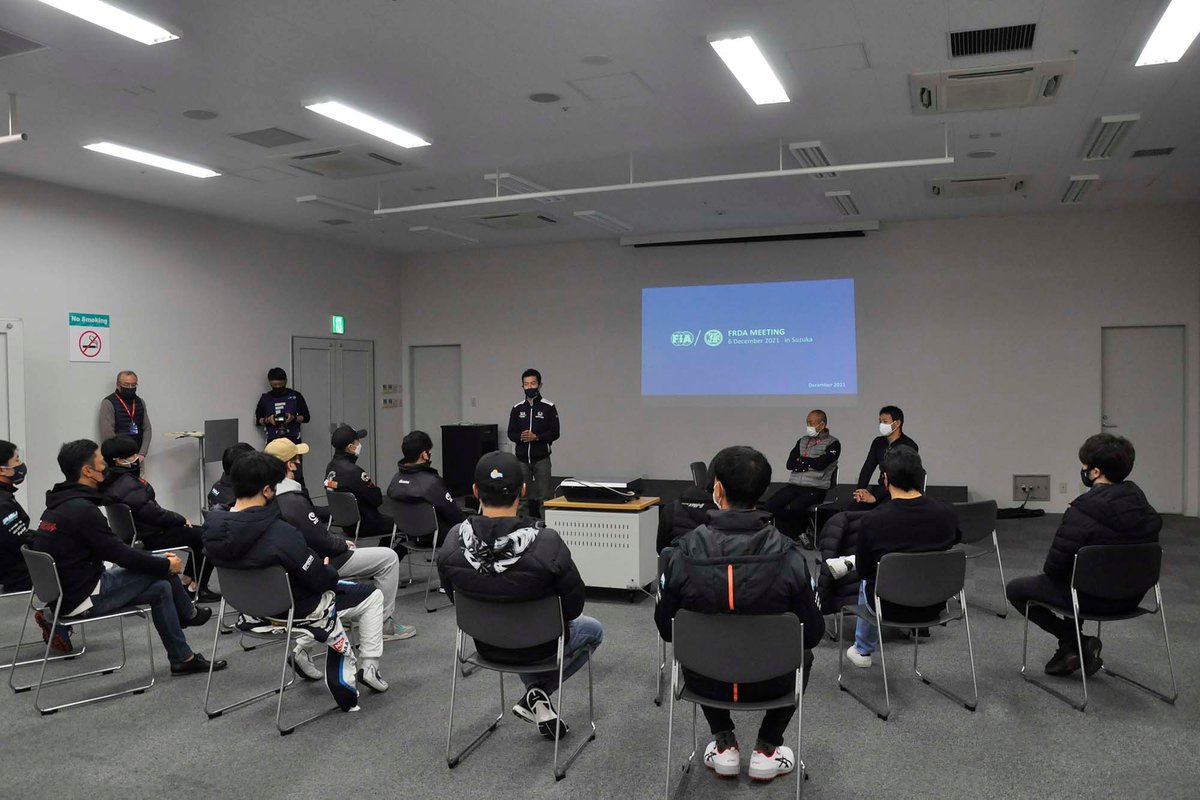 "We requested that, by the start of next season at the latest, for the stewards to once again give us precise criteria for what kind of contact will lead to what kind of penalty, and they agreed, so I think it was quite a substantive meeting.

"Of course, making contact is not good, but if even the slightest contact leads to a penalty, that makes it difficult to race as drivers. Nobody wants to make contact, but we are battling on the edge. That’s part of our job, and if we are penalised as a result, then we will end up having races where nobody wants to battle."

One another criticism from the FRDA made about the Suzuka race concerned polesitter Nobuharu Matsushita's drive-through penalty for jumping the start.

During the live TV broadcast, the reason for Matsushita's penalty was not made clear, with the precise reasoning only coming to light once the race had already finished.

Yamamoto said that creating a system to immediately inform fans about the reasons for penalties being given is another point to work on for next season.

"I think the final goal is to convey to the fans the amazing things we are doing and to make them happy," added the Nakajima Racing driver.

"From now I want to exchange opinions not only with the race director, but with [series promoter] JRP and everyone involved in Super Formula to make the series better."