Toshiki Oyu has emerged as the biggest threat in this year's Super Formula title battle following his performance in the most recent race at Sugo, according to Ryo Hirakawa.

That was after Oyu lost some 10 seconds on pit road with a slow stop, without which he could have conceivably challenged Dandelion Racing's first-time winner Fukuzumi for victory.

Hirakawa was unable to race at Sugo as he served his mandatory 14-day quarantine following his Toyota FIA World Endurance Championship test outing at Portimao earlier that week.

The Impul driver nonetheless was keenly observing the action, noting Oyu's speed in particular from seventh on the grid.

"It’s kind of lucky [that Nojiri only finished sixth], but Fukuzumi and Oyu were quite fast and they are now in front of me in the championship," Hirakawa told Motorsport.com. "It’s not only Nojiri now, I have three drivers to fight against.

"I was very impressed by Oyu’s performance, and I have to say I wasn’t really watching Nojiri at all. Maybe Sugo is not the best track for him, but he still has points in his pocket."

Pushed to name his strongest rival for the remaining three races of the season, Hirakawa replied: "I think Oyu. I think if he didn’t have the slow pitstop at Sugo, he could have won.

"Sometimes his speed is unstoppable, so he can be a really strong opponent." 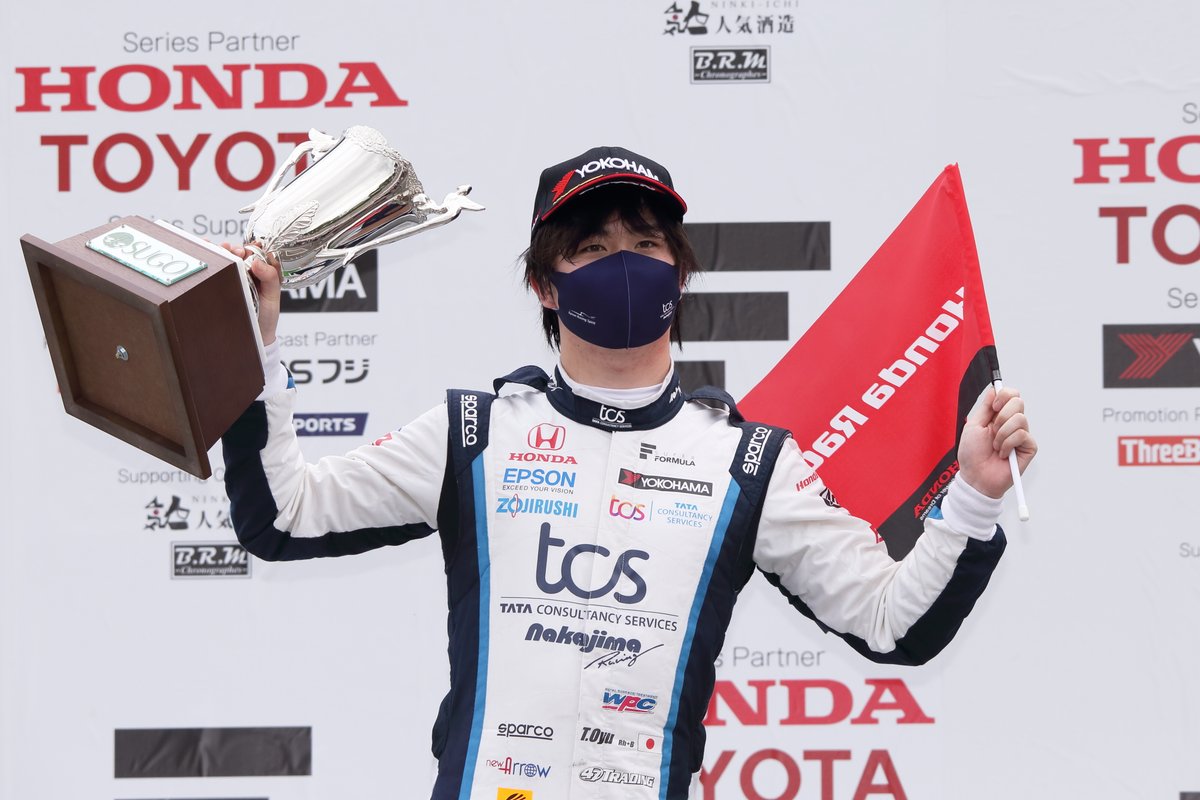 Hirakawa will rejoin the Super Formula field for the first of two races at Motegi, a track where he has two wins in his last two visits, hoping to claw back some of the 30-point deficit he faces to Nojiri.

The 27-year-old concedes that the hot conditions of late August tend to favour the Toyota runners over their Honda rivals, but is less certain of his prospects in the second Motegi race scheduled for October.

"At Sugo I expected Honda would be good like always, but I think Motegi and hot conditions are better for Toyota," said Hirakawa. "If you look at the last few years, Toyota has dominated. Honda still has a chance but I think it won’t be like Fuji or Suzuka, or at least I hope!

"Colder conditions are more suitable for Honda, and at Sugo Honda is always fast. So I think in the first Motegi race I have more chance [to win], but the second one could be harder."

For his part, Oyu said his race pace at Sugo has given him confidence he can challenge for top honours, as he passed Hirakawa's teammate Yuhi Sekiguchi on-track to earn the runner-up spot behind Fukuzumi.

The Super Formula sophomore is still chasing his first win of the season, having taken his maiden victory last year at Suzuka.

"Motegi isn’t a bad track for us," Oyu told reporters at Sugo. "Last year when it was hot the Honda cars were not in such good shape, but as a team we don’t have a bad image of it.

"The race is still a different matter, but now our pure speed in qualifying is good. Now the team is working as one to find the cause for our race pace troubles, but this time wasn’t so bad. If it had been the same as always, I’m sure Sekiguchi would have passed me [back again].

"That we somehow managed to hang on is positive. At other tracks the story might change, at least at Sugo we did a good job, and I think that will lead on to Motegi. So I’m relatively confident."