Tsuboi, in his second year racing in Japan’s premier single-seater series, made the move on two-time champion Ishiura as the latter exited the pits, going around the outside at the long Turn 6 right-hander and completing the move heading into the hairpin.

That gave Tsuboi the net lead, and the actual lead once the late-stopping Nick Cassidy made his mandatory pitstop with just two laps to go.

The foundation of Tsuboi’s victory was a lightning start from eighth on the grid, which combined with chaos at Turn 1 left him second behind poleman Ryo Hirakawa.

From second on the grid, TOM’S rookie Ritomo Miyata made a sluggish getaway, prompting Sacha Fenestraz and Tadasuke Makino to go either side.

As the pair arrived at Turn 1, Makino was tagged by Nakajima Racing teammate Toshiki Oyu and spun into Fenestraz. Makino and Fenestraz were out on the spot, while Oyu was able to continue after pitting for a new front wing and then serving a drive-through penalty.

The incident prompted a safety car, and when racing resumed on lap 8 of 50, Hirakawa pulled out a small gap over Tsuboi before the latter pitted at the end of lap 11.

Impul driver Hirakawa came in next time by and although he initially resumed ahead, Tsuboi was able to make use of his up-to-temperature tyres to pass into Turn 7.

Ishiura, who had been running third, assumed the lead at this point, and stayed out front until coming in for his stop on lap 30. Like Hirakawa, he came out ahead, but with his tyres still cold he was powerless to hold off his quicker teammate Tsuboi.

On lap 34 Ishiura came close to pulling off an outside move on Tsuboi, but couldn’t quite complete the pass and fell back into line – leaving Tsuboi clear to take his first win by 0.782s in only his ninth Super Formula start. 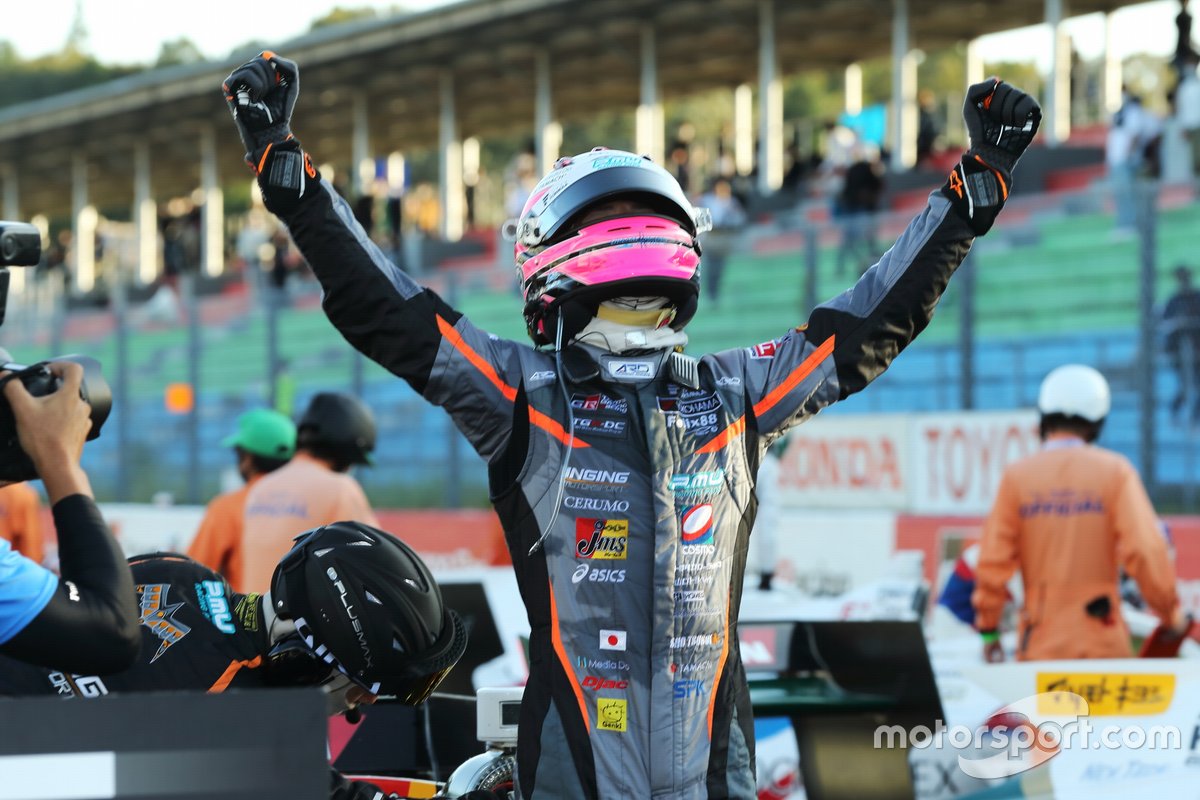 Second still marked Ishiura’s first visit to the podium since his last win at Motegi in 2018.

Cassidy meanwhile rejoined just ahead of Hirakawa to grab his first podium of the season, with Hirakawa and Impul teammate Yuhi Sekiguchi completing the top five – the latter from 15th on the grid, albeit he was running sixth after the first-lap drama.

Naoki Yamamoto was the best of the Honda runners in sixth place for Dandelion, while Yuji Kunimoto – who followed an identical strategy to Cassidy – was seventh for KCMG.

Ukyo Sasahara in the second Mugen entry was forced to start from the pitlane due to an actuator problem, rejoining the tail of the pack after the safety car and finishing 13th.

Sena Sakaguchi meanwhile was ruled out of his Super Formula debut by a warm-up lap crash at Turn 6 in the second Kondo Racing car, which caused the race to be delayed and the distance to be reduced by a lap.