Nojiri secured his third win out of five races this season on Sunday to move within touching distance of the championship, having survived a challenge from Yuhi Sekiguchi at the start and at the pitstop phase.

Impul driver Sekiguchi put the pressure on Nojiri by completing his mandatory pitstop at the first possible opportunity on lap 10 of 35, but Nojiri came in on the following lap and was able to stay clear of Sekiguchi, with the pair eventually finishing in the top two positions in that order.

"I was aiming to pass [Nojiri] on the first lap, and after that I knew it would be hard to pass on track, so as expected the result was the same as qualifying," reflected Sekiguchi.

"I had good pace in Sunday practice and warm-up, I was in good shape with a full tank and used tyres, so I thought there was a chance to overcut or undercut… but when I tried [the undercut] Nojiri was too fast. It was impossible.

"Next time we are racing again at Motegi, so I want to prepare well to raise my level and match Nojiri and aim to win next time." 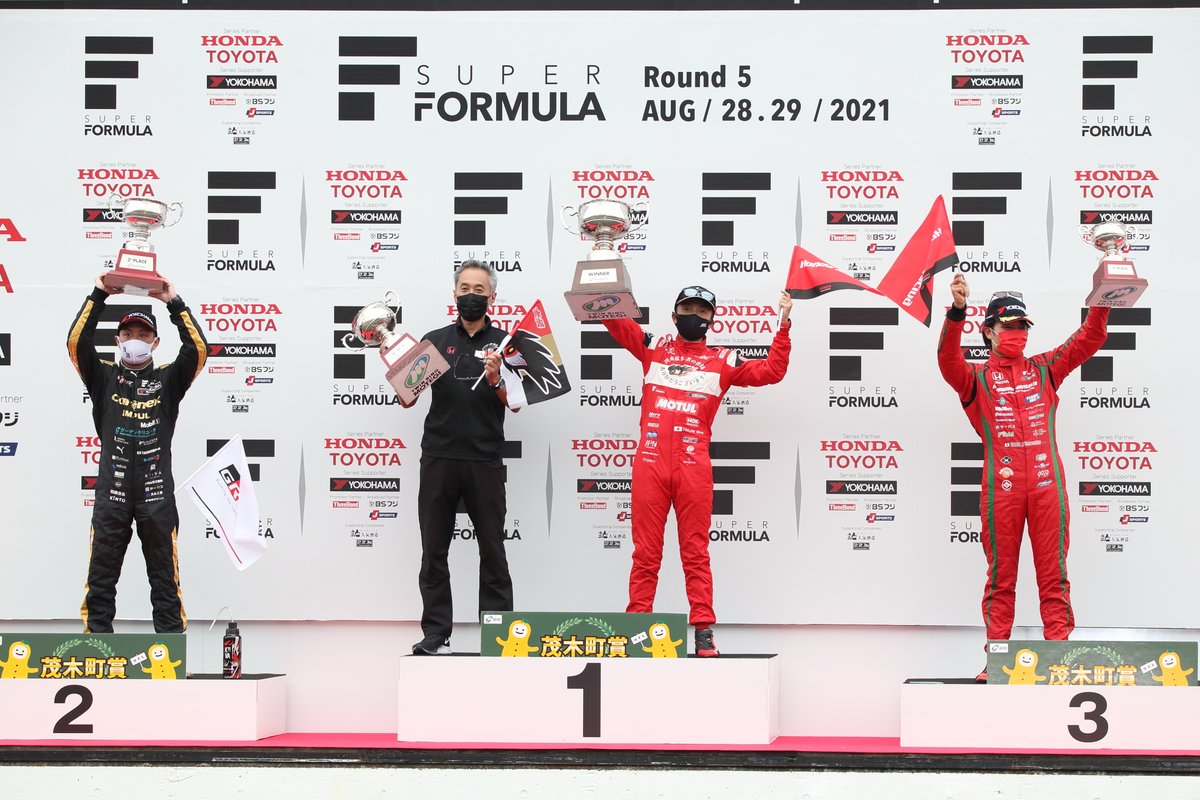 B-Max Racing's Nobuharu Matsushita finished third, having started in the same position, albeit after defending from a charging Ryo Hirakawa in the second Impul car in the closing stages.

"I knew the only chance to win was the start, and I’m usually good at starts, so I was aiming to pass both Nojiri and Sekiguchi," said Matsushita. "But as that didn’t work it became a ‘follow my leader’-type race.

"I think I had about the same pace as the top two cars, but Nojiri was always just one step ahead.

"Nojiri is a childhood friend and we were teammates in 2018 [at Dandelion Racing]. He was strong at that time but now he's even stronger and he has made the difference, so after the race I told him 'congrats'."

Matsushita made his pitstop on lap 15, having taken the lead after Nojiri and Sekiguchi came in, but this exposed him to being passed on-track by the late-stopping Hirakawa, who had fresher tyres. 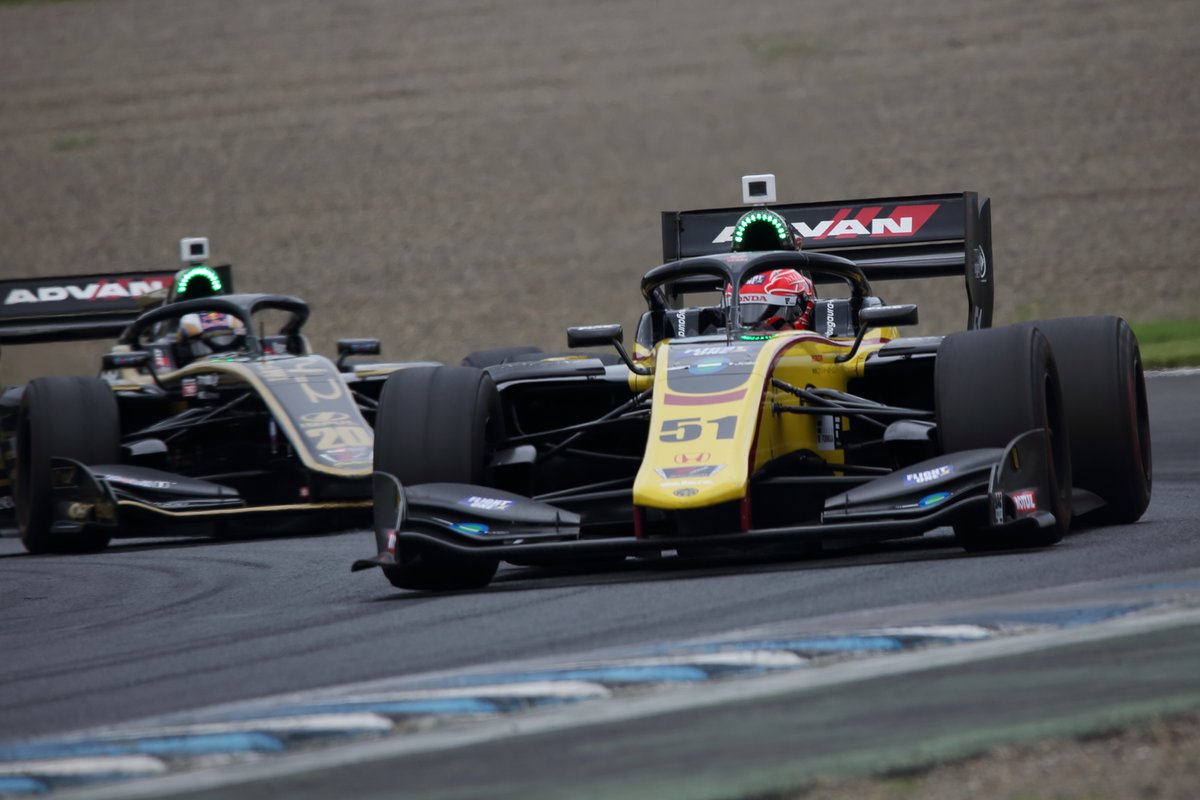 Hirakawa tried to attack Matsushita on lap 32 at the downhill Turn 11 right-hander, but bailed out of the move at the last moment, while two laps later an attempt at the S-curve likewise failed to come off.

"Hirakawa was coming from behind on a different strategy and he was on fresher tyres, but I was thinking, ‘come on, there’s no way I’m letting you pass!’" said Matsushita.

"About Hirakawa’s attack at the S-curve, I was thinking, ‘it would be lame if I got passed here’, so I braked really late, and I thought, ‘if he [Hirakawa] brakes later than me, he isn’t going to stop…’ Sure enough, he didn’t stop, and I’m glad I somehow managed to hold on and finish third."

Hirakawa was alone among the leading group in trying to leave his pitstop as late as possible, coming in on lap 26, but a slower stop than his rivals left him returning to the track behind both Sekiguchi and Matsushita.

While conceding that Nojiri was out of reach, Hirakawa thinks a second-place finish would have been on the cards with a faster tyre change.

"I think the strategy was quite ok, just disappointed by the [speed of the] tyre change," Hirakawa told Motorsport.com. "We lost about 1.5 seconds and we couldn’t get P2.

"I gave it 100 percent on every lap. I think I had the pace for P2, but these things can happen in racing, so no regrets."

On whether he may have left his stop too late, Hirakawa added: "At that moment I had some tyre degradation and the team was telling me Nojiri was faster. I was not sure whether to stay out or box.

"Ideally we would have stayed out another two or three laps, but the degradation was more than expected."