Mugen driver Tomoki Nojiri insists that he still feels a "sense of danger" despite building a large lead at the head of the Super Formula points standings with two wins from the opening two races of the season.

Nojiri has enjoyed a perfect start to the 2021 campaign with back-to-back wins at Fuji Speedway and Suzuka, becoming the first driver in three years to kick off the season with two victories.

It leaves the Japanese driver comfortably clear at the head of the standings on 45 points - just one shy of a perfect score - and 22 points ahead of nearest challenger, Impul driver Ryo Hirakawa.

But Nojiri insists that there is no room for complacency despite his strong position, saying that he wants to maintain a sense of "urgency" within the Mugen camp in the upcoming races.

"The points were earned in just two races, so there is a chance that I could lose them in, not even two races, but one race," said Nojiri. "So I am not thinking about it especially, rather [on the contrary] I feel a sense of danger. I don't think it's a good thing that the gap has widened so much.

"In Super Formula, it's not unusual for anyone to be able to win, and every team has great technical abilities. Even for those that were in bad shape this time, it would not be surprising to see them come back into contention with a completely different car from the next race, so we need to do more and more while bearing that in mind.

"Of course, I like the upcoming tracks Autopolis, where I won last season, and Sugo, where I took my first win [in 2014], but I don't think it's good to think that way, so I want to start with a clean slate at those tracks.

"Last season at Autopolis, we won the race, but Naoki Yamamoto had by far the best pace. With that in mind, we need to properly improve the points where we can improve without dropping our guard or compromising."

Only three times in the last 10 seasons has the championship leader after two races gone on to win the title:

For his part, second-place finisher Hirakawa said he was pleased to score his first podium since last year's Sugo round as well as his first top-three in a Super Formula car at Suzuka.

While the Toyota driver is targeting the two races in Motegi - where he has scored both of his wins in the series to date - to stage a championship comeback, he's also confident of being able to put on a strong showing in next month's Autopolis race.

Last year Hirakawa was looking on course for pole at Autopolis until crashing during qualifying, and might have recovered to a podium finish from the back of the grid without a slow pitstop.

"Nojiri has won two races in a row, so we are far behind in the championship, and we haven't been able to score any points in qualifying, so there is a bit of a gap," said Hirakawa.

"But in the summer, we have the races at Motegi, which is my best track, so I think we are building good momentum towards that. But I still need to aim higher, and Autopolis is a circuit that I really like and am good at.

"I think we can win [at Autopolis], so I think we should prepare as usual and if we can put together a good weekend, we can get a good result, so it would be good if we can enjoy ourselves without thinking too hard." 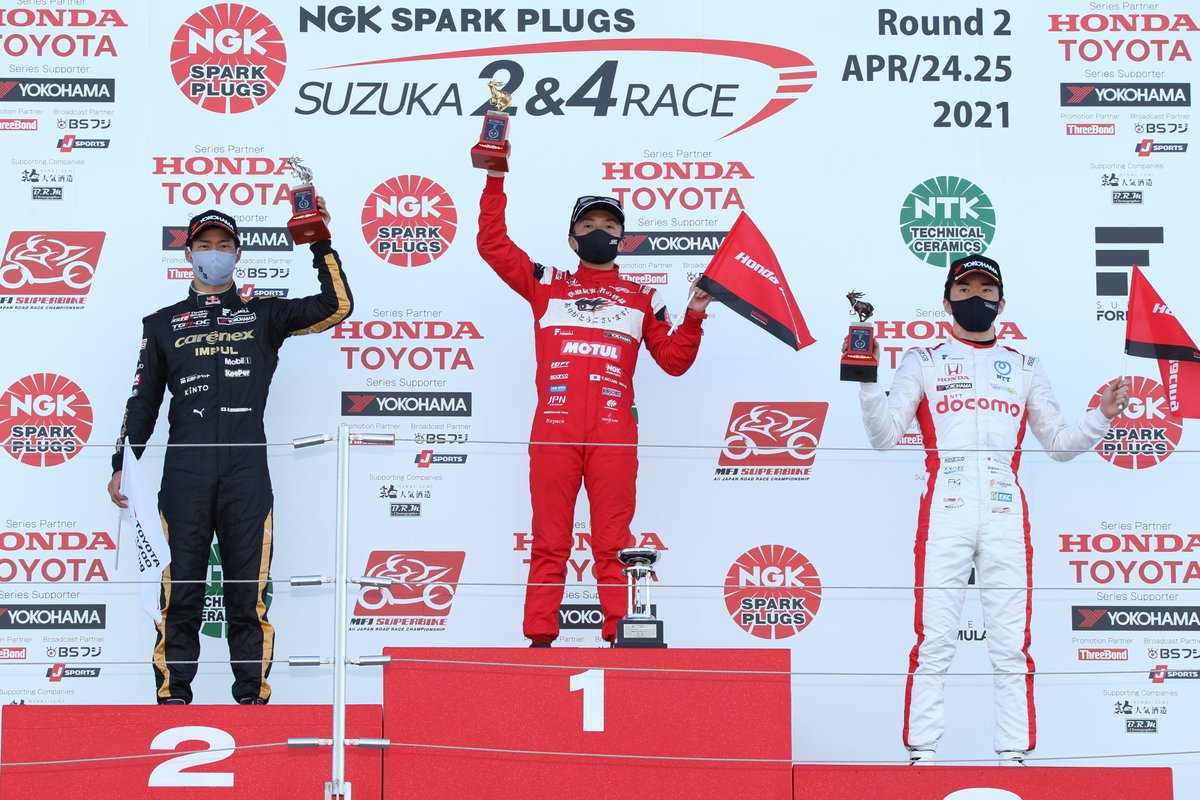