Mitsunori Takaboshi says a change in attitudes towards hiring Nissan-contracted drivers has given him hope of getting a full-time drive in Super Formula next season.

Since winning the All-Japan Formula 3 title back in 2017, Takaboshi has focussed mostly on his commitments with Nissan in SUPER GT, having been part of the Kondo Racing squad in the GT500 class since the 2018 season.

However, the 28-year-old finally got a chance to make a one-off outing in Super Formula last year at Okayama as a replacement for an absent Sergio Sette Camara at B-Max Racing.

Takaboshi was then chosen to fill in for Ryo Hirakawa – who was away on Toyota hypercar testing duties – at Impul in the most recent round of the series at Sugo back in June, finishing just outside of the points in 11th place.

Earlier this year, Nobuharu Matsushita was granted belated permission by B-Max engine supplier Honda to contest a Super Formula campaign for the squad despite having also agreed a deal to race as a Nissan GT500 driver.

Having raced a Toyota-powered Impul car at Sugo, Takaboshi believes that more doors could open in Super Formula for Nissan’s SUPER GT racers.

“From this year the policy of Nissan drivers not being able to race in Super Formula has changed,” he told Motorsport.com. “As long as everything is ok with the contracts, I think there’s a possibility of getting a seat.

“I would like to drive there, I was champion in F3 and I feel like I’m strong in single-seaters. But at the moment it’s just a desire, there's nothing concrete.”

Takaboshi has been a constant presence in the Super Formula paddock this year thanks to his team management role for the B-Max Super Formula Lights squad, which is leading the drivers’ standings courtesy of Teppei Natori.

“It’s a really nice experience,” said Takaboshi of his new duties with B-Max. “I’m able to be at the track and I can get a lot of information. It’s a very useful to be able to expand a driver’s skillset and stay in the paddock.”

Takaboshi also remains, at least officially, on the books of the Nissan e.dams Formula E team as its test and reserve driver, and made his most recent outing in the Marrakesh rookie test early last year. 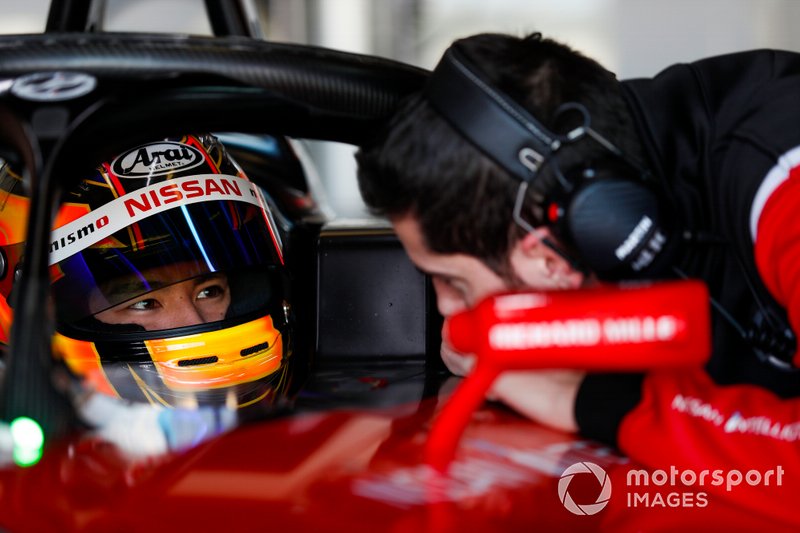 However, he hasn’t been able to contribute to the Yokohama marque’s efforts in the all-electric championship since the onset of the COVID-19 pandemic as he has been unable to travel to the team’s simulator in France.

“Since the pandemic started I haven’t been able to do anything to do with Formula E,” Takaboshi admitted. “My main focus is racing in Japan, so I can’t visit the DAMS simulator [due to travel restrictions], and I can’t really contribute much from here because there’s no simulator here.”