Naoki Yamamoto says he feels it would be "cheeky" to claim credit for Dandelion Racing's revival as a front-running team in Super Formula following his title success last year.

By:
Jamie Klein
Co-author:
Ken Tanaka
Listen to this article

In last month's Fuji Speedway finale season, Yamamoto delivered Dandelion's first drivers' title in Japan's premier single-seater category since Richard Lyons' 2004 success in only his second season with the squad since making the move across from Team Mugen.

It followed Dandelion's teams' championship success last year with Yamamoto and Nirei Fukuzumi, its first in seven years after a period of never finishing inside the top three.

Despite ending the Honda-powered outfit's 16-year wait for a second drivers' title, Yamamoto was eager to play down his contribution to Dandelion's recent success.

"There is no particular difference in the sense of accomplishment," replied Yamamoto when asked if his third title felt different to his previous two because of changing teams.

"However, to be honest, we were not able to have a strong race even though we had a fast car at some key points, so I tried my best to steer the team to become a strong team by any means possible, and I think I took the initiative."

Despite Yamamoto's success, Dandelion missed out on defending its teams' title to TOM'S, which claimed the prize for the fifth time in the space of 10 seasons.

Appearing in the champions' press conference next to TOM'S co-founder Nobuhide Tachi, Yamamoto said the Toyota squad was one whose success he hoped to emulate with Dandelion.

"I'd like to say this directly to Tachi-san, since he is standing next to me, but I've always known that TOM'S is a team that has won many championships, that they are strong in racing and that they make fast cars," said Yamamoto. 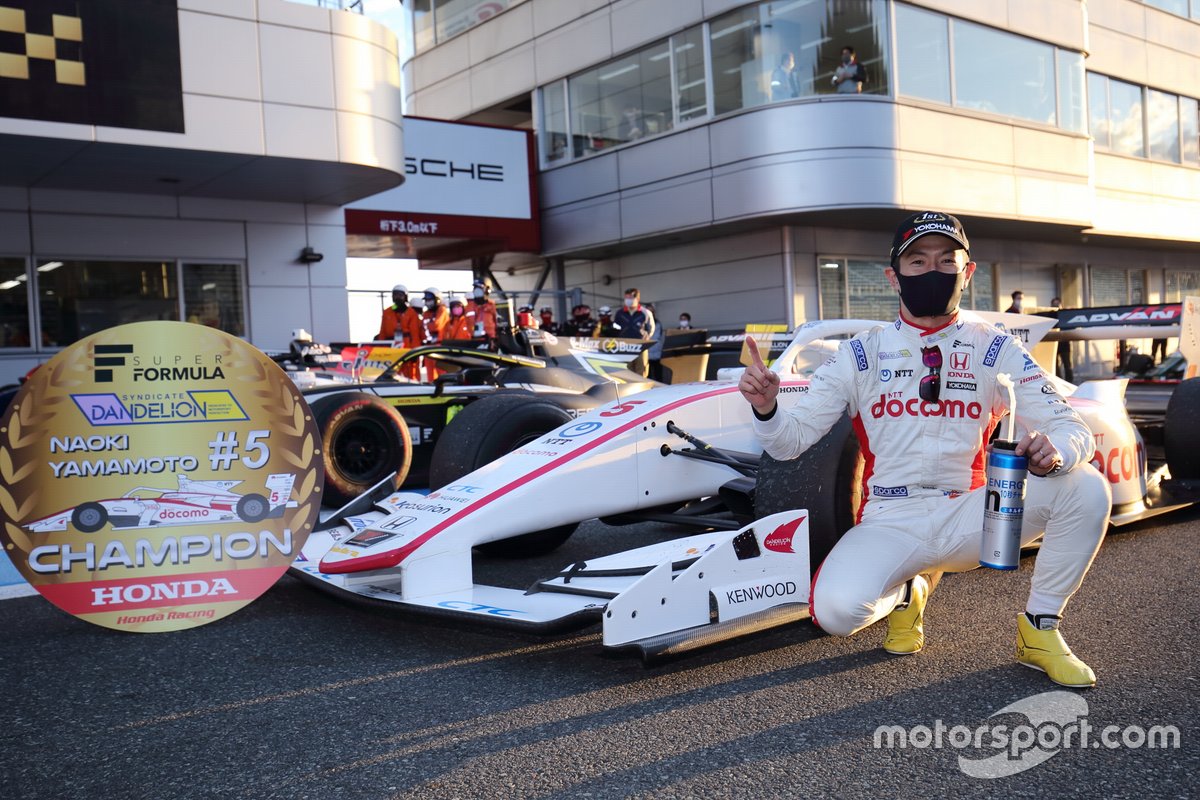 Yamamoto was also keen to pay tribute to his engineer Kimitoshi Sugisaki, with whom he joined forces last year when he made the switch from Mugen to Dandelion.

"I couldn't have won this championship without all the mechanics and team staff who prepared a great car for me, and above all, Sugisaki-san," said Yamamoto.

"Last year, I cried [after losing the title in the final round], but I also made Sugisaki-san cry, and he kept apologising to me, so I knew exactly how he felt.

"I worked hard until the chequered flag to make him feel happy that he could work with me this year, so I think I was able to repay his efforts a little."