Mugen driver Ukyo Sasahara says that last weekend's Suzuka double header "felt like the first round" of the Super Formula season after qualifying in the top three for the second race.

Sasahara was chosen as Juri Vips' replacement at the wheel of Mugen's Red Bull-sponsored #15 car for the start of the 2020 campaign when the Estonian driver was unable to enter Japan due to COVID-19 travel restrictions.

Ahead of last month's Autopolis round, it was announced that Sasahara would continue to fill the seat for the rest of the season.

The 24-year-old enjoyed his most competitive showings of the year so far at Suzuka, making Q3 for both races and qualifying third on Sunday to earn his first Super Formula point.

However, a 10-place grid drop for an engine change resulting from his huge Turn 1 crash during Saturday's race meant he started 13th, and after stalling on the grid he finally finished 11th - albeit matching his best finish of the season.

"We definitely had something wrong with the car, and since Autopolis the whole team was working hard to find the problem," Sasahara told Motorsport.com.

"We didn’t find the specific problem, but it might have been either the monocoque or the gearbox, because we changed those and we were suddenly on the pace [on Friday]. I could finally start working on the set-up of the car properly, and show something.

"It feels like it’s just the first round. I know it’s the penultimate round of the season but for the #15 crew it feels like we just started the season and we finally showed our potential." 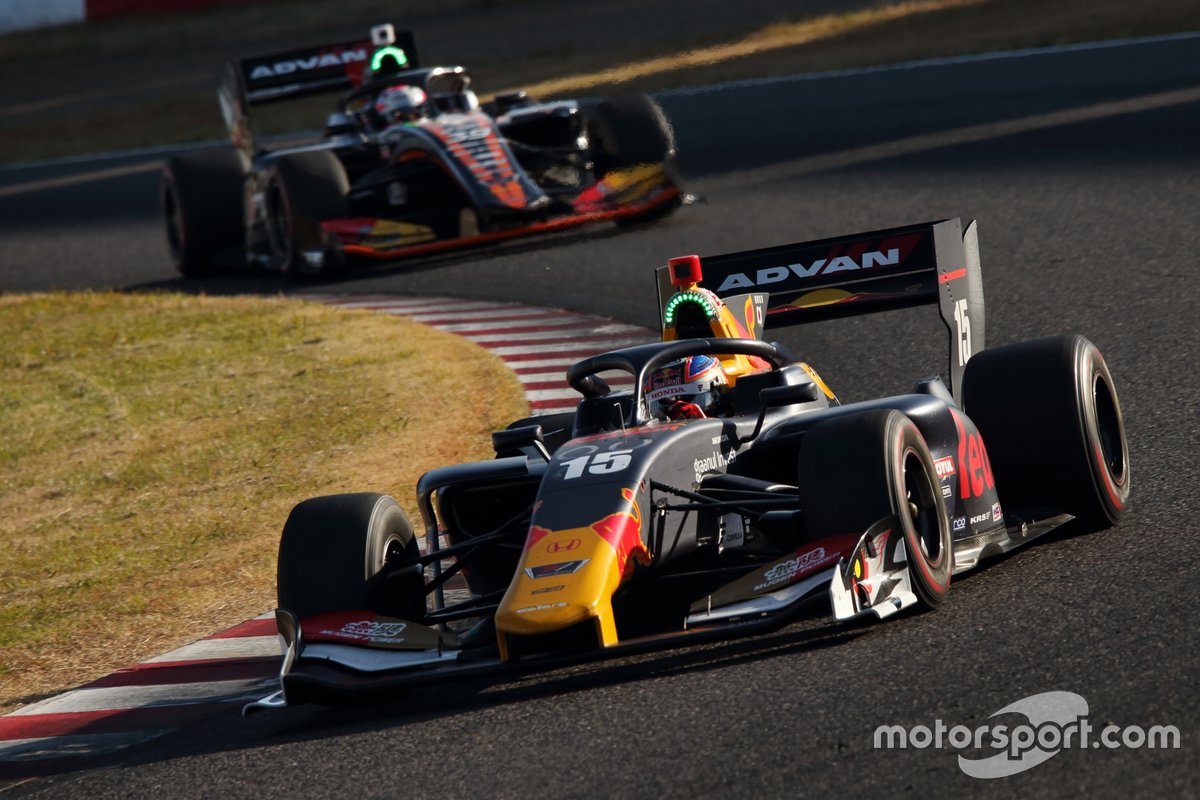 On Sunday, Sasahara qualified behind only poleman Nick Cassidy and Toshiki Oyu, who went on to score his first victory after Cassidy suffered an early engine failure.

"In terms of pace, if we started from P3 [instead of taking the engine penalty], I think we could have won or at least been on the podium," said Sasahara. "In that way, we can say it was a positive weekend, even though we had the incident on Saturday."

Sasahara has only one more chance to score a top-10 finish this season at the season finale next weekend at Fuji, and has set himself the ambitious goal of scoring pole.

"My lap in Q3 [on Sunday] could have been better," he said. "We were missing a little on straight line speed, which is a shame, but we could show we were quickest in sector one. Overall, P3 finally was showing the #15 car’s potential when everything is going alright.

"My first target at Fuji is to try and get pole position, and then in the race I just want to make a clean start [without stalling]! And then we’ll see where we are."