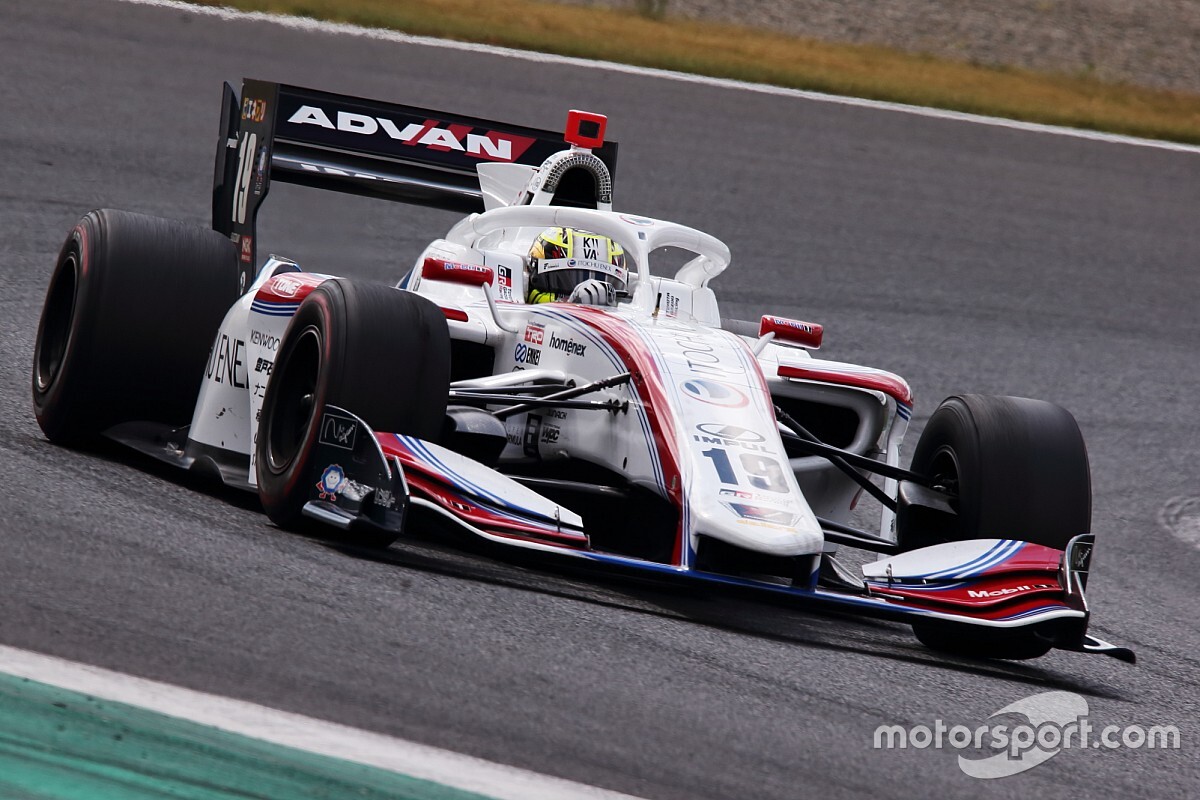 Impul Toyota driver Yuhi Sekiguchi set the pace in Super Formula's pre-event test session at Motegi, ahead of this weekend's first round of 2020.

He set a time of 1m33.717s after the chequered flag fell amid a late flurry of times to go top by just 0.012s ahead of Inging Toyota driver Hiroaki Ishiura.

Naoki Yamamoto (Dandelion Racing) was best of the Honda drivers in third, 0.075s off the pace, followed by Tomoki Nojiri (Mugen) and Nirei Fukuzumi (Dandelion).

Fukuzumi had been first to dip into the 1m33s bracket with two minutes go, deposing KCMG Toyota man Kamui Kobayashi with a 1m33.903s, but as the chequered flag fell Nojiri bettered that with a 1m33.871s before Sekiguchi, Ishiura and Yamamoto all improved.

Kazuki Nakajima ended up sixth-fastest for TOM'S, best of the three Toyota FIA World Endurance Championship stars who were granted a last-minute allowance to compete at Motegi despite not completing a 14-day quarantine after racing at Spa.

Fuji test pacesetter Ryo Hirakawa was seventh, just under half a second behind Impul teammate Sekiguchi, while Kobayashi was demoted to eighth at the finish.

Reigning champion Nick Cassidy, who is going into his final Super Formula season for TOM'S as he moves to Formula E in 2021, was ninth-fastest, 0.492s off the pace, while his former teammate Kenta Yamashita (Kondo Racing) completed the top 10.

The two-hour session was interrupted by one early red flag when Nakajima Racing rookie Toshiki Oyu went off the hairpin.

Oyu ended up 13th-fastest, two places behind teammate Tadasuke Makino, who enjoyed a spell at the head of timesheets before dropping down the order in the final 20 minutes.

Of the other rookies, Sacha Fenestraz was 17th for Kondo Racing, Tatiana Calderon was 18th for Drago Corse and last-minute B-Max Racing/Motopark signing Teppei Natori propped up the timesheets in 19th place, just over two seconds off the pace.