Drivers fear Super Formula opener will be "like F3 race" 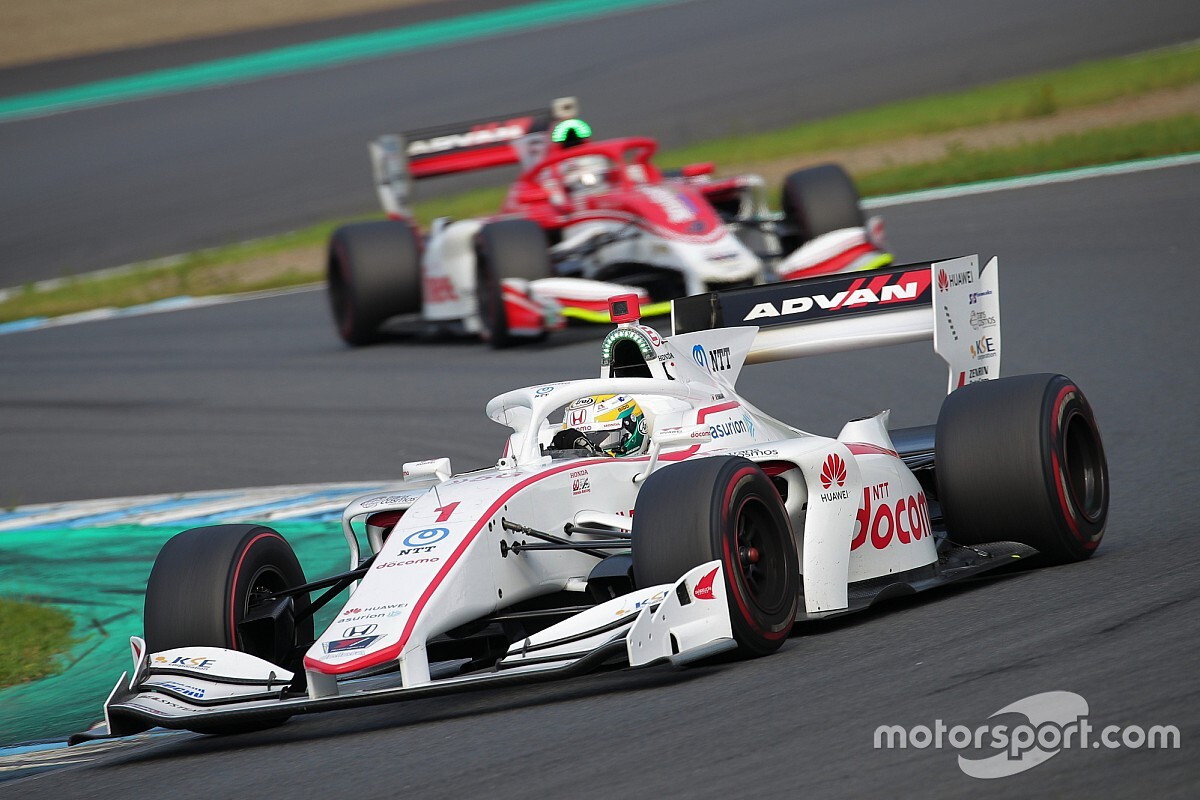 Super Formula drivers believe that the Motegi season opener this weekend will be "like a Formula 3 race" because of the lack of strategy options.

The delayed 2020 season will kick off on Sunday with a shortened 35-lap race (down from the 51 laps over which the 2019 race was run), during which there will be no refuelling and drivers will be expected to use a single set of tyres.

Super Formula has made the change to allow for a move to a condensed weekend format, and also to reduce the number of crew members needed for pitstops.

But it has led to fears among drivers that the race will be a procession, not helped by the fact there is now only once choice of tyre compound following the series' decision to scrap the unloved medium compound Yokohama rubber.

"If there is no pitstop, it’s gonna be hard to overtake because Super Formula cars have a lot of downforce and it’s difficult to follow," Dandelion Racing driver Nirei Fukuzumi, who topped the second day of pre-season running at Fuji back in March, told Motorsport.com.

"I think it will be like an F3 race, so for me it’s not fun. No strategy, it’s just important to be fast in qualifying, which is quite boring."

"It will be like an F3 race; after five laps we're probably going to know the result," Ishiura told Motorsport.com. "Qualifying will be very important, and this will be the point that all the teams will be focussing on.

"In the past, when we had one spec of tyre, we've had races at Motegi where there was no overtaking from the start to the end. So this could happen again. Even if it's a shorter race I wish there could still be a pitstop."

Kondo Racing rookie Sacha Fenestraz questioned the point of Super Formula scrapping refuelling when the practice is still used in fellow Japanese series SUPER GT, in which the Frenchman is competing for the TOM'S Toyota squad.

"About no pitstops, it’s a bit of a shame and I don’t really understand why, because we are doing pitstops here [in SUPER GT]," Fenestraz told Motorsport.com.

"Of course qualifying will be a big part of the weekend. If you start from P7 or P8, you don’t have the strategy to make up ground. You have the push-to-pass which can help, but it will be a bit more boring. It won’t be the same without pitstops."

Toyota WEC drivers get late clearance to race at Motegi