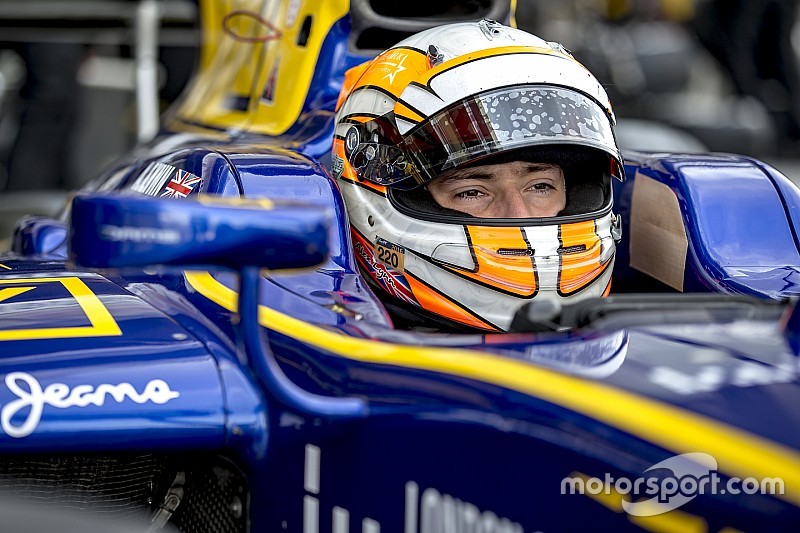 Alex Lynn says he is considering a move to Super Formula next season as he continues to weigh up his future options following the end of his GP2 career.

The Briton signed off from a two-season tenure in the Formula 1-supporting category with a win in the Abu Dhabi sprint race, which lifted him to sixth overall in the standings.

Having already indicated he won’t be back for a third GP2 campaign in 2017, and having missed out on a chance to graduate to F1 with Williams, Lynn is now considering his choices of where he may be able to race in 2017.

He says that a move to Super Formula – where his former DAMS teammate Pierre Gasly is set to compete next year with the backing of Red Bull – is something he is actively working on.

“I’ve been looking at Super Formula, trying to push with a few teams,” Lynn told Motorsport.com. “I’ve been picking up the phone and trying to get some conversations going.”

“If an opportunity to race there comes along I’d be really interested, because racing single-seaters is such a cool thing.”

WEC still on the radar

Lynn also appeared in the final three FIA WEC rounds of the season with the Manor LMP2 team, and has been eyeing up opportunities in both the LMP1 and GTE-Pro categories since.

He appeared for the Aston Martin squad in the recent Bahrain rookie test, and was the quickest of the six drivers trialled by the British marque.

“My goal for next year is definitely to be a factory driver, in whatever context that is,” confirmed Lynn.

“I want to be a professional driver who gets paid, and someone who is representing a brand.

“WEC offers the most opportunity to be a factory driver with a good car manufacturer, so I’m looking at all options. If the right option comes along, I’ll jump at it.”

Asked if there had been further contact with Aston Martin since the rookie test, he added: “Not as yet, but I’m really hoping we can have some further discussions.

“I think over the next few weeks there’ll be a lot of discussions to try and get myself an opportunity somewhere.”

Red Bull in talks to place Gasly in Super Formula