Kamui Kobayashi admits he found it hard to find a "rhythm" in Super Formula this season after missing races due to his Toyota LMP1 duties.

Kobayashi went into the 2020 campaign harbouring ambitions of a first Super Formula race win, but ended up with just one points finish in five starts and his worst championship placing in his four seasons with the KCMG team.

Despite making it to Q3 three times in five attempts, the 34-year-old didn't score points before he took fourth place in the first race of the Suzuka double-header.

Kobayashi was forced to miss the Okayama and Autopolis races because of his Toyota FIA World Endurance Championship commitments, and he believes that the increasingly competitive nature of Super Formula means combining the two series is getting harder.

"To be honest, we missed a couple of races and to get the rhythm is a bit difficult," Kobayashi told Motorsport.com. "I knew it wouldn't be easy, because these races are so tight in terms of laptime and performance. But this is nothing we can do anything about.

"Our priority is always WEC. I can’t be full attack with Super Formula anyway. And when you are doing both Super Formula and SUPER GT it’s much better because you are always racing on this type of track and we don’t have many practice sessions.

"I have experience, so I can manage, but doing Super Formula and missing races, it’s very difficult. To fight for the title, you have to do every race." 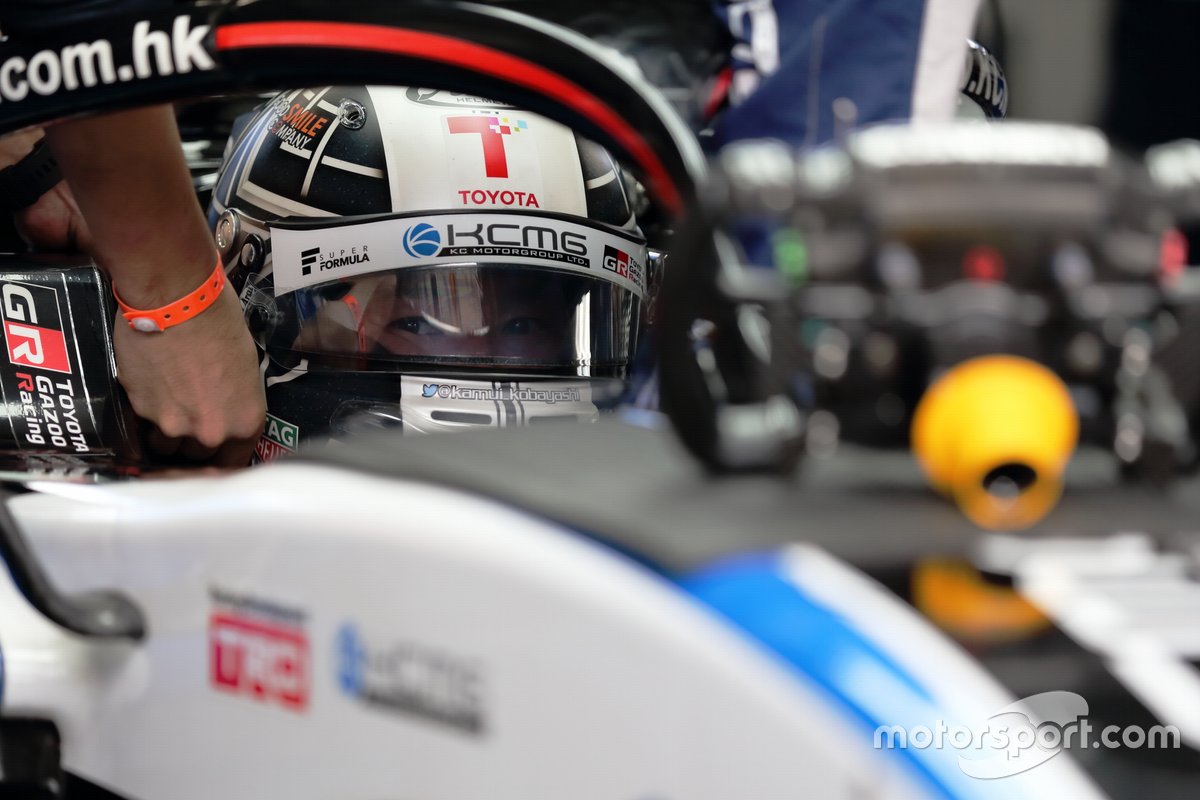 KCMG ran a second car for the first time this season, with 2016 series champion Yuji Kunimoto being brought on board and ending up ninth in the standings with a best finish of third in the first Suzuka race - his first podium finish in two years.

"It’s been a good help," said Kobayashi of having Kunimoto as a teammate. "Without having one driver consistently in the other car it would have been a lot more difficult."

As well as skipping two Super Formula races this year, Kobayashi has also missed the first two tests for Toyota's 2021 Le Mans Hypercar contender to be able to race in Japan.

Despite the recent announcement that Super Formula has changed the date of its Okayama round to avoid a clash with the WEC's visit to Fuji, Kobayashi believes that trying to combine the two series will remain problematic in 2021.

Asked about his plans for next year, he replied: "Still we are in discussions. I think the travel restrictions will be there, this is the biggest problem. With this, I need to miss races.

"Maybe you can manage for a few races, but to compete in such a tight field, it’s not easy."