Honda Performance Development has announced the creation of a scholarship fund worth $600,000 for the winner of this year's Formula Regional Americas championship to race in Super Formula.

The US arm of the automotive giant hopes to encourage drivers to race in the NTT IndyCar Series off the back of success in Super Formula, much like Alex Palou did last year.

Palou came close to winning the 2019 title in his rookie season in the Japanese single-seater series, and was offered a chance to switch to IndyCar with Dale Coyne Racing in conjunction with Team Goh, which supported the Spaniard.

This year Palou moves to Chip Ganassi Racing, joining Scott Dixon and Marcus Ericsson on the multi championship-winning team's roster of full-time drivers in the series.

FR Americas was launched in 2018 as 'F3 Americas', but was rebranded last year in line with the other FIA-backed Formula Regional series in Europe and Asia. Previously, it had offered a scholarship for Indy Lights. Swedish racer Linus Lundqvist was the 2020 champion.

“I am very pleased with this new program as it is a collaboration between HPD and Honda Motor [in Japan] for a true global driver development program,” said John Whiteman, HPD commercial motorsports manager.

“This past year, Alex Palou demonstrated that Super Formula can fully prepare a driver for IndyCar racing success. Progressing from Formula Regional Americas to Super Formula can be a clear, fully Honda-powered path to IndyCar."

HPD's stated aim is to establish a Honda-powered path for young drivers to reach IndyCar, creating an alternative to the traditional 'Road to Indy' ladder system, that runs via the US Formula 4 championship, FR Americas and Super Formula.

Honda is one of two engine suppliers (along with Toyota) in Super Formula, and last year it supplied nine cars in the 20-car field. A prize fund of $600,000 would likely be more than adequate to land a deal with a team in the Japanese series.

As well as Ganassi racer Palou, Arrow McLaren SP pair Felix Rosenqvist and Patricio O'Ward both have experience of Super Formula of this year's IndyCar grid.

Palou commented: "The racing level in the Super Formula series is really high and demanding for a driver. You can then use all that experience in IndyCar.

"I’ve been lucky enough to get to experience the highest level of racing in Japan and now in the US, and I can’t thank enough Honda, Dale Coyne and Team Goh for the amazing opportunity of becoming an IndyCar driver, now with Chip Ganassi at the highest level." 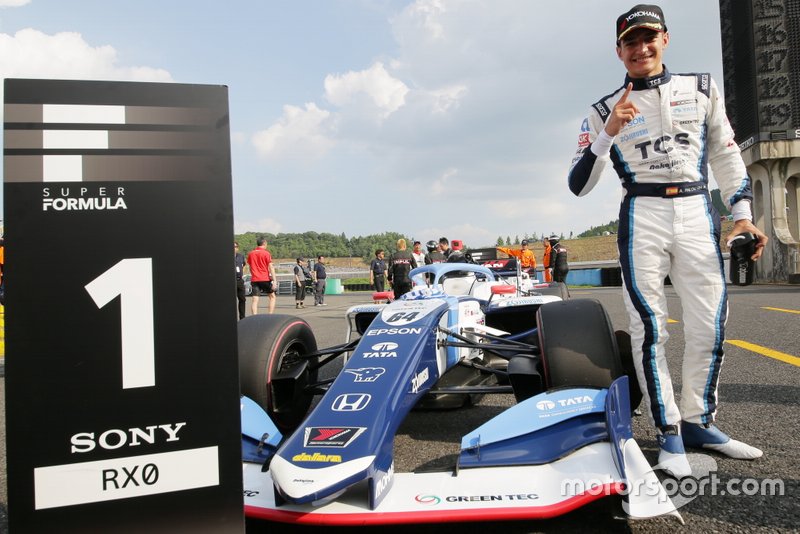