Ryo Hirakawa says he regrets not leaving his pitstop later in last weekend’s Suzuka season finale, feeling his strategy robbed him of a chance to beat Nirei Fukuzumi to victory.

Impul driver Hirakawa concluded a frustrating 2021 season in second behind Fukuzumi, suffering his first winless campaign since 2018 and taking fourth in the drivers’ standings.

An engine problem in qualifying left Hirakawa only ninth on the grid, but a strong start promoted him to sixth on the opening lap, while contact between Tomoki Nojiri and Toshiki Oyu that pushed the latter into the gravel gave him another place on lap two.

Hirakawa then picked off Hiroki Otsu for fourth place on lap three and settled into third when poleman and early leader Nobuharu Matsushita was given a drive-through penalty.

While Fukuzumi pitted on lap 11 to successfully undercut Nojiri, who came in on the following lap Hirakawa left his stop until lap 14, moving up to second in the process.

But he spent the latter half of the race unable to find a way by Fukuzumi, leading him to wish he had stayed out for longer in clean air.

“The start and the race pace was good, but personally I think the strategy wasn’t so good,” said Hirakawa. “It’s easy to say in hindsight, but I wish I had stayed out for longer. I was saving my tyres while following the other cars in the early stages, so I think it was a waste.

“I had a call from the team to say, ‘If you come in now, you can gain position’, but if I had calmly stayed out and pulled a gap, I think I had a chance to move even further up, so that’s something I regret.” 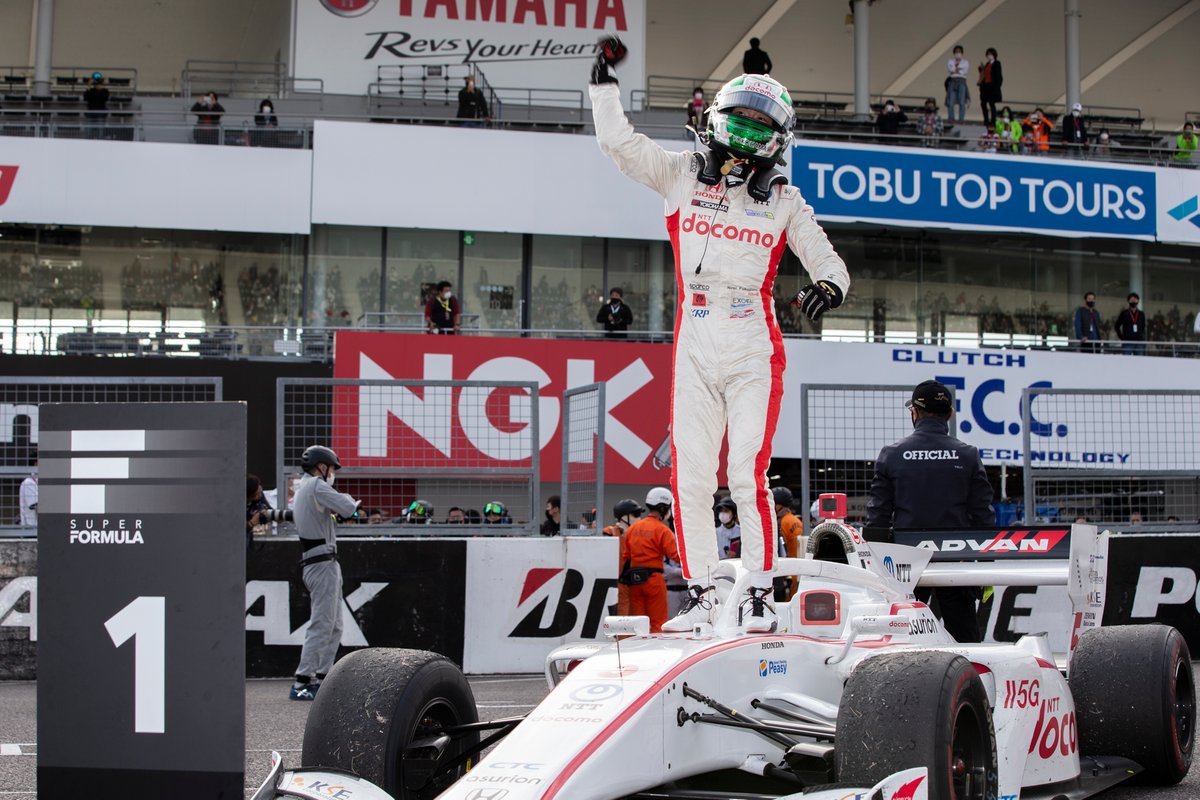 Fukuzumi meanwhile vaulted up to second in the final drivers’ standings behind the already-crowned Nojiri with his second win of the season, following his Sugo triumph in June.

The Dandelion Racing driver said the win carried extra significance for him as he lost a likely victory to a puncture during Super Formula’s previous visit to Suzuka back in April.

“Considering how it went on Saturday, I thought there was no way I could win,” said Fukuzumi, who had qualified third behind Matsushita and Oyu but was passed by Nojiri at the start.

“After winning at Sugo, I had a couple of depressing races, but I’m happy I could get ‘revenge’ for my retirement in the last race at Suzuka. I had never won in Super Formula at Suzuka, so for me it’s a really special victory.

“Suzuka is not an easy track to overtake on, and Nojiri is good at defending, so I thought the only option was to try and undercut him. I was afraid of having a slow out lap if I pitted after the temperature dropped, so I decided to come in early and it worked out well.”

Despite Fukuzumi’s win, second for Hirakawa and fourth for Yuhi Sekiguchi – from 14th on the grid – was still enough for Impul to beat Dandelion to the teams’ title. 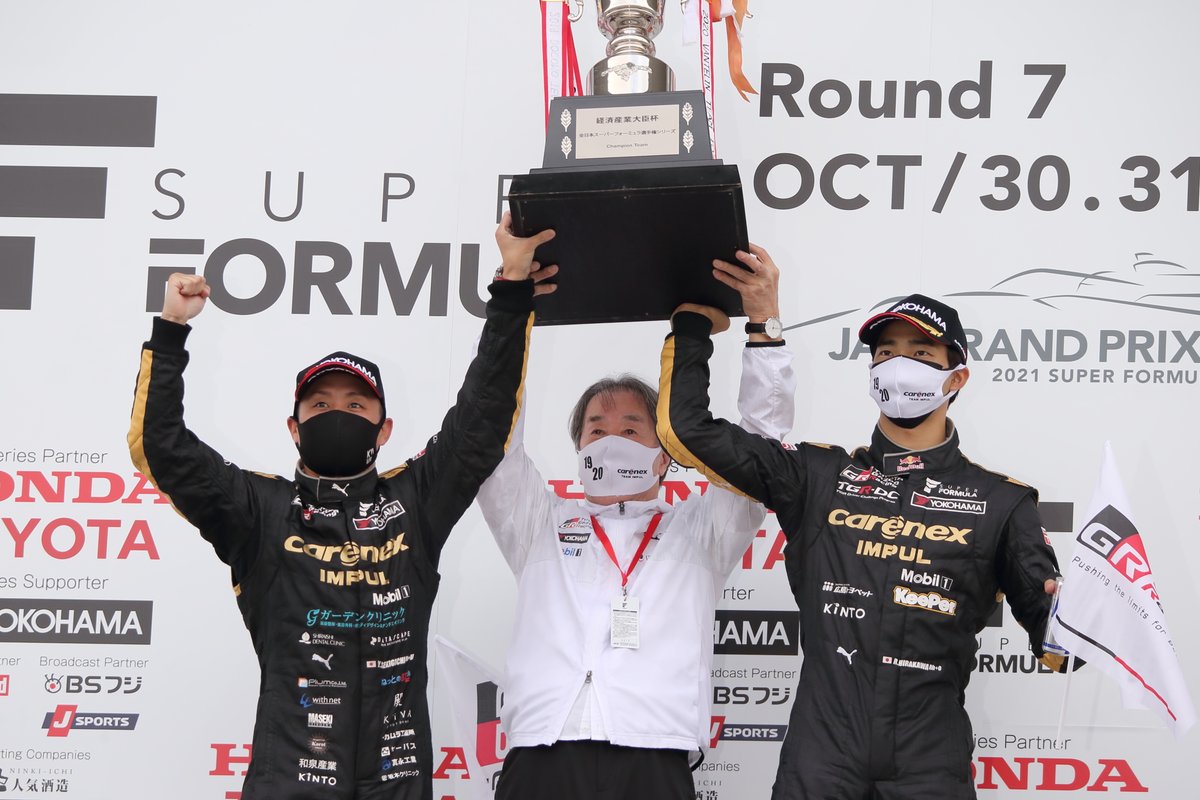