Nirei Fukuzumi says his top 10 finish in last weekend’s Sugo Super Formula round will act as a major confidence booster for Drago Corse, even if the team’s race pace left much to be desired.

Fukuzumi finished eighth in Sunday’s fifth race of the season, securing Drago Corse’s first points finish since its return to Super Formula in 2020.

The 25-year-old laid the foundation for the result with an excellent lap of 1m04.913s in qualifying that put him sixth on the grid, just two tenths shy of a spot on the front row.

Come the race, Fukuzumi stopped for fresh tyres as soon as the pit window opened at the end of lap 10, joining the majority of the field in taking advantage of an early safety car period to minimise the time loss.

Fukuzumi didn’t have the pace to prevent himself from being leapfrogged by the late-stopping Tadasuke Makino, or hold position against the fast-charging Ryo Hirakawa, but eighth place still marked a massive turnaround in fortunes for the one-car Drago Corse operation, whose previous best finish was 11th with Tatiana Calderon.

Fukuzumi admitted that the Ryo Michigami-led squad has a lot of work to do to challenge for a top 10 result again, but feels his run to eighth in Sugo will boost the morale of the entire crew.

“My pace in the race was not good at all; I think we achieved this result because we had a good qualifying session,” said Fukuzumi, who scored his maiden win at the same venue last year with Dandelion Racing.

“Race pace is an issue, but being able to get to the front in qualifying and racing in a position to score points was a step forward for the team, and I think it gave us confidence.

“In order to achieve similar results in the future, I think we need to study a lot of things, so I want to turn this result into confidence and do my best." 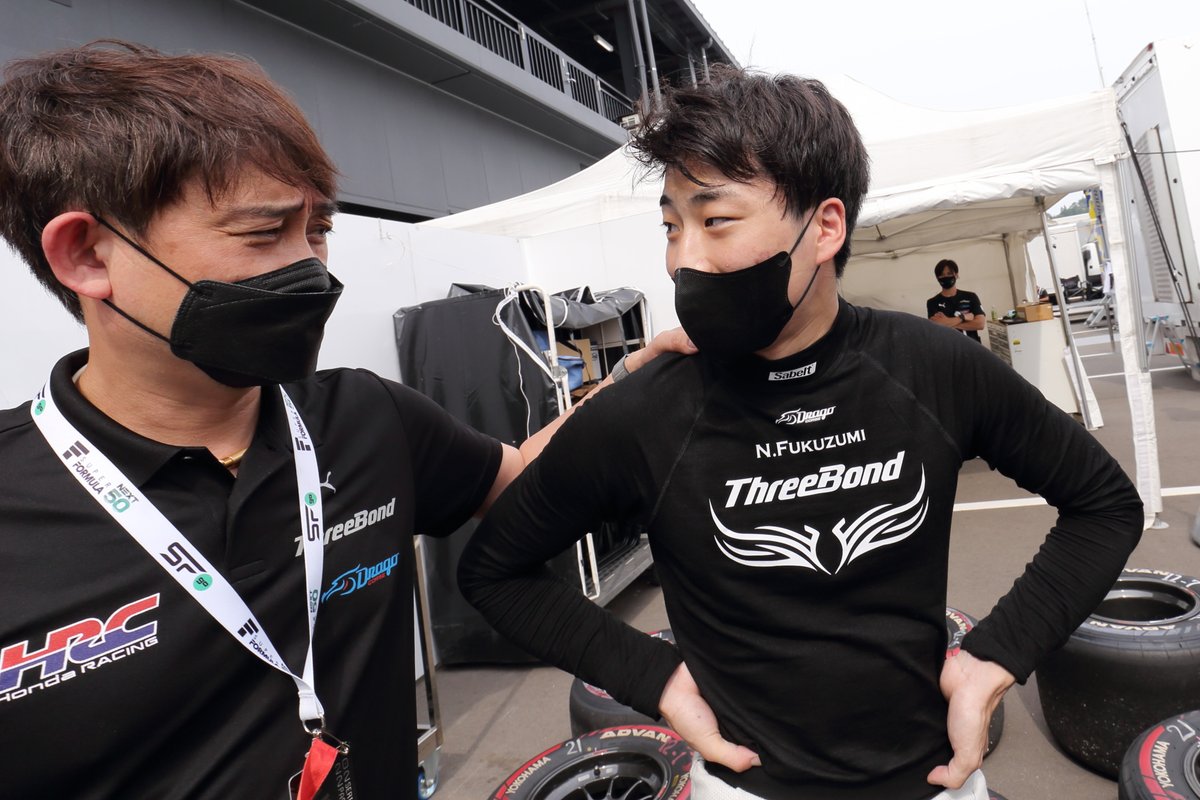 Fukuzumi said he had trouble switching between fresh tyres and scrubbed rubber, explaining that the car’s behaviour would change dramatically whenever he put on a different set of tyres.

“I've experienced the feeling when it's good with the teams we've run with in the past, but we're struggling to make it the same, but I'm glad we've improved as a team.

“I think we need to work even harder in the future, so we'll do our best."

Fukuzumi's eighth-place finish in only his fifth race with Drago Corse has left the one-car Rookie Racing outfit as the only squad yet to score a point in the 2022 Super Formula season.