Fukuzumi, the only driver entered for Dandelion in the test following full-season teammate Naoki Yamamoto's surprise defection to fellow Honda team Nakajima Racing, topped both two-hour sessions and set the fastest time of the test overall.

His best effort of 1m20.120s, set with just a few minutes to go in the morning session, put him 0.218s up on the best time set by Yamamoto on the first day of running.

Fukuzumi followed up with a 1m20.247s with around 13 minutes left on the clock in the afternoon to demote Nakajima regular Toshiki Oyu and complete a clean sweep.

Oyu edged out his new partner Yamamoto by just 0.002s with his best time of 1m20.505s, as the newly-crowned three-time champion set his personal best in the morning session.

Nobuharu Matsushita was a late addition to the test line-up as he replaced Yoshiaki Katayama on B-Max Racing's roster, albeit piloting the #51 car that had been shared on Tuesday by gentleman racers Nobuhiro Imada and 'Dragon' instead of his usual #50 car.

The Formula 2 exile was third-fastest in the morning and fourth overall, followed by Inging Toyota pair Sho Tsuboi and Sena Sakaguchi, the top rookie. 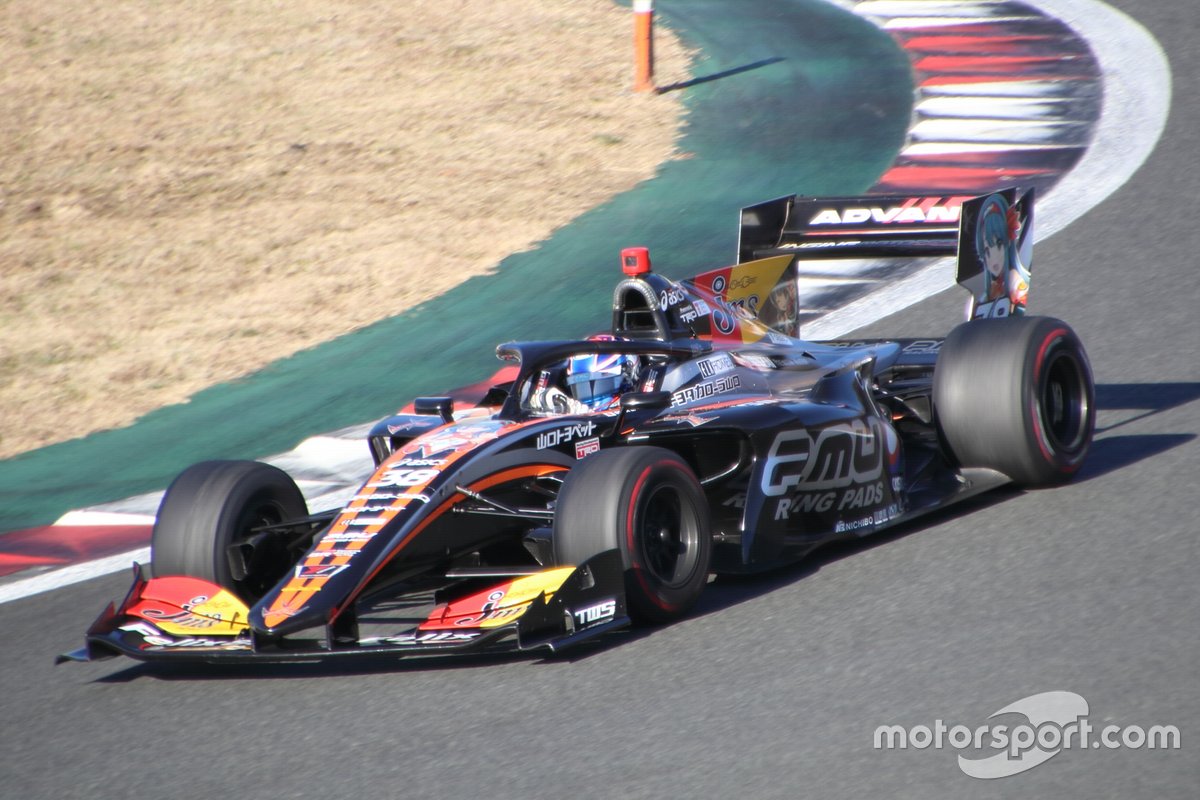 Next up was Tomoki Nojiri in Mugen's sole entry, Super Formula Lights champion Ritomo Miyata for TOM'S and Kondo Racing's quickest driver, Sacha Fenestraz. Ryo Hirakawa completed the top 10 in Impul's one and only entry.

Tatiana Calderon couldn't quite replicate her impressive speed of Tuesday, slipping to 14th on the timesheets on her final day of running of the year for Drago Corse.

Enaam Ahmed meanwhile was 17th-fastest for B-Max ahead of Shunsuke Kohno, who only appeared for the final half-hour of the afternoon session in the 'Rookie Racing'-branded Inging car that had been piloted for most of the day by Kazuya Oshima.