Tomoki Nojiri set the pace in practice for this weekend's Super Formula title decider at Fuji Speedway, leading a one-two for the Mugen Honda squad ahead of teammate Ukyo Sasahara. 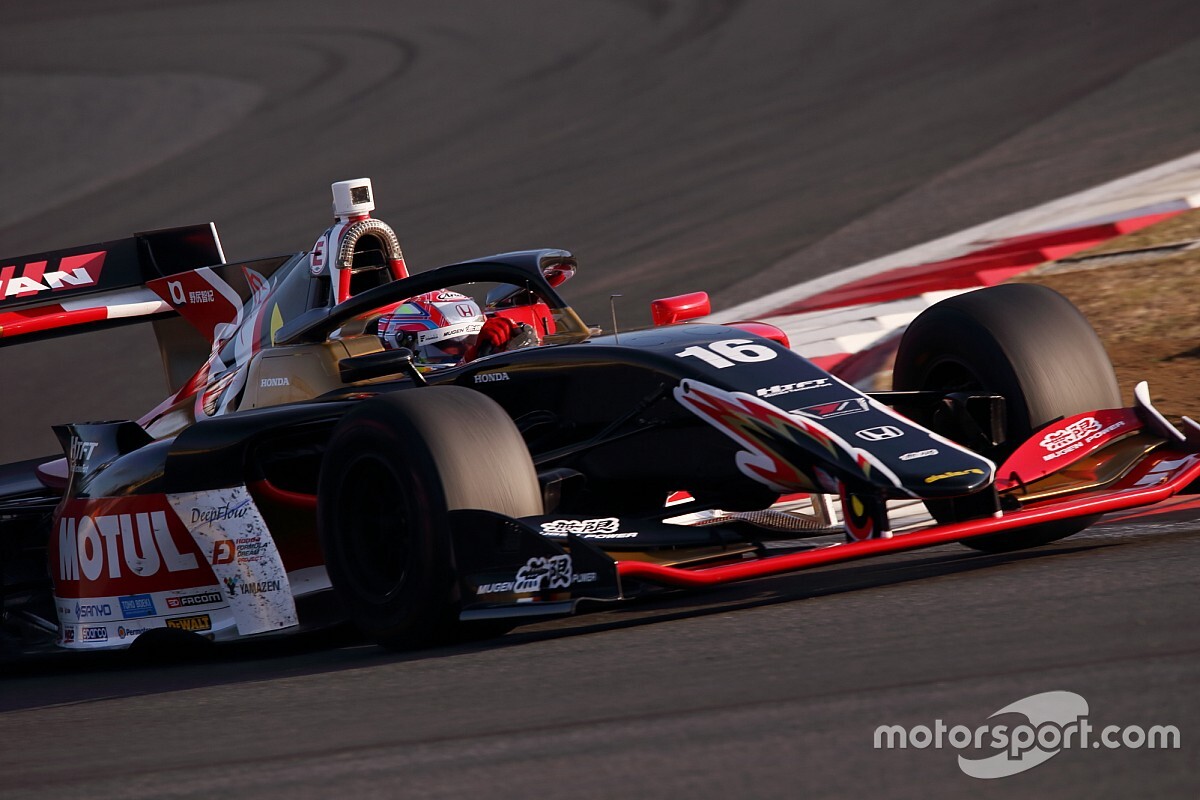 It was Sasahara that had controlled the timesheets for the majority of the day, topping the morning session with a time of 1m20.863s - demolishing the previous track record of 1m22.572s set by Andre Lotterer all the way back in 2014.

Sasahara was also fastest for much of the afternoon session as he improved on his own benchmark with a 1m20.791s with a little over half an hour to go.

But the Red Bull-backed driver caused the first and only red flag of the day's running when he spun and stalled exiting Turn 10 with just over 10 minutes left on the clock.

After that, the majority of the field fitted new tyres, and Nojiri managed to edge out Sasahara by less than a tenth as he first set a 1m20.769s before improving to a 1m20.708s.

Behind Sasahara, joint championship leader Ryo Hirakawa was third-fastest for Impul in the best of the Toyota-powered cars, 0.239s off the pace of Nojiri.

Sho Tsuboi (Cerumo) recovered from a spin at Turn 2 on his out lap to go fourth, just ahead of Suzuka race winner Toshiki Oyu (Nakajima Racing).

Naoki Yamamoto, who heads to Fuji tied on points with Hirakawa, was bottom of the timesheets in FP2 as he didn't equip any new tyres in the final part of the session.

His best time from the morning session of 1m21.645s left him 13th in the combined timesheets, behind Kenta Yamashita (Kondo Racing) and Yuji Kunimoto (KCMG).

Hiroki Otsu, standing in for the unwell Tadasuke Makino at Nakajima Racing this weekend, was 18th fastest across the two sessions, 1.232s off the pace.

As has been the case all season, the drivers will be split between two groups in Q1 on Sunday morning, collectively fighting over 14 spots in Q2. The seven fastest drivers out of the 10 in each group will progress to Q2.