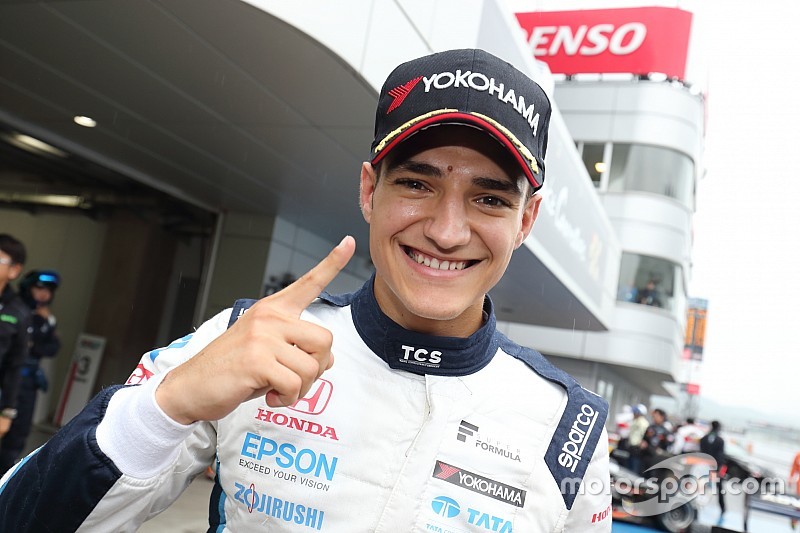 Inging's Sho Tsuboi was the first driver to set a competitive lap time in the final part of qualifying, lapping the 4.563km circuit in 1m39.252s on a set of full wets.

With weather conditions getting worse, reigning Japanese F3 champion Tsuboi looked set to take pole, only for Palou to deny him the top spot in the final minutes of the session.

The Nakajima driver beat Tsuboi’s best time by 0.085s and was set to go quicker after setting purple times in sector 1 and 2, before a scruffy end to the lap.

However, Palou’s previous lap of 1m39.167s was good enough for pole, with Tsuboi settling in for second in an all-rookie front row.

Autopolis winner Yuhi Sekiguchi qualified third for Impul, 0.059s adrift of the leading pair, with Mugen driver Tomoki Nojiri next up in fourth.

Team LeMans’  Kazuya Oshima was seventh quickest in qualifying, while Palou’s teammate Tadasuke Makino was unable to string together a clean lap and will line up eighth.

Championship leader Naoki Yamamoto (Dandelion) was knocked out of a Q3 spot by the aforementioned Oshima and will start ninth, sharing the fifth row of the grid with TOM’S driver Kazuki Nakajima.

Lucas Auer, who scored his maiden podium at Sugo last time, and KCMG’s Kamui Kobayashi were two of the most high-profile drivers to be eliminated in Q1.

Auer missed out on the Q2 cut by a quarter of a second and qualified 15th, four places ahead of Kobayashi, who will line up on the final row of the grid.

Red Bull junior Patricio O’Ward suffered a spin when he drove over a wet kerb while trying to gauge conditions on his outlap. He will start his first Super Formula race from 20th and last on the grid.

O’Ward had set the eighth quickest time in second practice earlier this morning.