Sacha Fenestraz says being eliminated by a veteran like ex-Formula 1 racer Kazuki Nakajima at the first corner in last weekend's Sugo Super Formula round was "a bit annoying".

Kondo Racing driver Fenestraz was knocked out of contention at Turn 1 for a second race in a row on Sunday as TOM'S driver Nakajima locked up under braking and ploughed into the side of Fenestraz's car, giving the latter terminal damage.

It marks the second race in a row that Fenestraz has failed to progress beyond the first corner after he was wiped out in a three-car melee at the start of the previous race at Okayama, which was triggered by rookie Toshiki Oyu making a similar error to Nakajima's.

Fenestraz said being taken out by Nakajima was "much" harder to accept than the incident with Oyu, owing to the two-time Super Formula champion's level of experience.

"Getting hit by someone like [Nakajima] with a lot of experience is a bit annoying," Fenestraz told Motorsport.com. "He’s not a rookie, I think he’s got 10 years of experience here, and he’s raced in F1. That kind of mistake shouldn’t happen for someone like him.

"He knows better than anyone in the paddock that you don’t win the race in the first corner.

"Of course it was not on purpose, he ruined his own race as well, but it could have been avoided for sure. He was very optimistic, he was very far back, on a cold track with cold brakes. Trying a move like that on the first lap, you know it’s not gonna work." 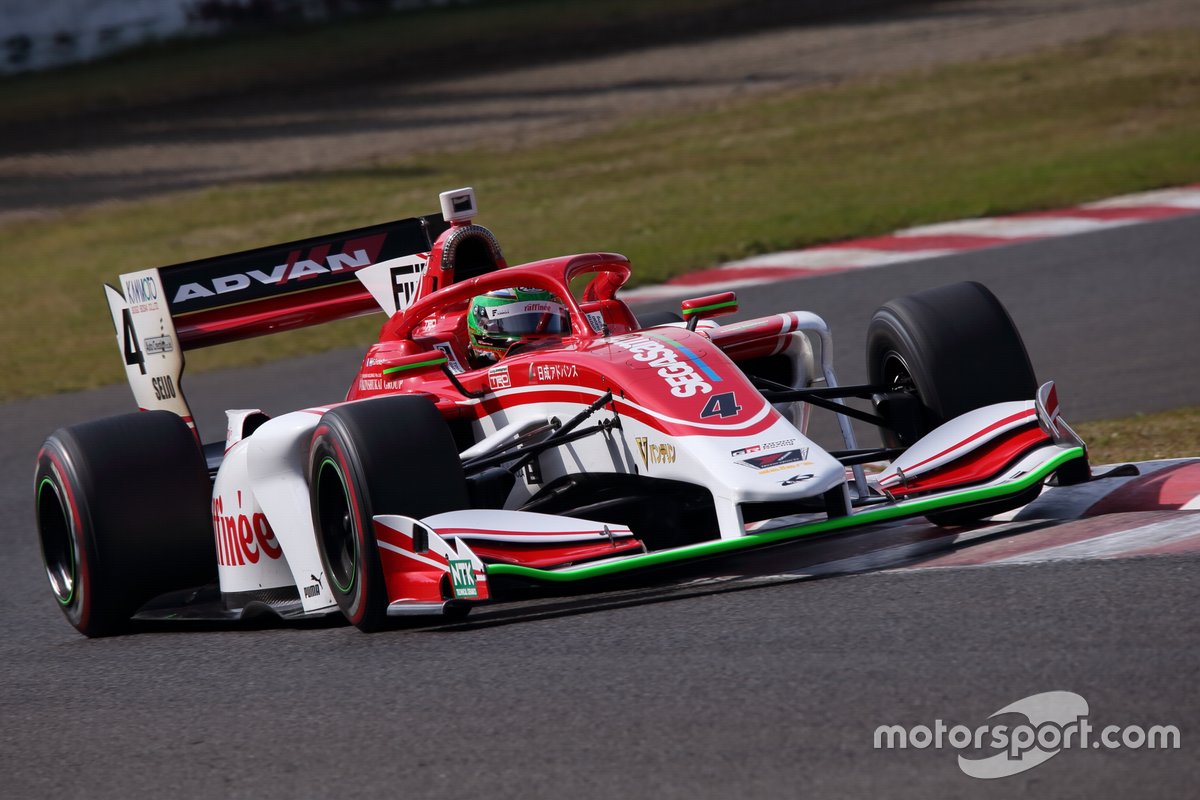 Fenestraz did however concede that the crash wouldn't have happened if it wasn't for his sluggish getaway from third on the grid.

"The only thing I could have done different is get a normal start; we are doing something wrong on the start for sure," he admitted. "Kenta [Yamashita, teammate] had a bad start as well, so I think it’s a team procedure and something we are doing wrong with that."

While the series' system of dropped scores means that the deficit is not as large in reality, the Frenchman said he was frustrated to lose another chance to gain experience of racing with a mandatory pitstop, which was only re-introduced for Okayama.

"We get to drop two results of the year, so in a way it’s not that bad, but now there’s no more margin [for error]," Fenestraz said. "The most annoying is that I lose a lot of experience.

"Now I’m two steps behind the other rookies in experience, and big steps because in this kind of race with a pitstop you learn a lot: about strategy, cold tyre running – you saw what happened to Sergio [Sette Camara, who crashed on cold tyres] – things like that."