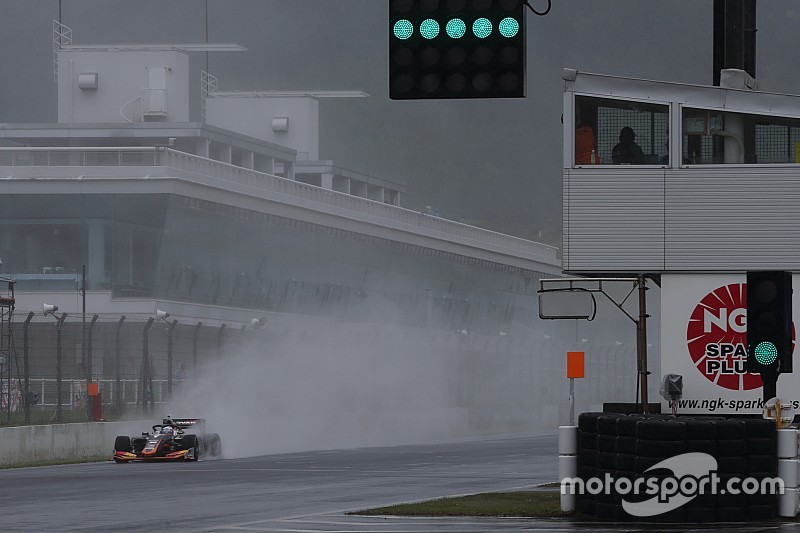 Super Formula drivers have called for changes to procedures after nearly half the grid failed to set a competitive laptime in a wet qualifying at Autopolis.

Heavy showers hit the track on Saturday, forcing the series to ditch its three-part Formula 1-style qualifying in favour of a shorter 40-minute session on Sunday morning.

However, the rain failed to ease off by then, leading to a chaotic qualifying featuring three red flags and several yellow flag interruptions.

Only 11 drivers were able to set a laptime within the 107% rules, with the likes of defending champion Naoki Yamamoto, Red Bull junior Dan Ticktum and Alex Palou all failing to make the cut.

Ticktum described qualifying as a “bit of nonsense” after ending up 14th on the grid, while Alex Palou labelled it as “comedy" and argued that it was “not fair” for the drivers.

Yamamoto, who managed to finish second after making a strategic gamble to pit on the first lap, said Super Formula must come up with new procedures to handle similar situations in the future.

"I feel that we need to re-evaluate the way the race is run and run again [in the future in similar circumstances],” he said.

"That’s not to say I’m criticising [Super Formula promoter] JRP. I think given the conditions, it’s easy to say from the outside, but people who actually [handle the race operations] I think it was very hard [for them] and the judgment was also very hard.

"I think this was a good experience, so when such a situation happens again, I think it would be necessary to re-evaluate what to do next."

Yamamoto’s words were echoed by Yuhi Sekiguchi, who completed a fantastic charge from 16th on the grid to take his sixth victory in Super Formula.

“In the qualifying session, I couldn’t really attack for a single lap,” Sekiguchi admitted. “[It was frustrating in] qualifying without being able to run at the original speed for one lap even with 40 minutes.

“This is my first time to be honest and there were too many risks. It's also important to say ‘luck is one of our strengths’, but I think it's because I was a little too biased towards [luck] and I actually felt it.

"I think it would be a good idea to talk with everyone and change the rules so that everyone can be satisfied with it, as Yamamoto said.”

Impul team boss Kazuyoshi Hoshino backed drivers in their pursuit of introducing immediate changes, asking his fellow team principals to seek a solution before the next round at Sugo in June.

"There are things to rethink at each level,” Hoshino said. “All teams must come together before going to the third round and make all the rules."