Nick Cassidy has described losing a likely victory in Sunday's Suzuka Super Formula race to an engine failure as "heartbreaking".

From pole, reigning champion Cassidy was pulling away from second-placed Toshiki Oyu early on in the 30-lap race, before his Toyota engine let go at the start of the ninth lap.

Oyu went on to take his first Super Formula win ahead of Nirei Fukuzumi, as Saturday race winner Naoki Yamamoto dropped out with suspected gearbox trouble.

A victory for Cassidy would have put him within touching distance of a second title, but instead he heads to the Fuji Speedway finale as a rank outsider, nine points down on joint leaders Yamamoto and Ryo Hirakawa when dropped scores are considered.

"The win today was in the bag and the championship would have been too," Cassidy told Motorsport.com. "It was the first perfect day [this season] we’d put together, so just heart-breaking to have that happen when I could’ve basically walked home with a second championship.

"I think Oyu was running higher tyre pressures, so my pace was getting better and his was dropping off. The pace seemed quite a bit quicker than Naoki’s early laps from Saturday, so I thought I was set for the win." 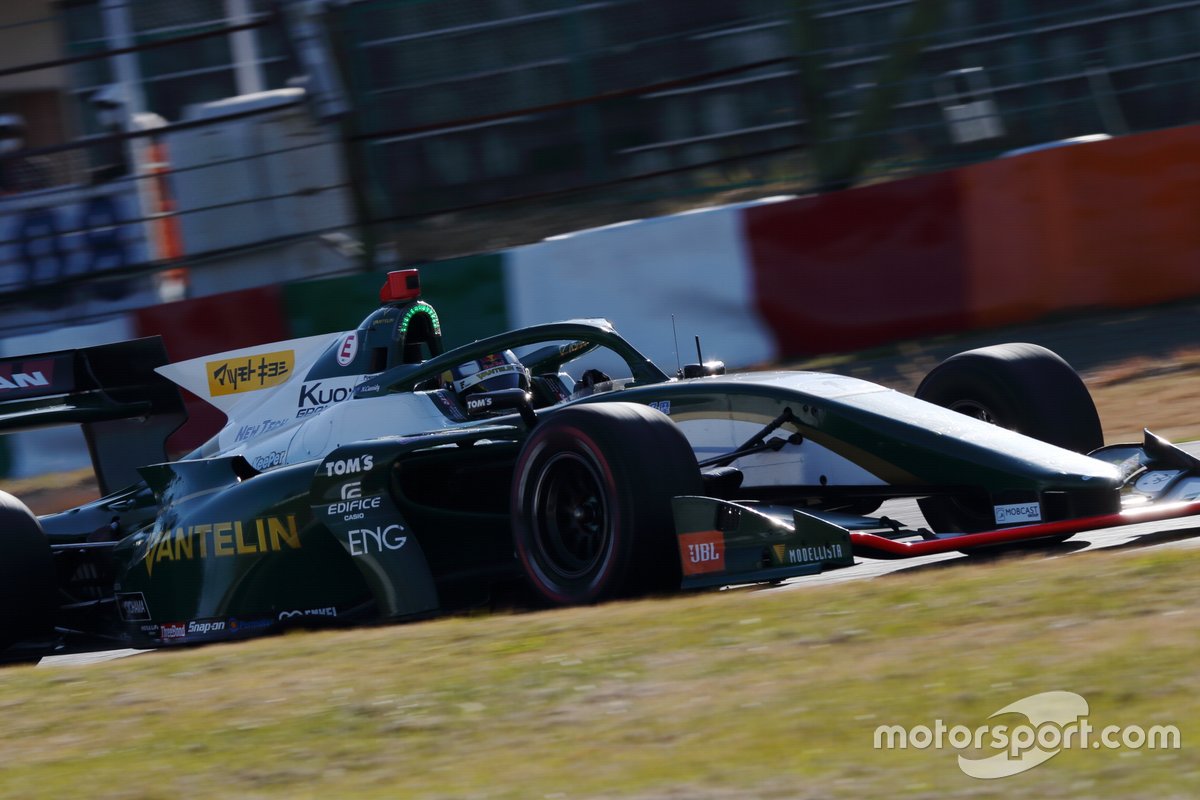 The Fuji finale in two weeks will be Cassidy's final race in Super Formula before he switches his full attentions to the upcoming Formula E season with Envision Virgin Racing.

On his chances of coming from behind to take a second title, Cassidy said: "I’m confident about the pace, but I think I’ll have a 10-place grid penalty [for an engine change].

"Today we had the chance to close the championship, so to go from that situation to an outside chance really hurts."

Pole came after "the best lap of my life"

Cassidy had earned pole after lowering the Suzuka track record even further, besting the time that Yamamoto had set on his way to the top spot a day earlier.

Speaking in parc ferme, the New Zealander called his session-topping Q2 effort "the best lap of my life", and said his Q3 time of 1m34.442s "was even better". It was his first pole for TOM'S and his first since he took the top spot for Kondo Racing at Fuji in 2018.

In the pole position press conference, Cassidy said he felt Sunday's qualifying session was the first of the season in which he could show his true potential.

"I feel like in qualifying I've been delivering all year, but just the car we’ve been struggling a bit and lately we’ve understood it more," he said.

"The car is getting better, which is nice, and finally we’ve understood qualifying at the end of my Super Formula career. It would have been nice to understand this two years ago."