Tatiana Calderon says she believes she is "getting closer" to her first points finish in Super Formula after matching her best finish of the season so far at Suzuka last weekend.

The Drago Corse driver finished 12th in Sunday's second race of the weekend on her first visit to the Japanese Grand Prix venue, matching the position she achieved in the first round of the season at Motegi in August.

A quick pitstop meant Calderon was running in a net ninth after the second safety car period in an incident-packed race, but she couldn't maintain that position and ultimately missed out on a first points finish in the single-seater series by around 2.5 seconds.

However, the Colombian driver was pleased with her improvement compared to Saturday's first race, in which she finished 13th but with even more attrition, and feels now that a first top-10 when the season concludes next weekend at Fuji Speedway is an achievable goal.

"I am much happier with [the second race than the first]," Calderon told Motorsport.com. "From qualifying [on Saturday] to [Sunday] I gained one second.

"I know there is still a lot to gain, but I think it’s a good step, and I think we made a good improvement with the car as well during the race. The team also did a really good pitstop, a good strategy and I was just trying to defend as hard as I could at the end.

"We are now fighting people, which is important, and the pace is getting better and better. I’m much happier because of that. We take a lot of positives, although Fuji is a very different type of track, but I’ve been there, and this has helped my confidence a lot." 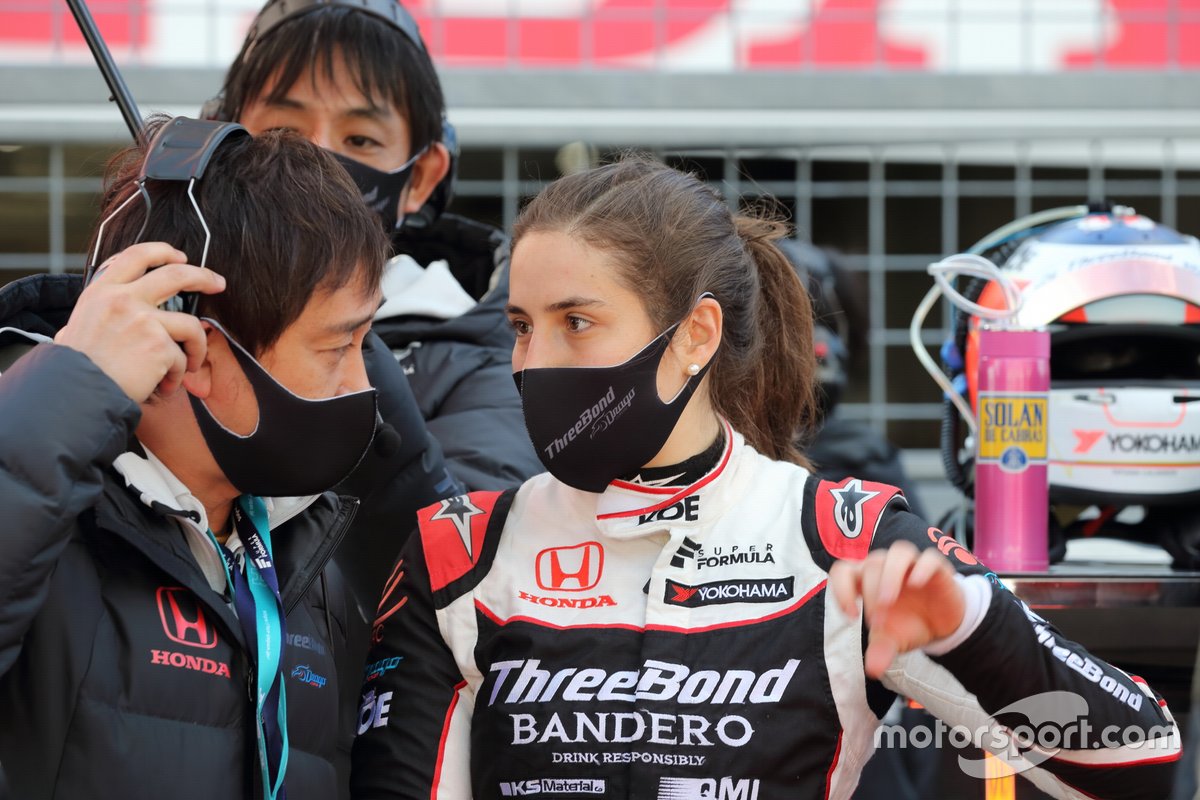 Last weekend's Suzuka races were only Calderon's third and fourth of the season as complications with travel prevented her from attending the second and third races of 2020 at Okayama and Sugo, before she made her return at Autopolis last month.

Next weekend will be the first time in Super Formula that the 27-year-old gets to race on a track she is already familiar with, as she took part in pre-season testing at Fuji back in March before the COVID-19 pandemic put the season on hold.

"Although the car feels different [since the pre-season], the set-up has changed quite a lot, I think it’s good I know the track, I know the feeling, the flow," she said. "I think we’re getting closer and I hope we can score a point and make a big step in qualifying at Fuji.

"[On Sunday] I was very close [to the points]. We are still learning, but we are getting closer and I hope with a little bit of luck we can get that first point."