Tatiana Calderon admits that it was a "big shock" readjusting to Super Formula during practice at Autopolis after two and a half months away from the series.

Calderon made her debut in the Japanese single-seater series back in late August in the opening round of the season at Motegi, but was forced to sit out the following two races due to a combination of her commitments in the European Le Mans Series and Japan's quarantine requirements for foreign arrivals.

With the ELMS season now complete, Calderon is back with the one-car Drago Corse team for this weekend's fourth round of the season at Autopolis.

The 27-year-old said that getting used to the sheer grip on offer in comparison to the Oreca LMP2 car she drove in the ELMS has been a challenge, especially because of the much cooler temperatures and much more demanding track layout compared to Motegi.

"It’s always a big shock when you come from a car with a roof and not so much downforce, it’s a different level," Calderon told Motorsport.com. "Also the car has changed a lot since Motegi and this is a very different track with a lot more high-speed corners.

"Then we had 40 degrees in Motegi and here it’s not particularly hot. To understand the car in all those different situations isn’t easy, and to have no data from anybody, it’s tough.

"But the team is doing everything they can to help me, and even from this morning to the afternoon the car felt much better and I was more used to it." 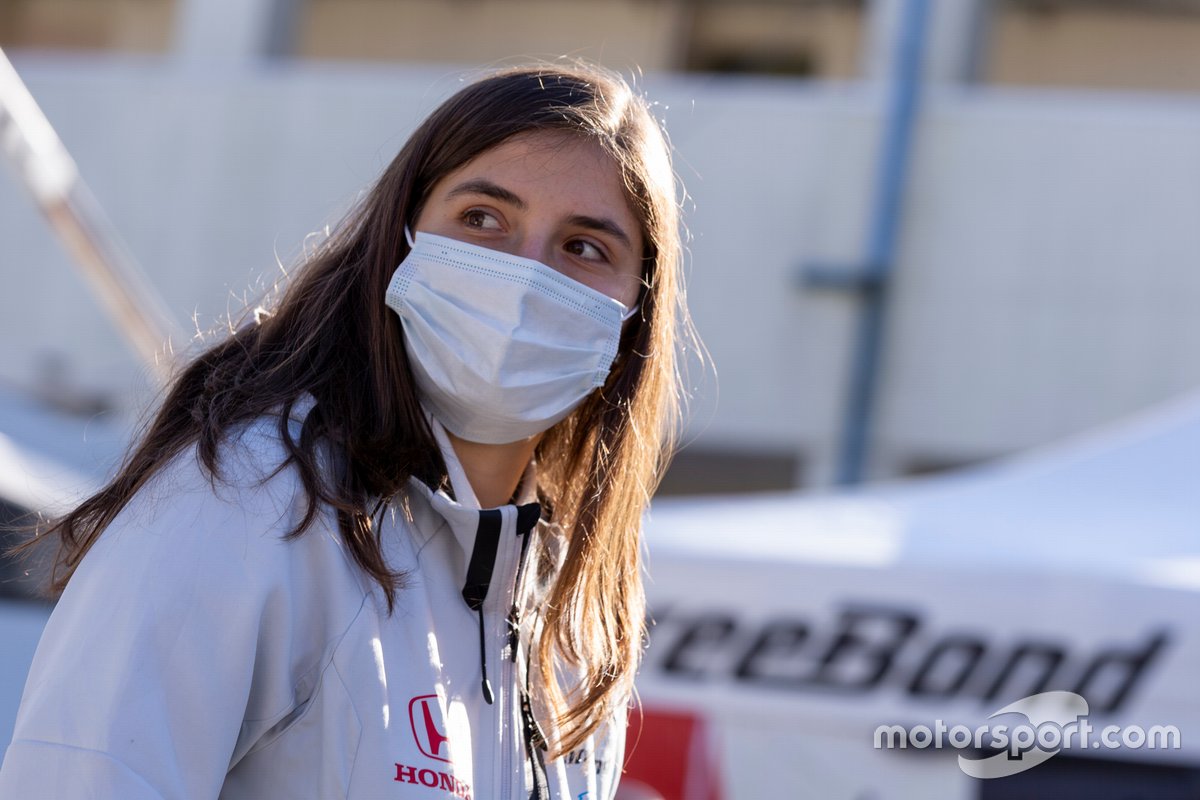 For the last two races at Okayama and Sugo, Calderon was replaced at Drago by Super Formula veteran Koudai Tsukakoshi, who scored a best finish of 12th place.

The Colombian said that Tsukakoshi's feedback has been valuable in helping improve fine-tune the car since the Motegi race.

Asked exactly where the car had improved since her last race, Calderon replied: "The traction is much better, and entry stability is a huge improvement. I was surprised by the traction and rear stability, I wish we had that in Motegi!

"Of course you always want more track time, but given that wasn’t possible the next best thing was to have someone as experienced as Koudai who knows where the car is at. He’s done so many years [in Super Formula], it was the best thing we could get."

Given that she concluded Saturday's running 20th, Calderon's expectations for qualifying were justifiably muted, but she remains hopeful of a stronger race showing.

"It’s going to be tough in qualifying; being realistic, if I am ahead of a few cars it would be great, but it won’t be easy," she said. "But we have a good race car and the team is strong on the pitstops, so we’re looking more at the race.

"Maybe seeing the issues with the tyres today, some people will try more than one pitstop. So we need to keep our minds open and be ready to react to the degradation."