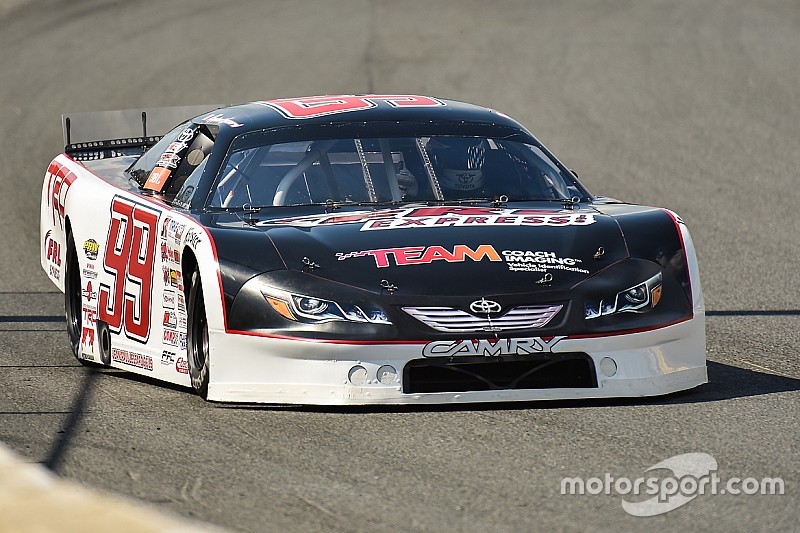 Raphaël Lessard, from St-Joseph-de-Beauce, Québec started 22nd only to finish 10th in the 200-lap race of the Champion Racing Association (CRA) series at the Watermelon Capital Speedway.

Behind the wheel of the No. 99 Toyota Camry FRL Express/Team Coach Imaging/Toyota-TRD/JBLAudio prepared by David Gilliland Racing team, Lessard enjoyed a trouble-free race and sliced through the field after a mechanical problem prevented him to register a good time in qualifying.

The youngster made his way to 10th place on Lap 71, and even made it to ninth-place during Lap 138.

The Canadian was able to pass his competitors using the outside line, an extremely difficult thing in oval races. At the end of the race, the car became harder to drive. Despite the return of suspension issues, Lessard managed to keep his top-10 position till the end of the race.

“It was an OK weekend," said Lessard. "We had some mechanical issues in qualification because a piece broke in the rear of the car.

“During the race it was the same thing, we also had problems. At the beginning of the race, I was able to make a great comeback because I found a good outside line to use. After a pit stop where the team changed my tires, it went well for a few laps, but after that our suspension problem came back. All in all, I am happy that I brought it home in 10th place after what happened! I have to thank many times David Gilliland Racing team, the guys didn’t stop working on the car.”