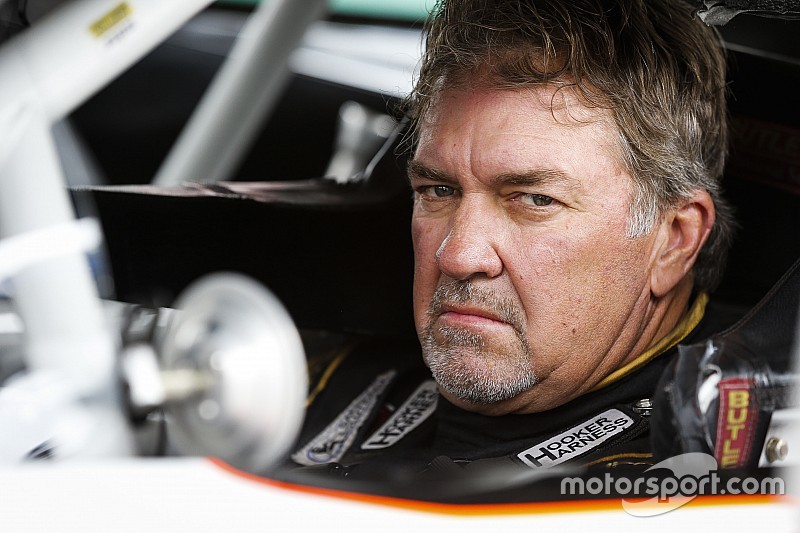 NASCAR veteran Mike Skinner is going to try to finish what he started last season in the Short Track U.S. Nationals.

Mike Skinner, a former champion of the Gander Outdoors NASCAR Truck Series and 28-time winner in the series, won the pole and jumped out to a big lead in last year’s 100-lap Pro Late Model race at the Short Track U.S. Nationals at Bristol (Tenn.) Motor Speedway.

Midway through the race as Skinner was pulling away with the lead and putting cars a lap down. Unfortunately, one of them slammed into his No. 5 car and brought an early end to his race.

He is determined to replicate his performance – absent the wreck – in Saturday night’s event.

“You never what to crash out of a race when you are leading and get hit by a lapped car. I felt really bad for the guy who put us out of the race,” Skinner, 61, said. “I had lapped him a couple of times and on that lap I drove in on the bottom and we never touched, he just lost it and slammed into me.

“I know he didn’t do it on purpose. Things happen so fast at Bristol that you can easily get caught up in something like that. Those situations make you sick to your stomach for sure.”

With a victory in Pro Late Models earlier this season at New Smyrna Beach (Fla.), Skinner said he feels confident heading into Bristol.

“Our cars run up front, and our boys (sons Jamie and Dustin who own the team) are very passionate about it,” Skinner said. “I’m just out here having a good time. This may be my last time racing at Bristol.

No matter what the outcome, Skinner says he’s looking forward to having a great time during the weekend with friends and family.

“We’ve got a bunch of folks coming over for the race in their RVs this weekend,” he said. “There’s going to be 20 or more buses coming. It’s going to be a big old party and then a race is going to break out in the middle of it.”