How medical professionals work to make racing safer in Canada 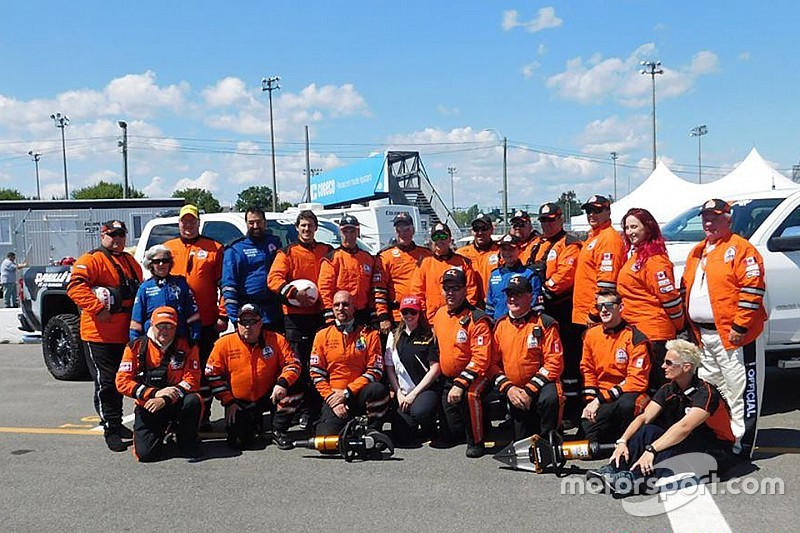 Drivers, crewmembers, and officials are all aware of the dangers associated with motorsports. This danger is part of what draws race fans to watch drivers compete against one another.

Since 2010, there has been a group of dedicated professionals who have made it their mission to provide the best possible at-track safety (medical, fire and rescue) for all the motorsports events with which they involved – the Canadian Motorsports Response Team (CMRT).

In addition, CMRT also has given itself a mandate to collaborate with other men and women of these same professions acting elsewhere in the roles of motorsport safety personnel.  In conjunction with the tracks with which they are affiliated the goal is to share up-to-date motorsports knowledge and skills with the end result being improved safety for participants (racers), officials, and the rescuers themselves.

Dr. Robert Seal, the head of Pediatric Cardiac Anesthesia at the University of Alberta’s Stollery Children’s Hospital in Edmonton, formed CMRT in 2010 with the help of Bruce MacDonald, a retired paramedic and former racer.

Involved nationally and heading operations in Ontario, Blaine Bates works closely with Dr. Seal to help promote safety in all forms of racing throughout Canada.

Our No. 1 goal is to promote safety in all types of racing and to provide the best medical and fire/rescue service to any track that brings us to their facility. Competitors risk their lives to entertain fans and we want to make sure we do everything possible to assist them and the track’s safety team in the event of an incident.

The organization spent the first 18 months of its existence recruiting volunteer members, purchasing equipment and providing training for all personnel. It is noteworthy that all members of CMRT, including the directors of the corporation, are volunteers.

The group’s association with events and racing organizations continues to grow with the addition in 2017 of the provision of safety and rescue services for the Honda Indy Toronto and the commitment to cover an entire season of racing for a series.

“Last year, the Ontario based APC United Late Model Series decided to bring us on to serve them for their entire season,” Bates added. “We also served as the official safety team for the FIA Formula E event that was held in Montreal last summer.”

Montreal is considered the ‘home’ base for CMRT as their training facility is located on the outskirts of Montreal. The team uses replicas of Formula 1 cars, NASCAR stock cars and various racing seats and restraint systems in its training held year round at the facility and online for its members.

As for staffing events and tracks, Bates adds their team of professionals is committed to providing comprehensive service to the event.

“We’re on site from the time teams start to arrive until they leave so it’s not just during the race itself,” Bates said. “Competitors appreciate us being there and they’ve told us they feel they can race a little harder knowing if something happens there’s a dedicated safety crew on site to assist them if needed.”

CMRT is also finalizing its curriculum to revamp an SFI program for tracks in Canada beginning in the New Year.

“With this training we can show a track how they can stock a truck with basic equipment to assist in an emergency for just around $1,000,” added Bates. “Those items can make a big difference in saving a life at the track.”

Another notable achievement by CMRT is the development of its own trademarked motorsports extrication device (MED) that was created after five years of research and development. The carbon fiber device fits into any racing seat to assist in safely removing an injured driver.

Dr. Seal and Mr. MacDonald also sit on the board of directors of the International Council of Motorsports Sciences (ICMS), a group of industry experts who strive to make racing safer through research, education and dissemination of proven practices. Dr. Seal leads the curriculum committee and oversees the annual Race Track Safety Program in Indianapolis.

“We just want to help in all aspects of safety associated with racing in Canada and it’s been a labor of love,” Bates said. “We all volunteer our time and resources to be there for the racing community and make it as safe as it can possibly be every time a driver or crew member participates in an event in Canada.”