The third-generation racer whose grandfather is Mario Andretti and father is Michael Andretti held off local star Luke Fenhaus in a two-lap shootout to take the win at the 1/4-mile, high-banked asphalt oval.

“Honestly, I know it’s not a popular win, but I tried to be as clean as possible,” said Andretti, 34. “I’m so proud of him (Fenhaus). I’m trying to learn from him, to be honest with you. Just delighted to be able to do it without touching him.

“I know it’s not a popular win, but us old guys have to get it when we can. He’s young, he’s got a lot of time ahead of him. I had so much fun.” 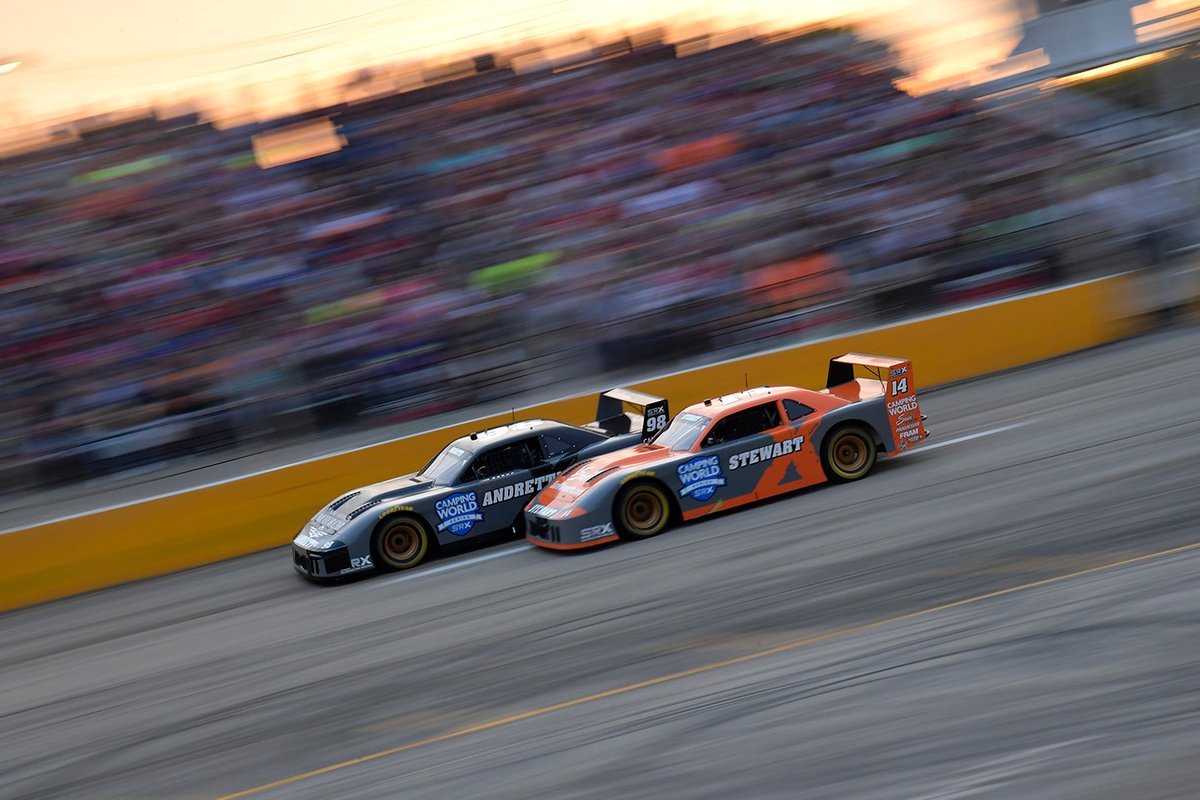 Andretti beat the 17-year-old Fenhaus to the checkered flag by .194 of second in a green-white-checkered finish. Fenhaus had earned his spot in the 12-driver SRX field by winning Tuesday night’s Slinger Nationals.

“I think he (Marco) jumped it a little bit, which didn’t help me at all,” Fenhaus said. “I was better on the top. I felt like we could roll on the outside. I was just worried that he’d shove me up the race track if I went to the outside.

“I probably would’ve lost either way. He would’ve run us hard. It is what it is. Second place, I can’t complain.”

Tony Stewart finished third to pad his lead in the series standings to 38 points over second-place Ernie Francis Jr.

“My buddy Marco winning the race and us having another podium finish and gaining some more points in the standings with one race to go is a big deal to me,” said Stewart, who has two SRX wins this season. 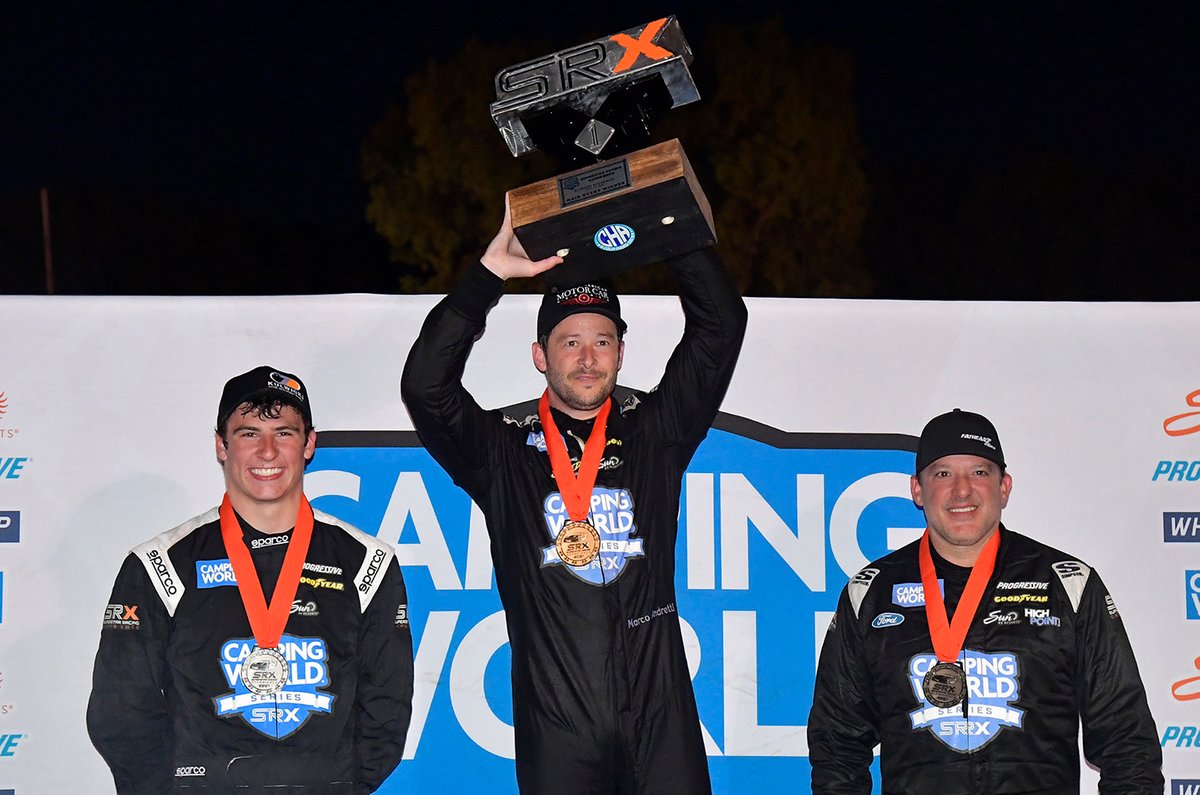 SRX Series Championship Standings (after Round 5 of 6):