Four-time Indianapolis 500 champion Helio Castroneves was a late entry to Saturday night’s SRX Series season opener and still came away with the victory.

Castroneves had planned to run a partial schedule in the Superstar Racing Experience Series (SRX) this season but not the season opener at Five Flags Speedway in Pensacola, Fla.

However, that changed Friday night when Castroneves asked if it was too late to join and he was added to make it a 13-car field.

He didn’t disappoint, winning one of the heat races, then took control of the main event from his IndyCar Series buddy Tony Kanaan on Lap 62 of 75 and cruised to the checkered flag.

“I pulled every string, every sweat I had there. What a fun series man. That was so much fun,” Castroneves said. “Thanks to SRX for the opportunity. I wasn’t even supposed to be here today and look, we ended up getting the trophy.

“It shows this series is amazing and I’m so happy, so happy.” 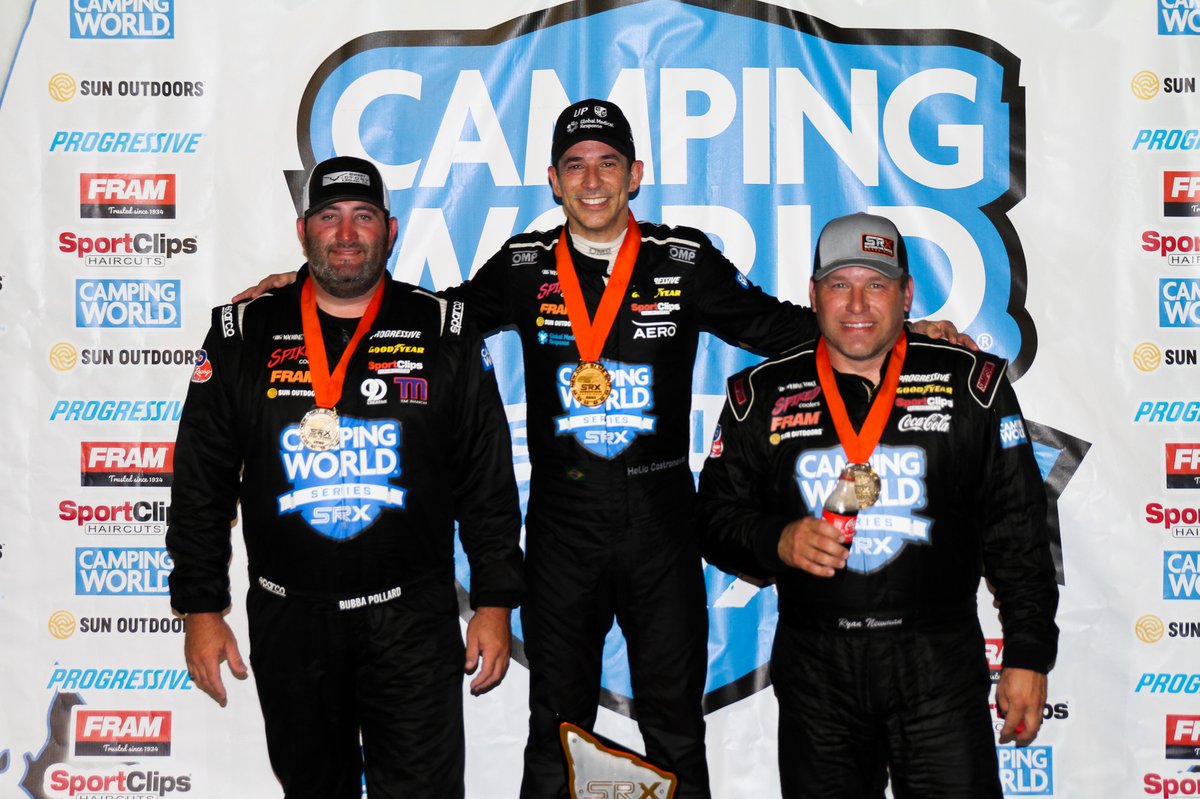 “It was a lot of fun racing. I can’t thank everyone enough for this opportunity. Once in a lifetime opportunity,” Pollard said. “I can’t say enough about SRX, HightPoint coming on board, everyone that has helped me get here. It’s been a lot of fun.”

The action kicks off at 8 p.m. ET on CBS and will stream live on Paramount+.

Tony Stewart earned his second SRX Series win of the season, beating Marco Andretti in a two-lap shootout at I-55 Raceway in Pevely, Mo.

Ryan Newman used a traditional NASCAR bump-and-run to get by Marco Andretti and earn his first SRX Series victory of the 2022 season.

Four-time Indianapolis 500 champion Helio Castroneves was a late entry to Saturday night’s SRX Series season opener and still came away with the victory.