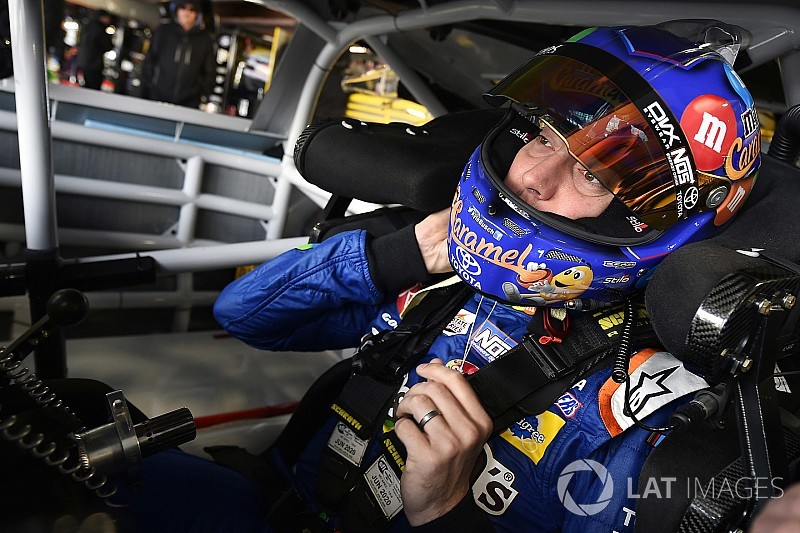 Two NASCAR Cup champions in Martin Truex Jr and Kyle Busch have raised concerns that a 13-year-old will become the youngest driver to race in the top-tier of Late Models.

Seventh-grader Jake Garcia will make history as the youngest driver to compete in the pro-late model division, the top tier points series, race at Nashville.

Garcia turned 13 in March and has raced since he was five-years-old in quarter-midget and midget cars. He will now race a stock car with 500bhp at speeds of up to 140mph.

Kyle Busch started his racing career proper at the age of 13 in Legends cars, but says that a similarly aged drivers should not be allowed to compete in Late Models.

“I don’t know that it’s just smart to start at 10 or start at 13 in a Late Model, that absolutely should not be possible,” said Busch.

“It was just a big deal at 16-years-old for me. I think that there’s kids that can handle it.”

Busch pointed to reigning Xfinity champion and Hendrick Motorsports driver William Byron as an example, who started racing at 15 having honed his skills in online racing.

“He [Byron] got a late start like I did so you can still have a late start and be good and be able to make it to the big time.

“I don’t think you have to be so young getting in and pushing yourself along.”

Truex took a softer stance, saying it is tough to judge a driver’s capability on age alone.

“I guess it’s a tough line to draw. I’m sure there are some kids that are ready for it and, obviously, we’ve seen kids at 13, 14 or 15 be successful at short track racing, Late Models or whatever, you name it.

“I would say that there is nobody that should say you can’t do it. I guess the hard part is what happens when somebody is thrown in there that really can’t do it or he thinks he can or parents think you can.

“I can’t imagine what I could have learned from the time I was 14 until I was 18 – you’re talking about four years of racing, that’s a lot of races, a lot to learn and a lot of divisions to get up through as well.”