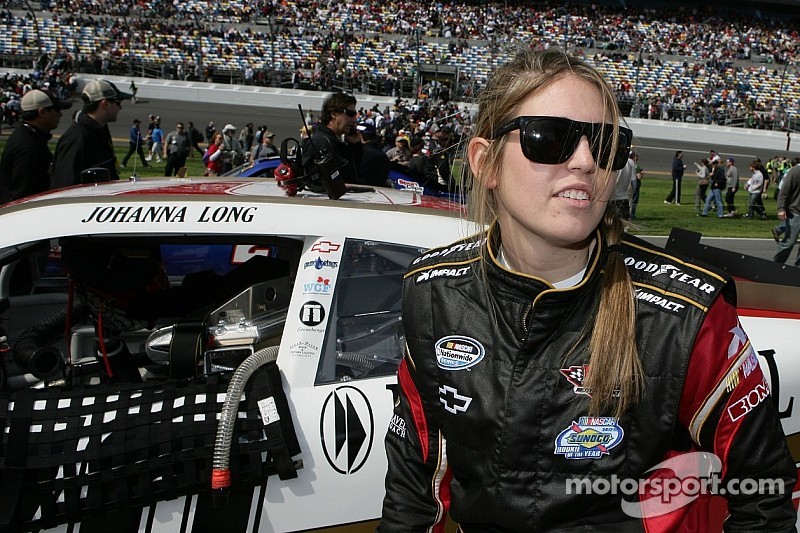 Johanna Long grew up minutes away from Five Flags Speedway in Pensacola, Florida. She knew how special the Snowball Derby was to her town, to race fans and of course the teams that put it all on the line to try to win the most prestigious short track race in the United States.

Johanna Long won the 43rd edition of the Snowball Derby in 2010. There's no doubt about it, her win on that December day at Five Flags Speedway is her biggest win to date.

"It was very special for me and my family," Long told Speed51.com powered by JEGS. "My dad tried for 10 years. To get that win for him was special. To share it with my family, being a minute from that race track, it meant so much. That's something I'll never forget."

Since her Snowball Derby win in 2010, Long has been plagued by a wide variety of issues on race day that have not allowed her to compete for her second win in the event. She's hoping that this year she will have a little bit of luck on her side and will be able to visit victory lane at Five Flags Speedway once again, live on 51 TV. Doing so would be huge for the confidence of the 22-year-old driver.

"I haven't won a race since the last Snowball Derby in 2010," she said. "It would just be a big confidence boost for me, but also for my family."

Long has made 41 starts in the NASCAR Nationwide Series since 2012 with a career best finish of 12th (twice). Competing in one of NASCAR's top-three series, she's been able to grow a fairly large fan-base, and she knows that many of those fans hail from her hometown of Pensacola. Many of those fans will also be in attendance cheering her on throughout the 47th Annual Snowball Derby.

There since she was 13

"I've been racing at that race track since I was 13-years-old," she said. "I've grown fans from that race track over the years and I just don't want to let them down. I want to run well and I want them to keep on believing in me."

Long will be in Scott Carlson's No. 21 for the Derby this year with support from Anderson Subaru. Long said that winning the Snowball Derby for Carlson would make it extra special.

"He hasn't won the Derby and he's been trying for a very long time," she said. "To get a Derby win for him and his family would just be really big."

The 47th Annual Snowball Derby kicks off on Wednesday, December 3 with the Cat Country/WEAR TV3 Green Flag Party. As the teams unload and begin the tech process, from 5-9 p.m. fans can meet the drivers and see the cars that will compete during Snowball Derby Weekend.

Finally, the 47th Annual Snowball Derby will then go green on Sunday, December 7 at 2 p.m. ET at Five Flags Speedway in Pensacola, FL.

Snowball Derby Week at Five Flags Speedway is an event