Francis, who has also made three NASCAR series starts in his career, led the final 65 laps in the 76-lap race and held off NASCAR Hall of Famer Bobby Labonte in a two-lap shootout to the finish.

“Man, I’m totally speechless, this is incredible,” said Francis, who beat Labonte by .649 of a second on the .686-mile, paved oval near Indianapolis. “Those last 10-15 laps felt like they were taking forever. It felt like an eternity out there, all the cautions. I was just trying to focus on a good restart.

“Me and Scott Speed went at it for a few laps there, side-to-side, and I didn’t know how that was going to end up. I ended up with a few donuts on the car, but man, couldn’t be happier with it, super incredible.

“I want to thank everybody from SRX, Ray Evernham and Tony Stewart for giving me this opportunity.” 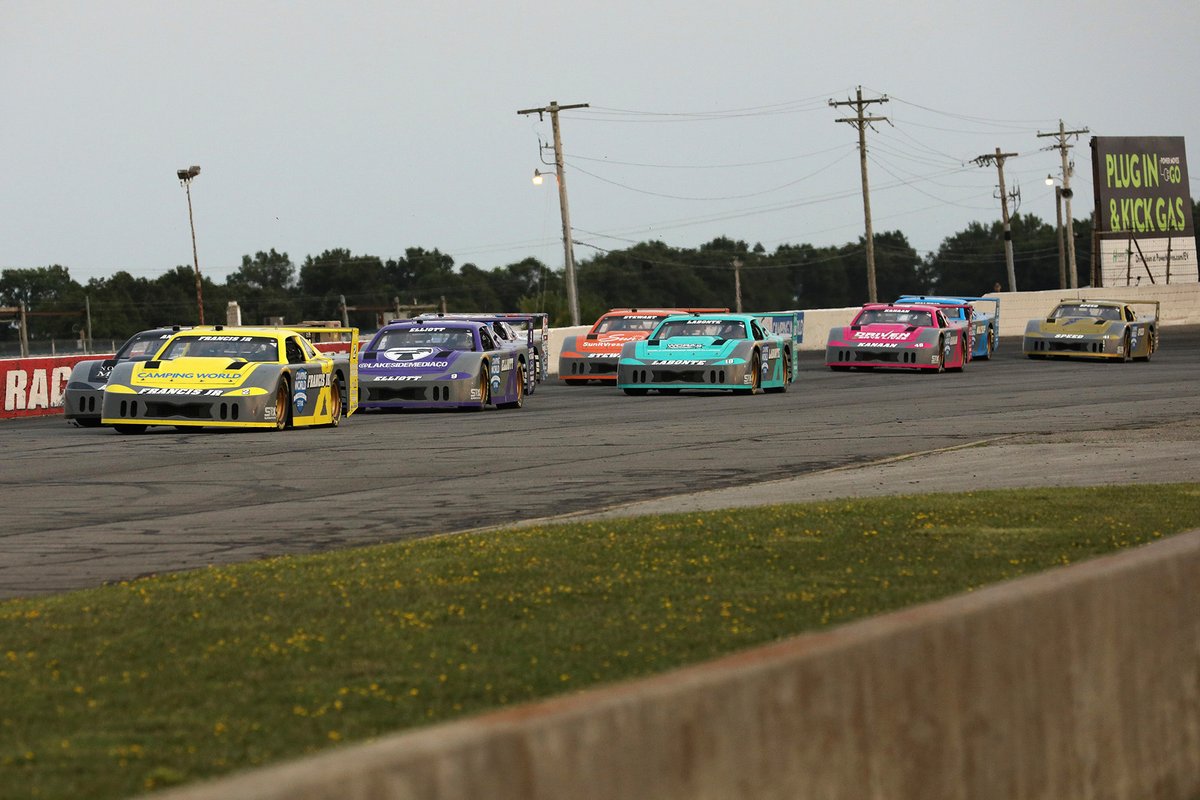 The win moved Francis, 23, into second in the series standings, 30 points behind leader Stewart, who had won two of the first three races.

“That last green-white-checkered when it was just me and Ernie, my car was just too tight and I didn’t want to get into him too hard – just needed to keep it together and bring it home,” Labonte said.

Speed, the former Formula One driver who transitioned to NASCAR and then Rallycross, finished third after leading the first 11 laps.

“Man, we had such a good battle, me and Francis,” said Speed, who won the first heat race. “We were definitely the best two cars and we were playing cat-and-mouse with our tires, saving them.

“And then, with 10 to go, it was ‘game on.’ We were both going to charge and we had such an awesome side-by-side race.”

SRX heads next to Slinger (Wisc.) Speedway on July 10; and its season finale is July 17 at the Nashville (Tenn.) Fairgrounds Speedway.

SRX Series Championship Standings (after Round 4 of 6):