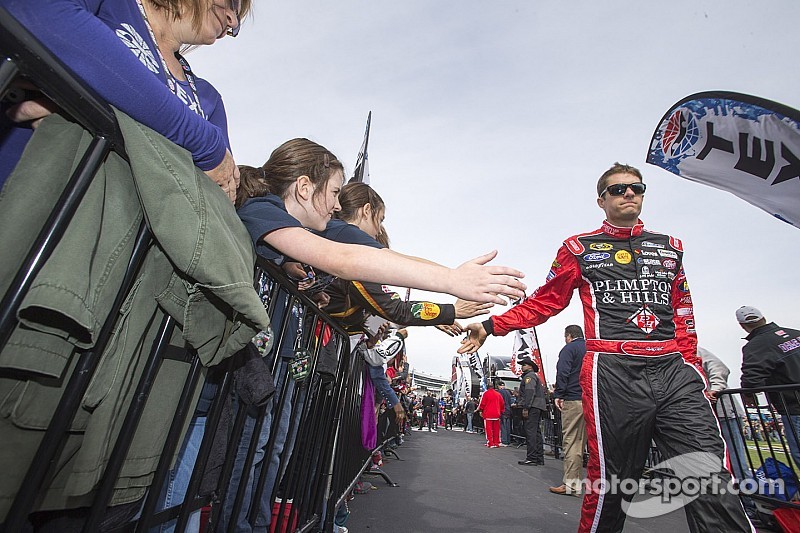 Race to be held in Georgia January 24 and 25th.

Champion Racing Association Powered by JEGS officials have announced the first group of entries that have arrived for the upcoming SpeedFest 2015, which will be held on Saturday, January 24th and Sunday, January 25th at Watermelon Capital Speedway located in Cordele, Georgia. As is tradition, this event is held the weekend prior to the Super Bowl every year.

NASCAR Sprint Cup competitor David Ragan tops the list of entries to date for the 200 lap ARCA/CRA Super Series Powered by JEGS event with SpeedFest 2015. Ragan is still looking to get his first CRA win and would love nothing more than to get that win at Watermelon Capital Speedway, which is located just down the road from his hometown Unadilla, Georgia. Ragan lead the first nine laps of last year’s event, before being passed by eventual winner Chase Elliott, but did get a fourth place finish. Ragan finished seventh in the event in 2013 and third in 2012.

Other entries to date for the 200 lap Super Late Model event with SpeedFest 2015 include John Hunter Nemechek, son of NASCAR veteran competitor Joe Nemechek and winner of the Snowball Derby in December. Harrison Burton, the 14 year old son of NASCAR legend Jeff Burton, is also entered. Both those drivers will pull double duty competing in both feature events with SpeedFest. A couple of other NASCAR Drivers sons are entered, Kyle Grissom, son of former NASCAR Xfinity Series Champion Steve Grissom and Todd Gilliland, son of NASCAR Sprint Cup competitor David Gilliland are both entered for the SpeedFest 200.

Canadian Dominique Van Wieringen, a former winner in the JEGS/CRA All-Stars Tour, is entered in her first Super Late Model event for NEMCO Motorsports. Georgia native Scotty Ellis is entered, along with North Carolina racer Cole Timm, a winner with the PASS South Series in 2014 and ARCA Racing Series regular Austin Wayne Self from Texas, who will also do double duty.

Additional entries for both events are expected to continue to arrive over the next two weeks leading up to the event.

Track and SpeedFest 2015 information can be found at www.watermeloncapitalspeedway.com.